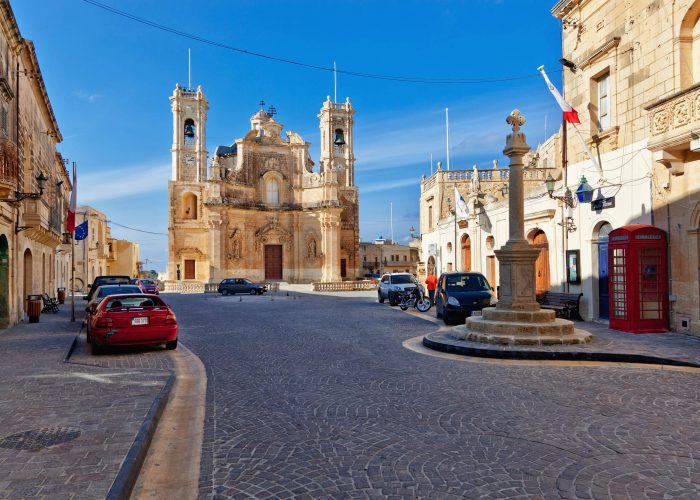 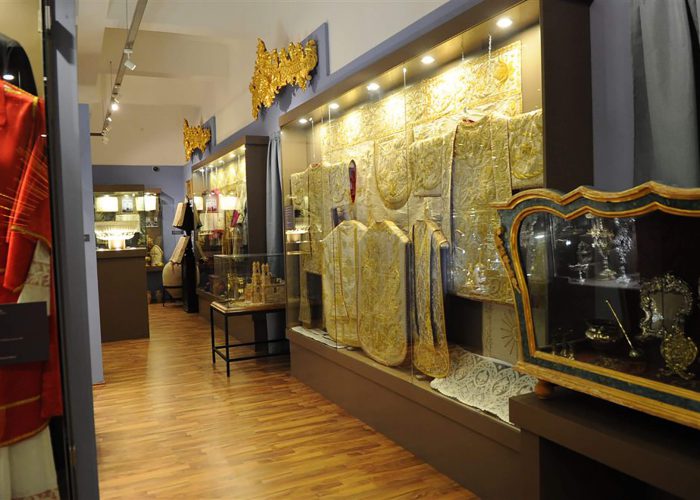 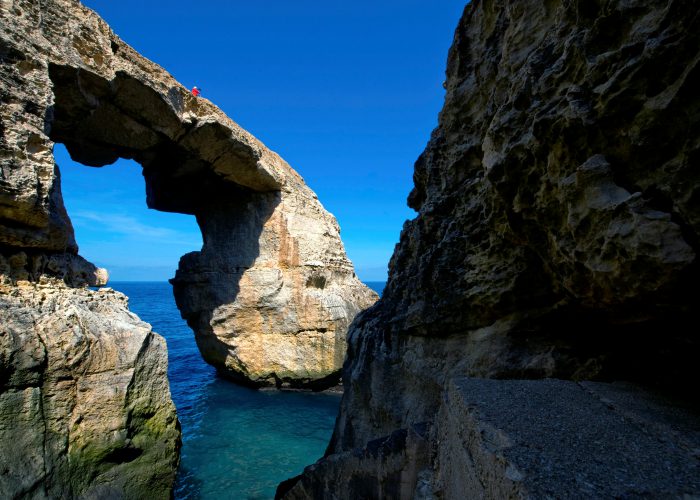 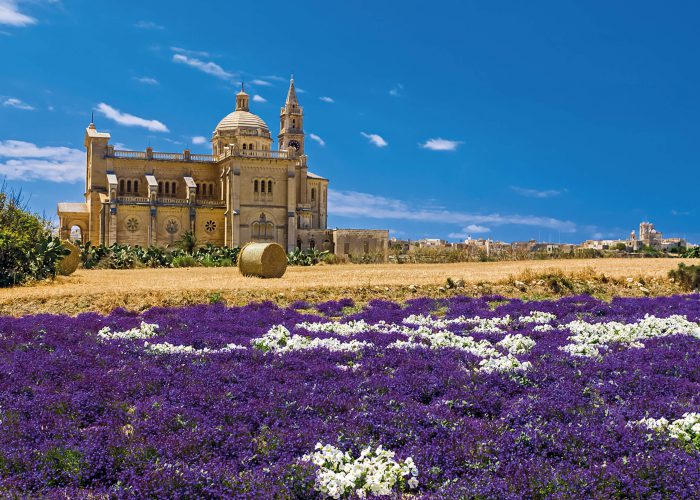 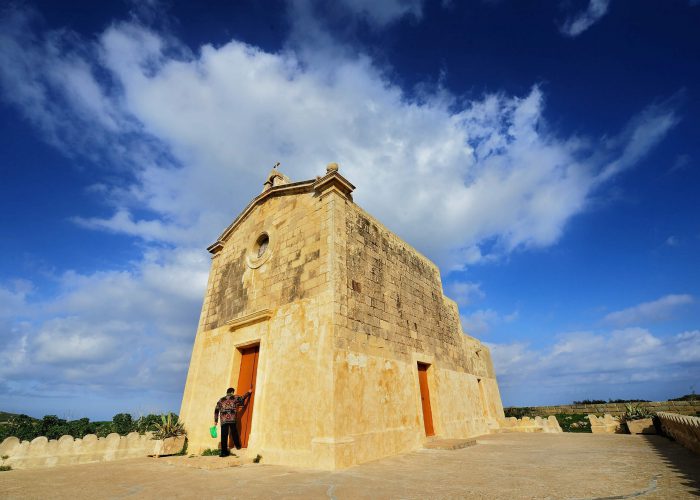 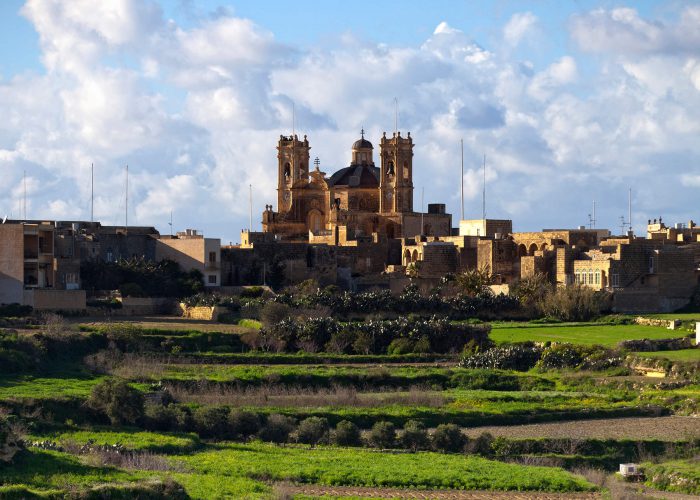 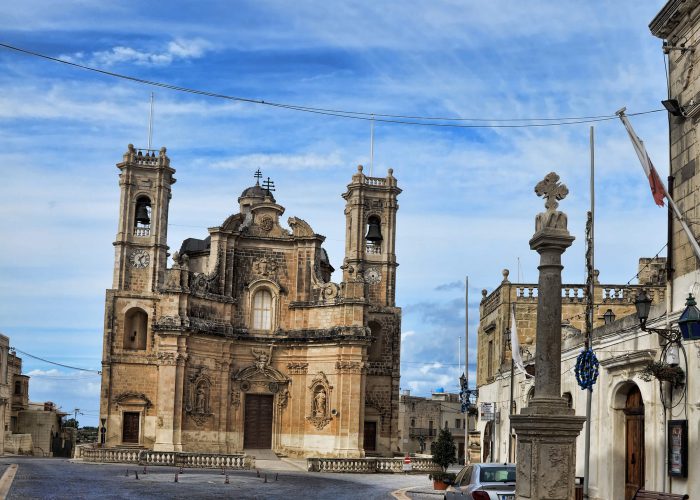 L-Għarb is a particularly attractive and interesting village and one of Gozo’s oldest. Archaeological excavations have revealed the remains of Neolithic and Bronze Age settlements (not visible today). The Phoenicians were here followed by the Romans and Byzantines. The name L-Għarb, though, is Arabic, suggesting the establishment of an organised community here during Arab domination between 870 and 1090 AD.

L-Għarb is a traditional village. Its character is distinctly rural and until very recently it was populated almost exclusively by people who worked the surrounding fields in this fertile area of Gozo. They retained an old Maltese dialect, with a rich vocabulary of old words and pronunciations long since discarded by the rest of the population. The people of l-Għarb are also renowned craftsmen mostly famous for the manufacture of the unique “l-Għarb blade”, a tradiitonal sharp knife popularly known as the “Sikkina ta’ l-Għarb”. Even today, L-Għarb is home to blacksmiths, locksmiths, cotton weavers and lace makers, carpenters and masters in cane-work. Gharb is also known for producing able fishermen, while Għarb shepherds produce the best Gozo Cheese on the Island.

This makes it a very appropriate place for the l-Għarb Folklore Museum, which occupies an historic house in the heart of the village. The 28 rooms contain all sorts of curiosities linked with traditional trades, crafts and daily life. The building that houses the museum was once home to Frenc Mercieca (1892-1967), popularly known as Frenc ta’ l-L-Għarb, a saintly ‘wise man’ who cured many people with a mix of medicinal herbs and prayer to Our Lady. He left doctors perplexed by his successes and his reputation spread rapidly throughout the Maltese Islands and even abroad.

Also open to visitors is the former home of another saintly resident, Karmni Grima, the woman who heard the voice of Our Lady at Ta’ Pinu and began the devotions that have turned it into Malta’s most important shrine. Ta’Pinu , today a large and important church, lies on the edge of Għarb and is well worth a visit. So too is the hill opposite which has a steep but pleasant path leading to the top, adorned with white marble statues of the stations of the cross.

Also close to Gharb is the Ta’ Dbiegi Crafts Village, where various handicrafts are made and sold. Visitors can watch craftspeople creating mouth-blown glass, Gozo lace, pottery and filigree, and of course purchase the results.

Historically, Gharb played an importrant role in safeguarding Malta. Gharb’s coastal lookouts were, for example, the first to signal the arrival from Sicily of reinforcements for the beleaguered Maltese under the Knights of St. John in the Great Siege of Malta in 1565. During that time of constant threat from the Ottoman Turks and marauding Berbers, the L-Għarb lookouts were crucial, sending smoke signals to Malta to warn of approaching peril.

L-Għarb is the second oldest village parish in Gozo, established in 1679. The old church, known today as “Taż-Żejt”, served as the parish church for fifty years. It is called ‘Taz-Zejt’ (zejt meaning oil) because of a legend that says that an old woman found oil oozing from the side of the church, spread it over her body and was cured of her ills.

Today’s impressive Parish Church and Collegiate Basilica that dominates the pretty square at the heart of the village, was built in 1699 and consecrated in 1729. It is dedicated to the Visit of Our Lady to her cousin St. Elizabeth, popularly known as the Feast of the Visitation. The feast day is on the 31st May each year and the festa is held on the first weekend of July.

A short and pleasant walk out of the village towards the coastal cliffs is the tiny chapel of St.Demetrius. Legend has it that Turkish raiders once stole the young son of a local lady called Sgugina. After the poor mother wept her distress in front of the sacred altar painting of St Demetrius in the chapel, the story goest that the saint was seen riding his horse out of the painting, charging the Turks and returning Żgugina’s son safely to his mother.

The area around Gharb and St Demetrius’ Chapel is delightful for walking and enjoying the countryside. If you follow the little road along the Wied il-Mielaħ (valley) you will have a lovely meander through fertile Gozitan countryside before reaching the sea and a dramatic natural rock ‘window’ very much less visited than the iconic Azure Window at Dwejra.

Alternatively, you could just sit peacefully in Gharb’s picturesque village square, admiring the view of the church and the unique hand-carved stone balconies that adorn the village’s oldest homes, and watching the Gozitan world go by.