In-Nadur‘s monumental church is dedicated to the apostles Saints Peter and Paul. Its foundation stone was laid in December 1760 but the facade and aisles were built at the beginning of the twentieth century to a design by the renowned Maltese architect Francesco Saverio Sciortino.

The parish of in-Nadur was established in 1688. For some years the seat of the parish was the church of the Immaculate Conception in il-Qala. The present church was consecrated on 12 May 1867 and became Archipresbyteral in 1893. It became the third Collegiate of Gozo in 1894 and gained the title of Basilica on 26 June 1967. The paintings on the ceiling and in the dome are by the Maltese painter Lazzaro Pisani and depict episodes from the lives of Saints Peter and Paul.

The feast of Saints Peter and Paul, “L-Imnarja”, is celebrated on the 29th of June, which is also a National holiday. The feast’s name comes from luminaria (illumination) and is connected with the beginning of summer. 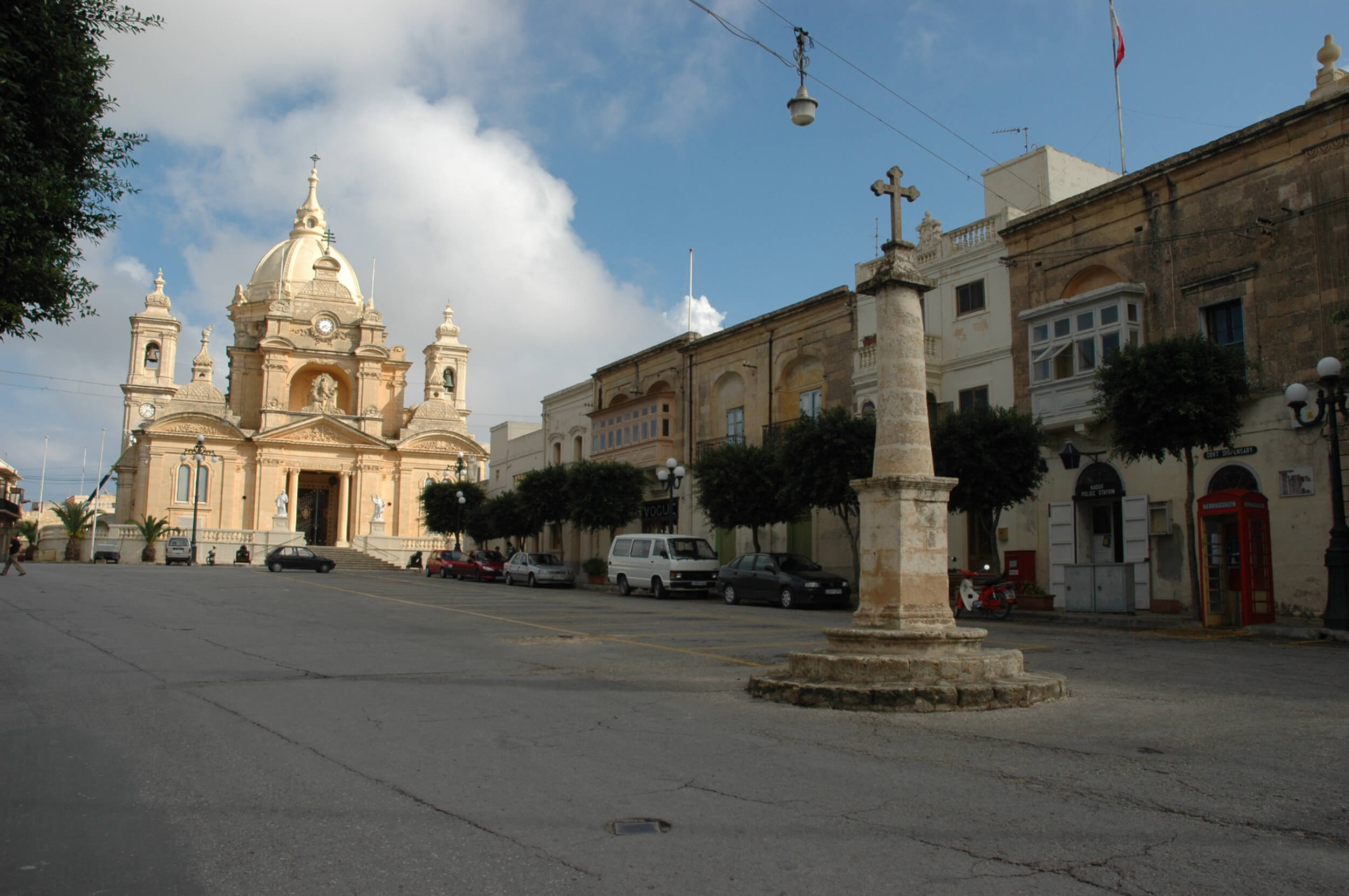 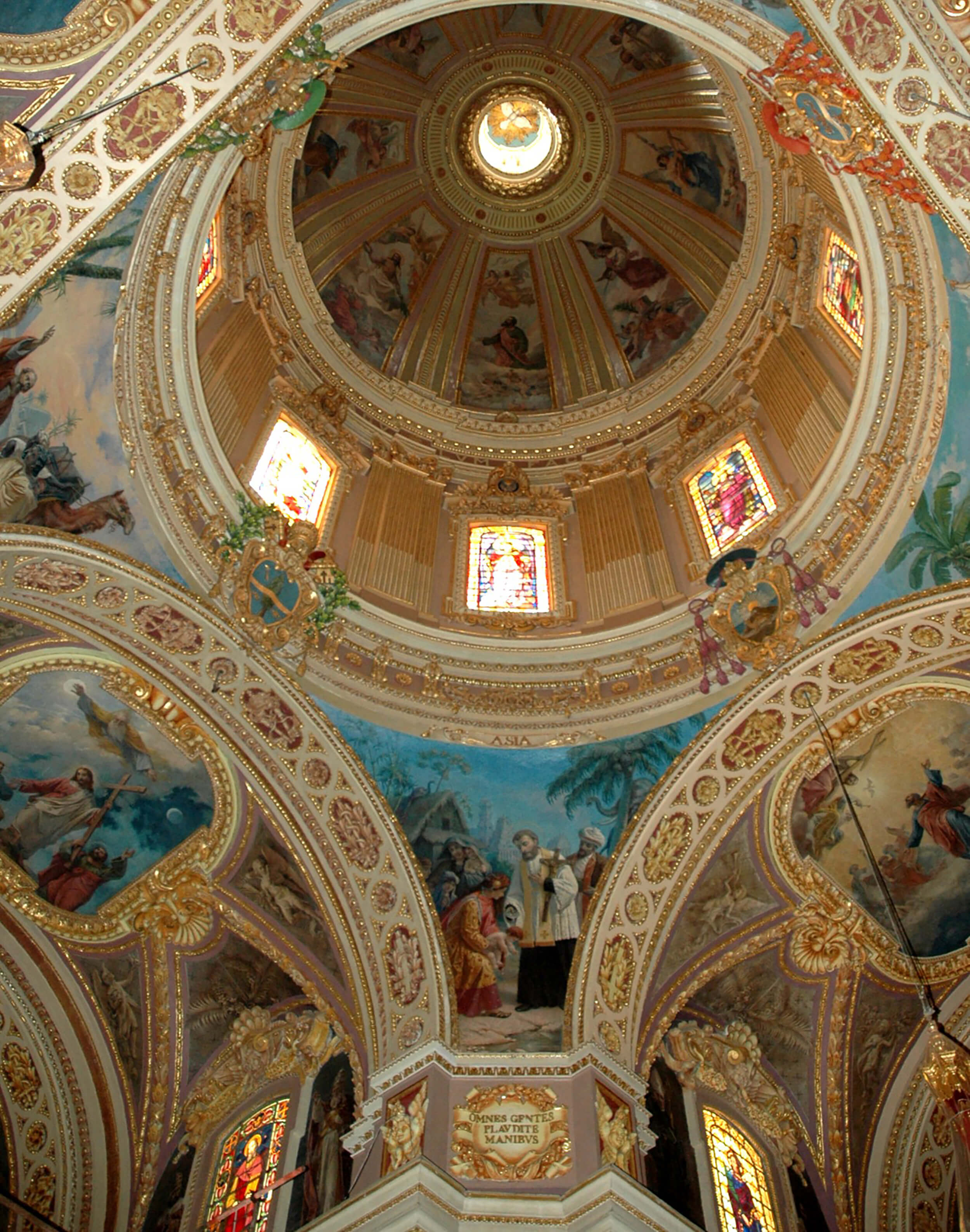 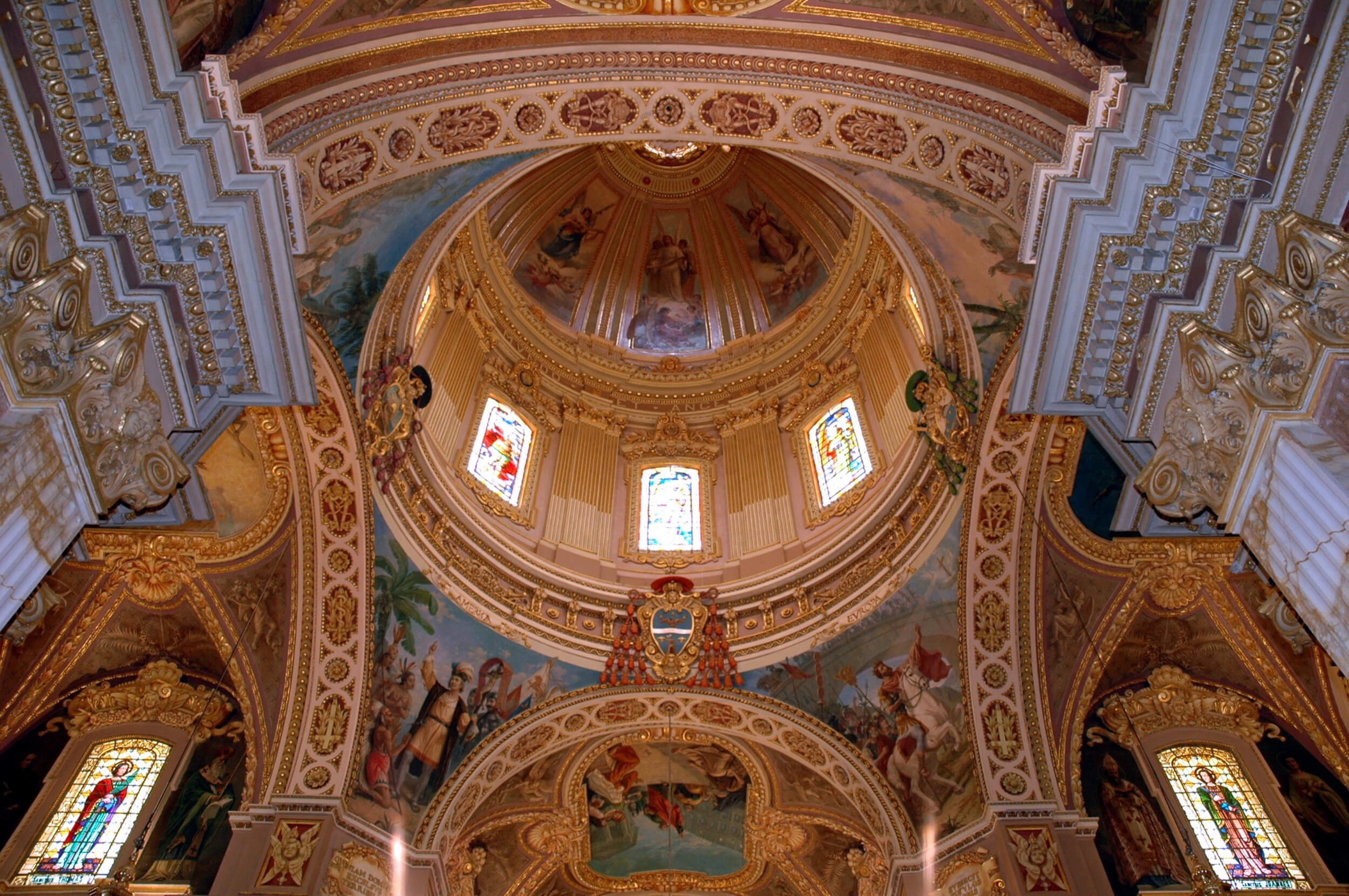 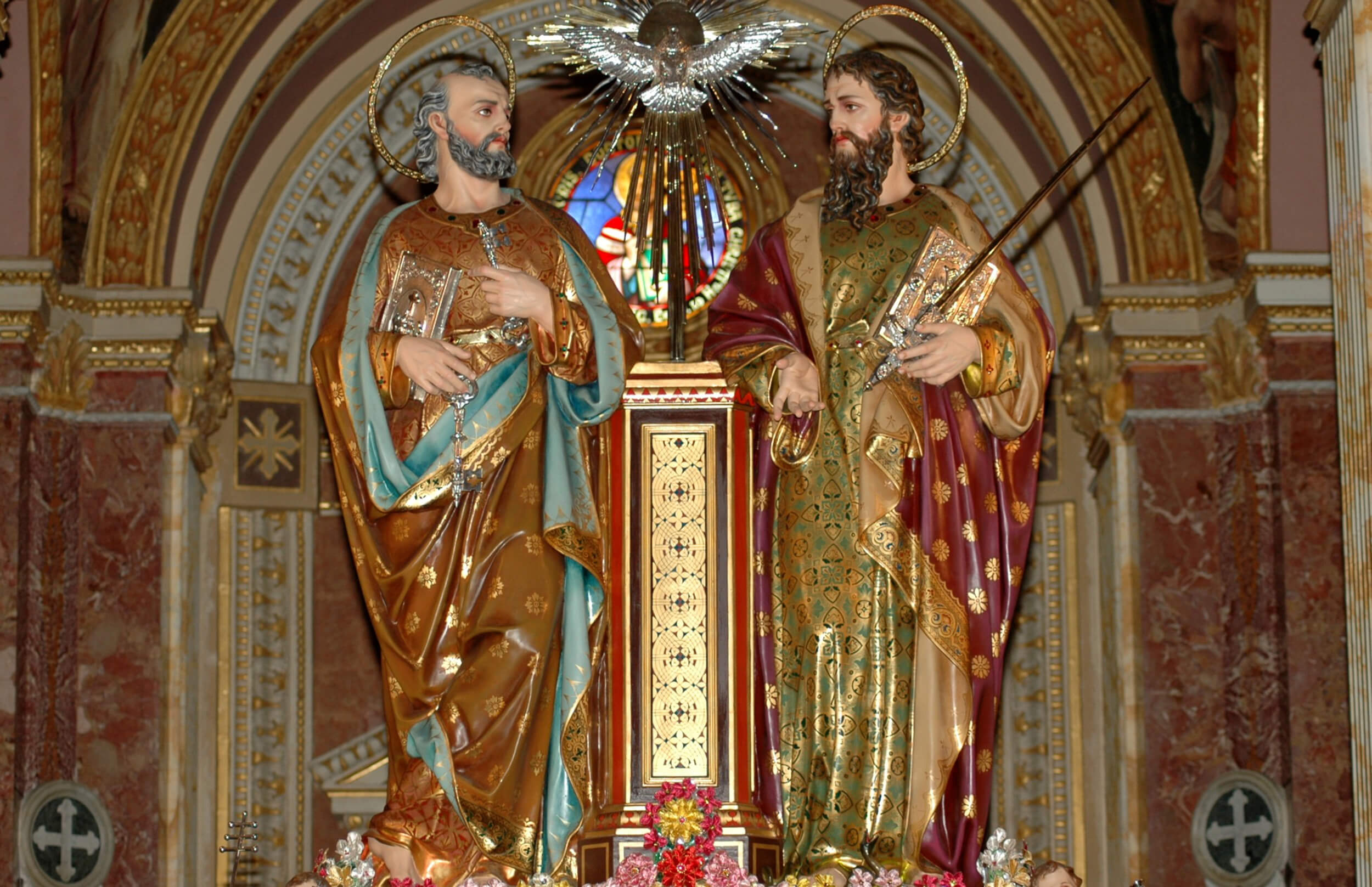 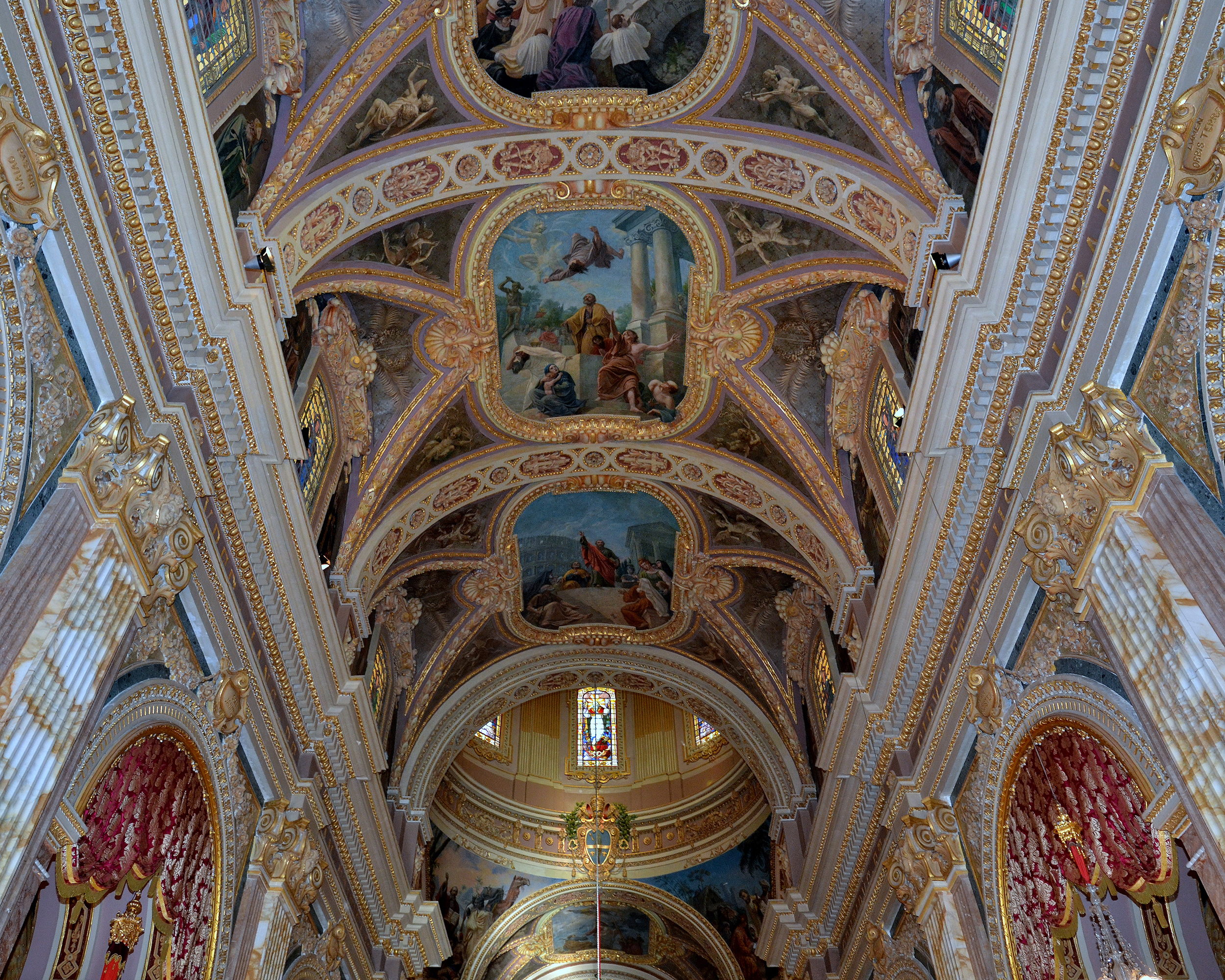 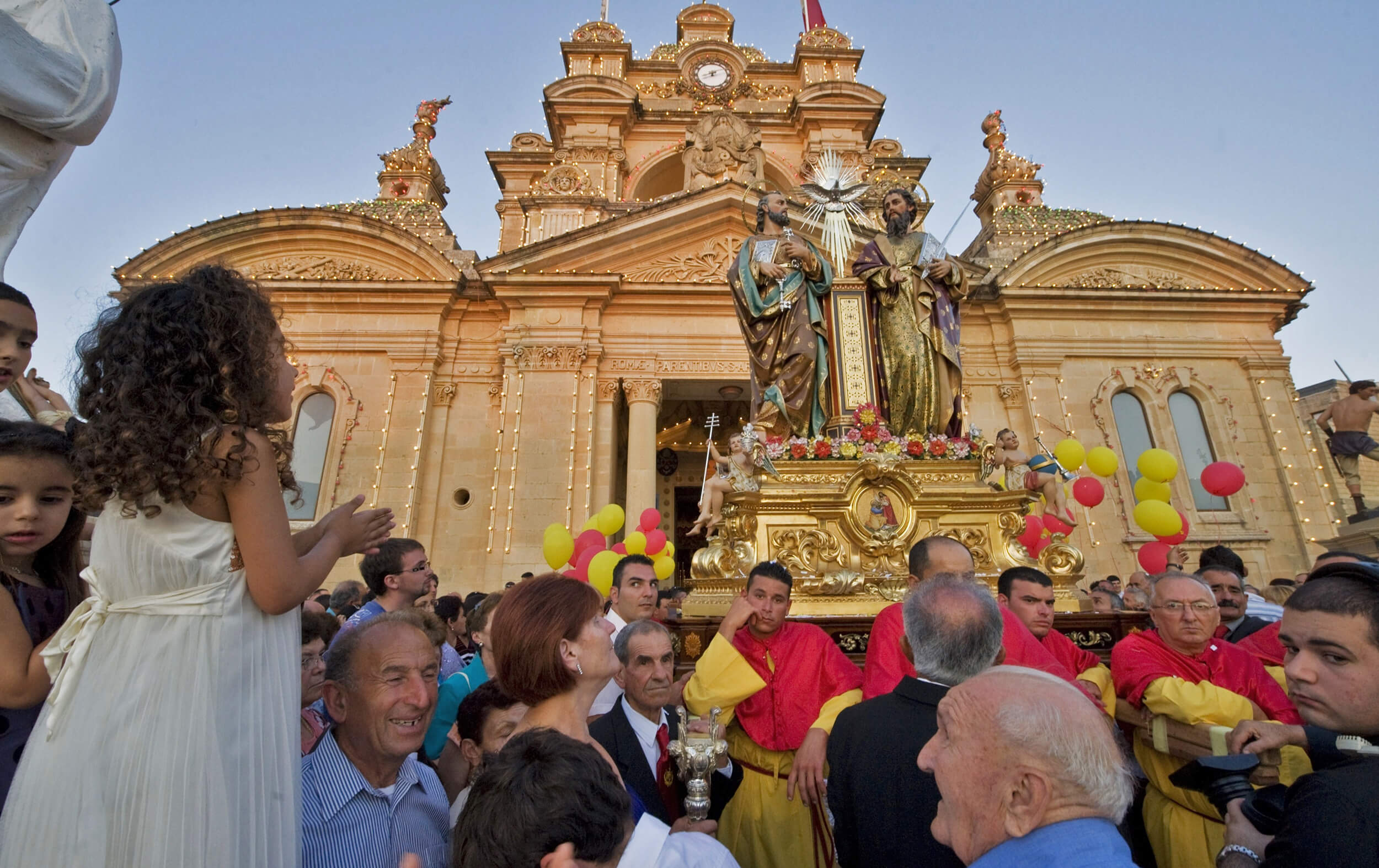 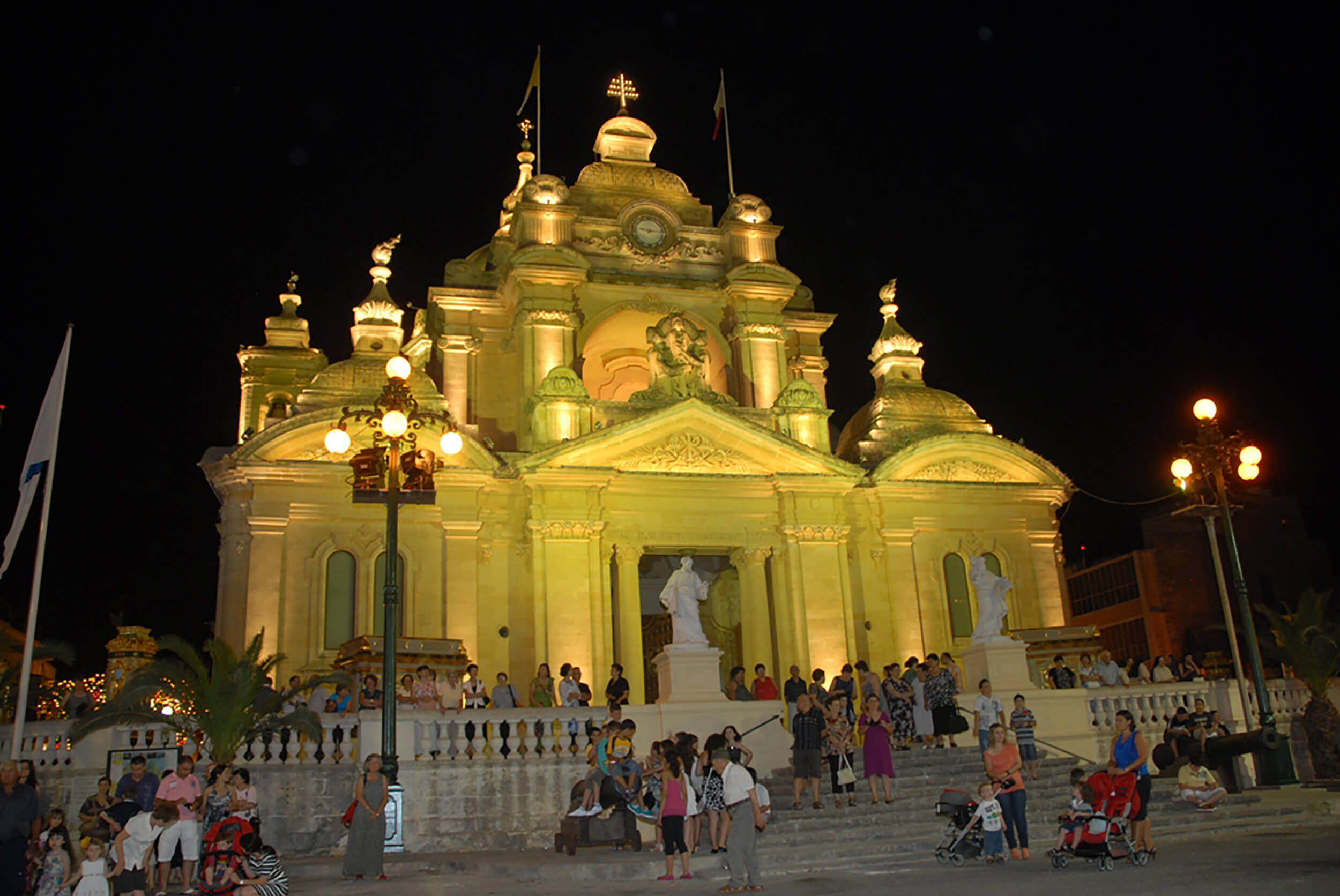 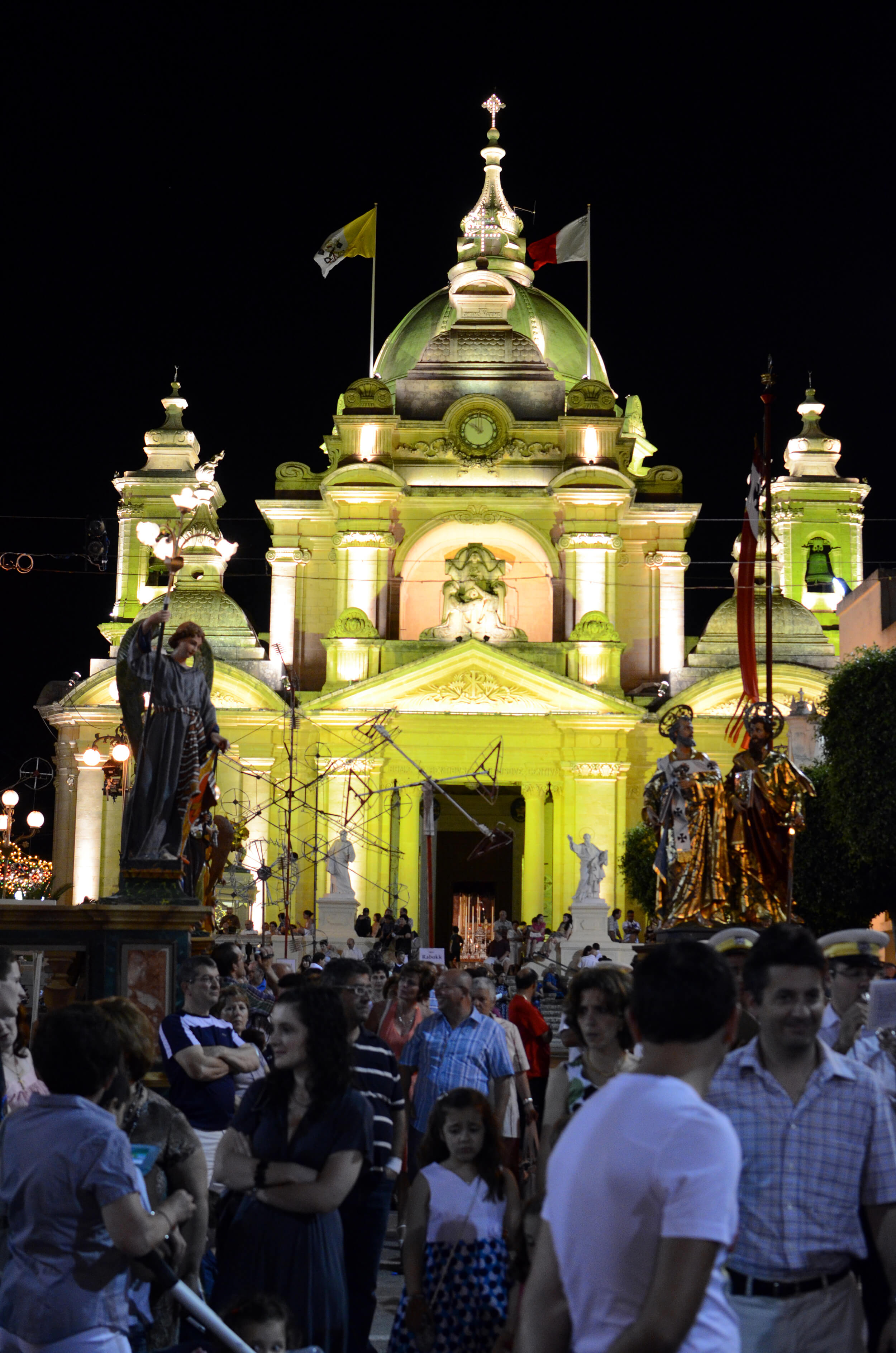