A unique windmill in its structure is the windmill which is known as the ‘Eight Corner’ or occasionally the ‘Eight Pointed’ Windmill, situated at the entry to the village of Xewkija. Its location is a strategic one on  the most frequented road  from Imġarr, which leads you to Victoria. Hence it cannot go unnoticed when passing by. As the same name bears, the windmill has an octagonal base with eight sides. This windmill was built in 1710 by Grand Master Perellos’ Foundation and is the oldest standing one in Gozo this day. Its first miller was Gio Maris Xikluna, from the Xikluna family of millers, which kept operating this windmill for several years. In the mid-19th century this windmill was passed on to the Camilleri family of millers which had the majority of the other windmills in Gozo. This windmill kept operating until it was hit by a huge fire which completely destroyed its operating mechanism and antennas in 1886 (Attard Tabone, J. M., Windmills in Gozo, from: A focus on Gozo, 1996. p. 158-171; Xerri, M., 2018. L-imtieħen tar-riħ u t-taħħana Xewkin, from: Gourgion, 2017 p. 109-111). The structure, made up of the base and tower only, remained like this for several years until it was restored by EU funds and returned to its original grandeur. It was inaugurated on 29 January 2021. 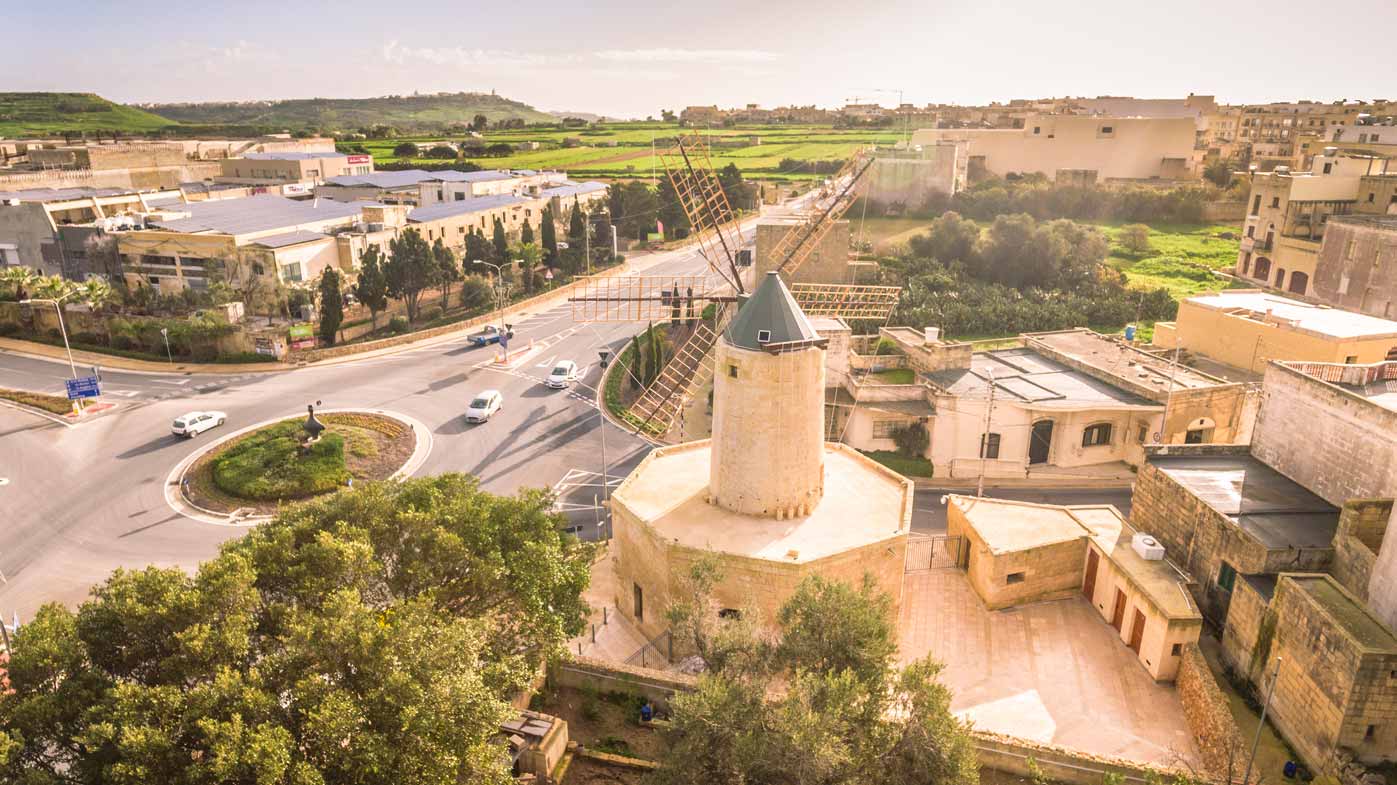 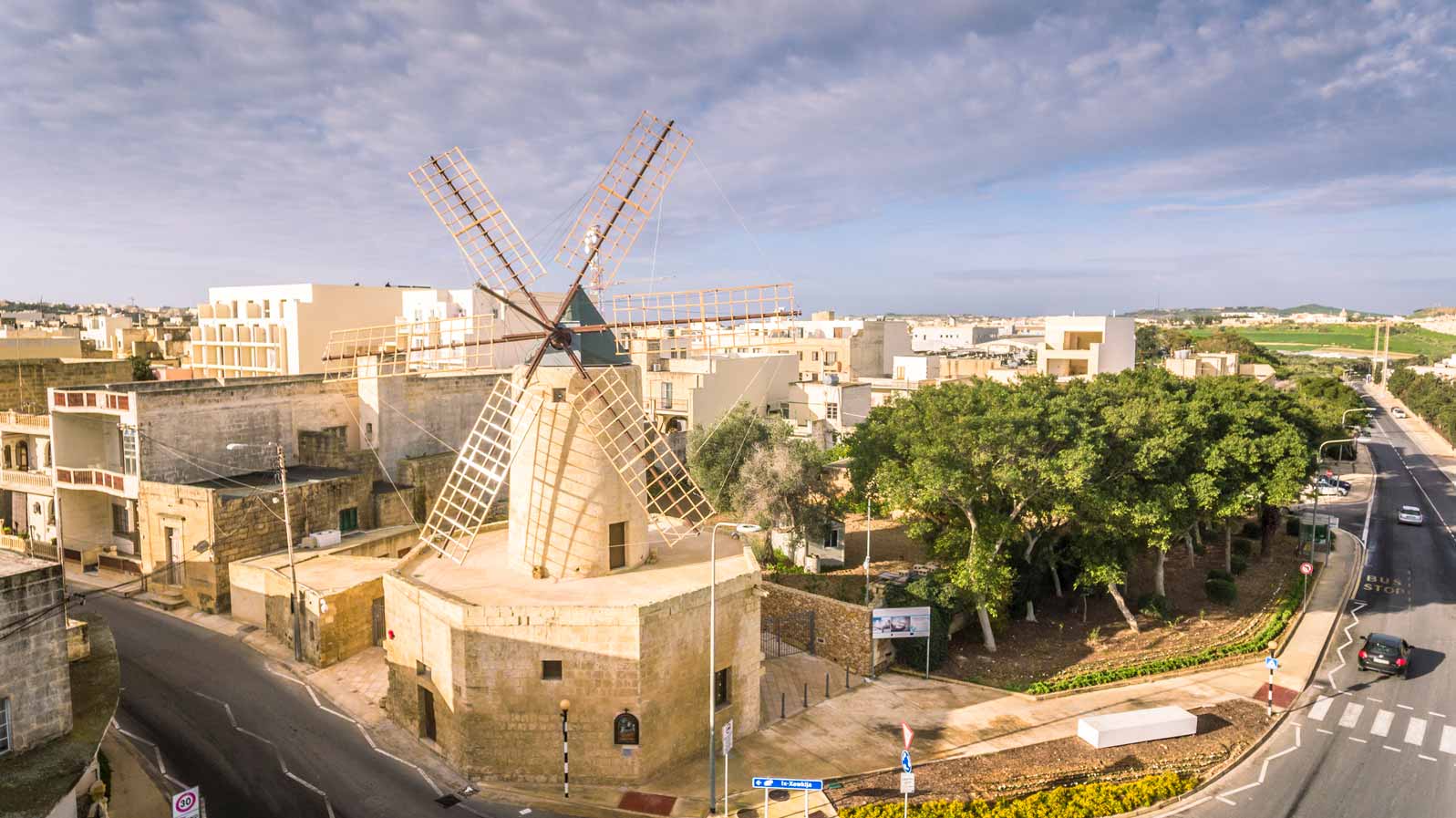 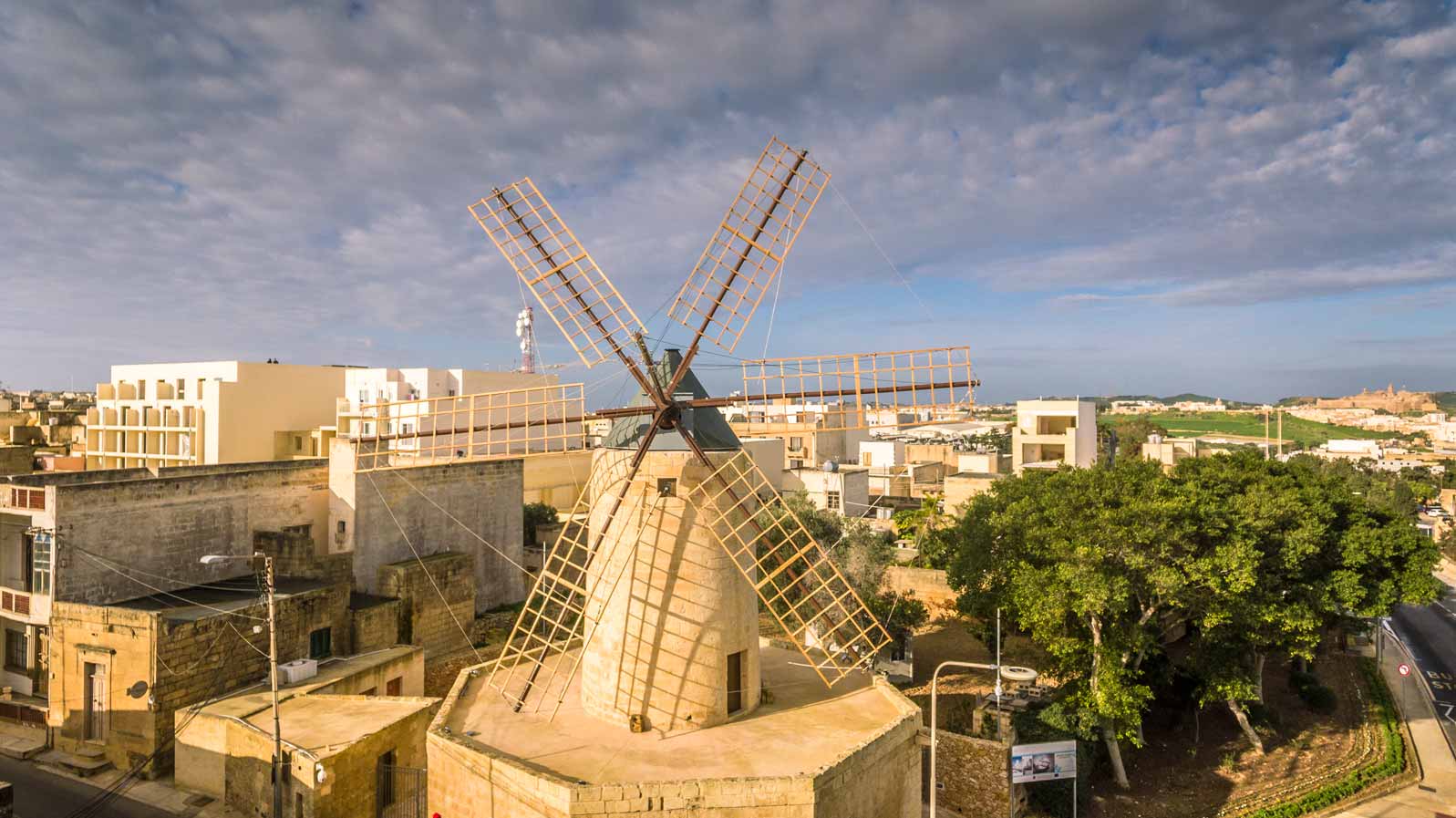 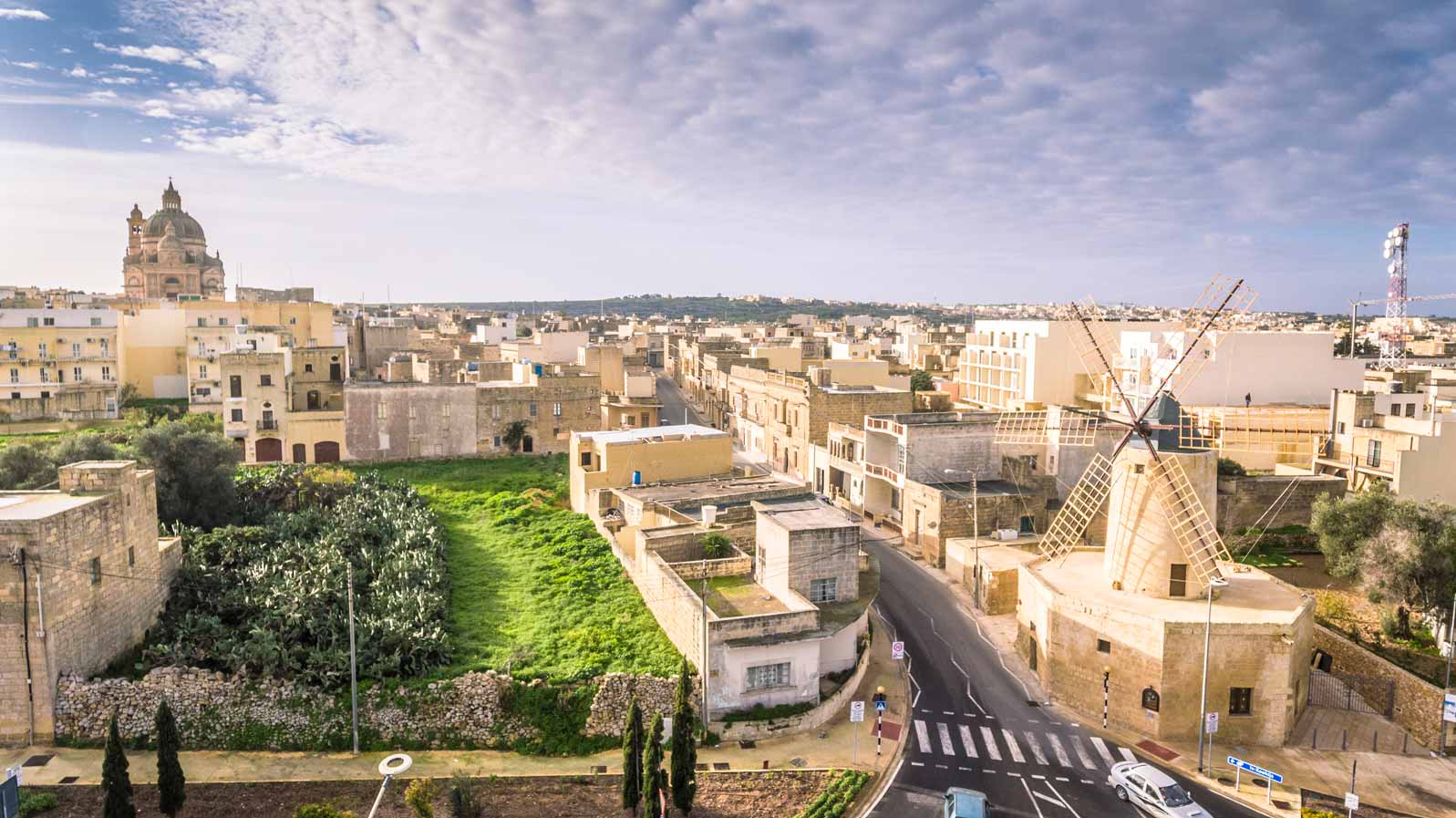 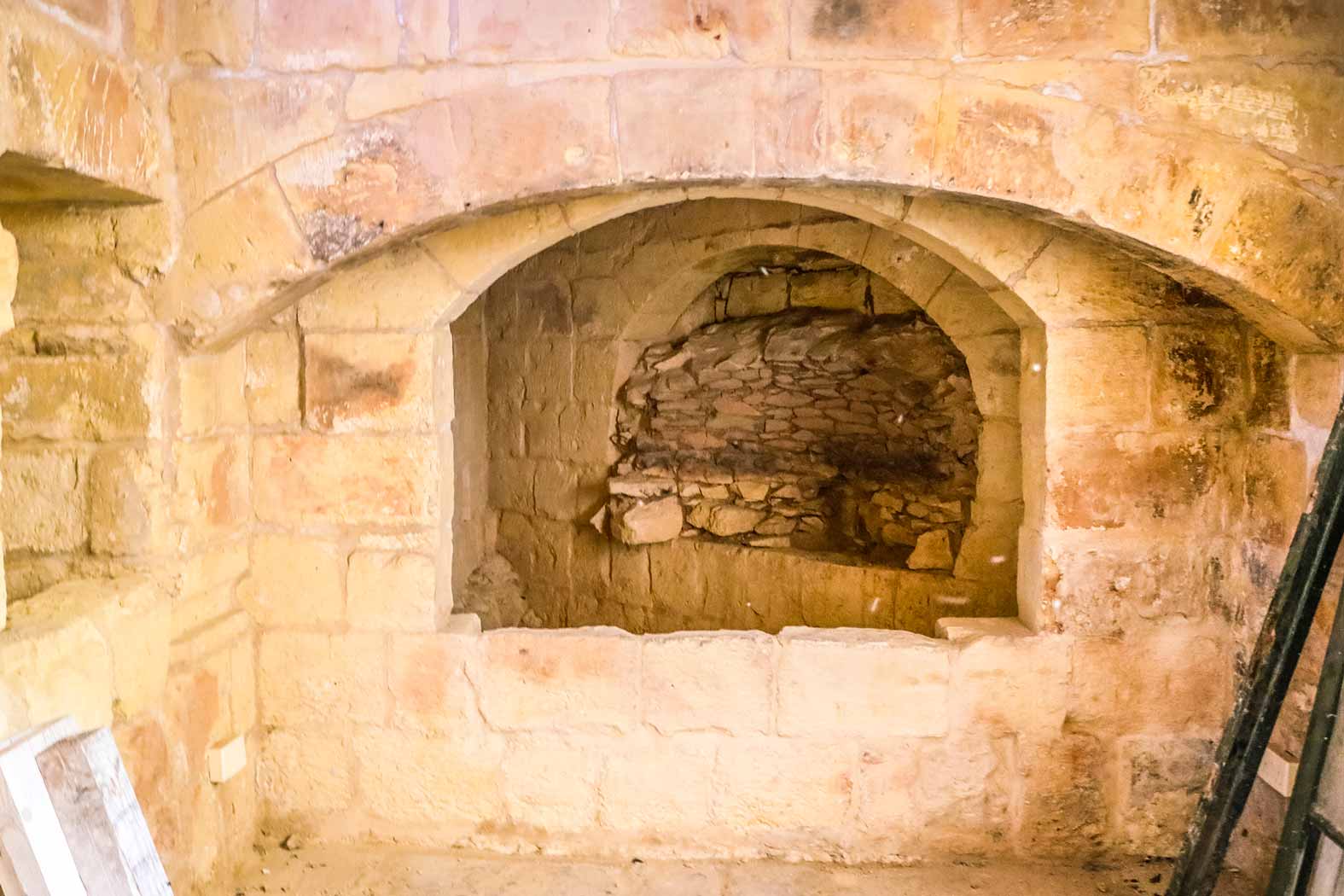 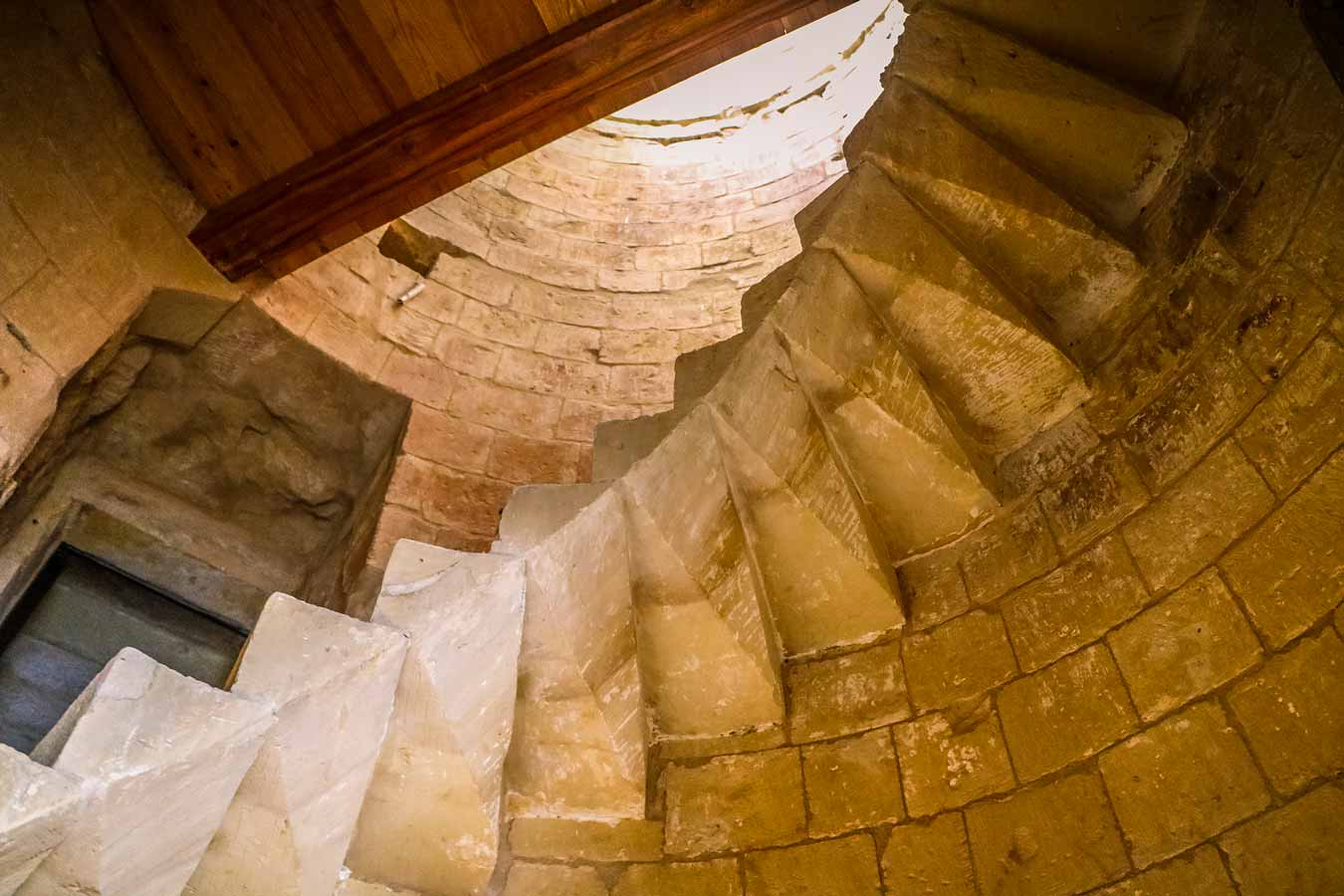 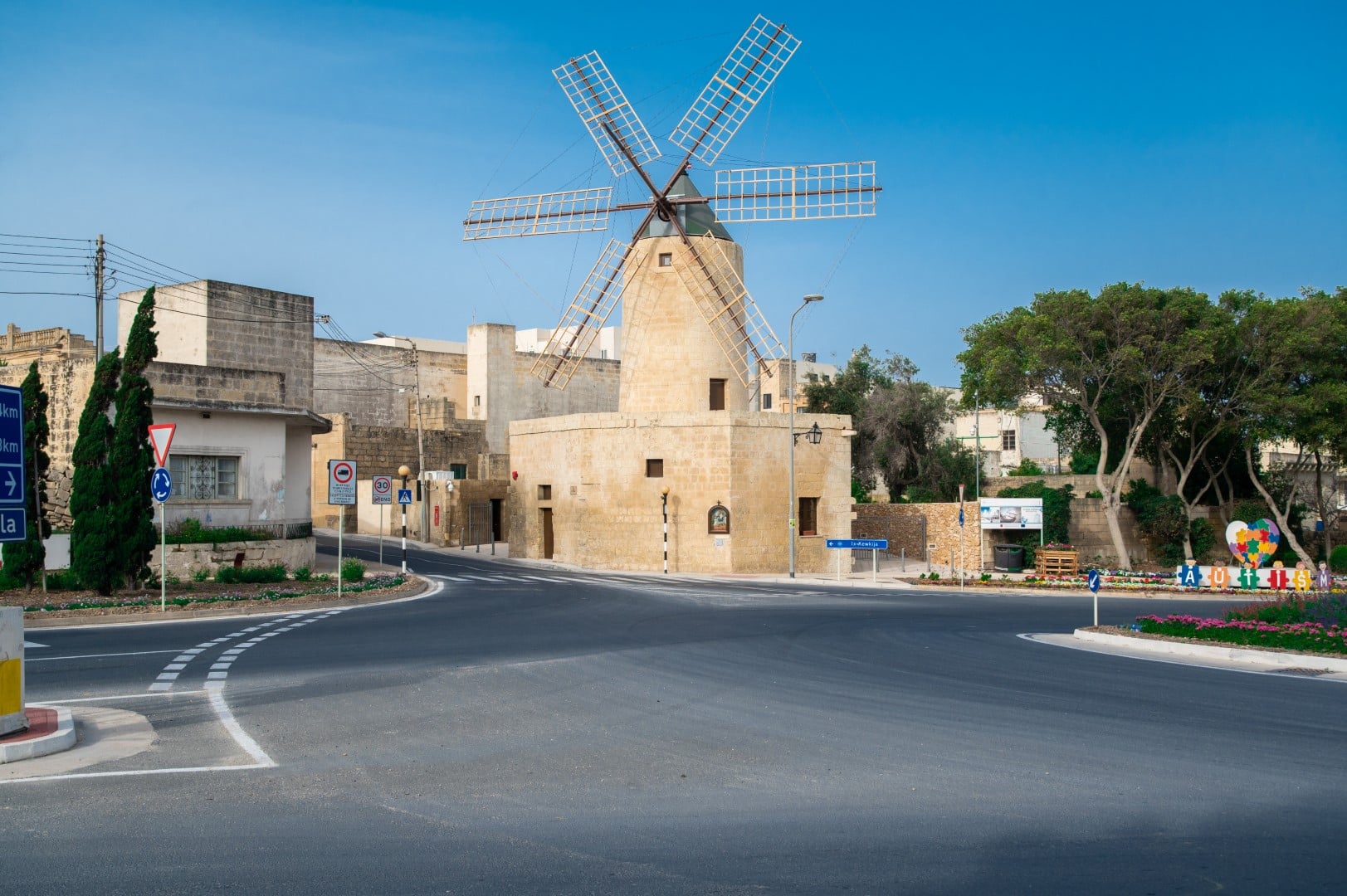 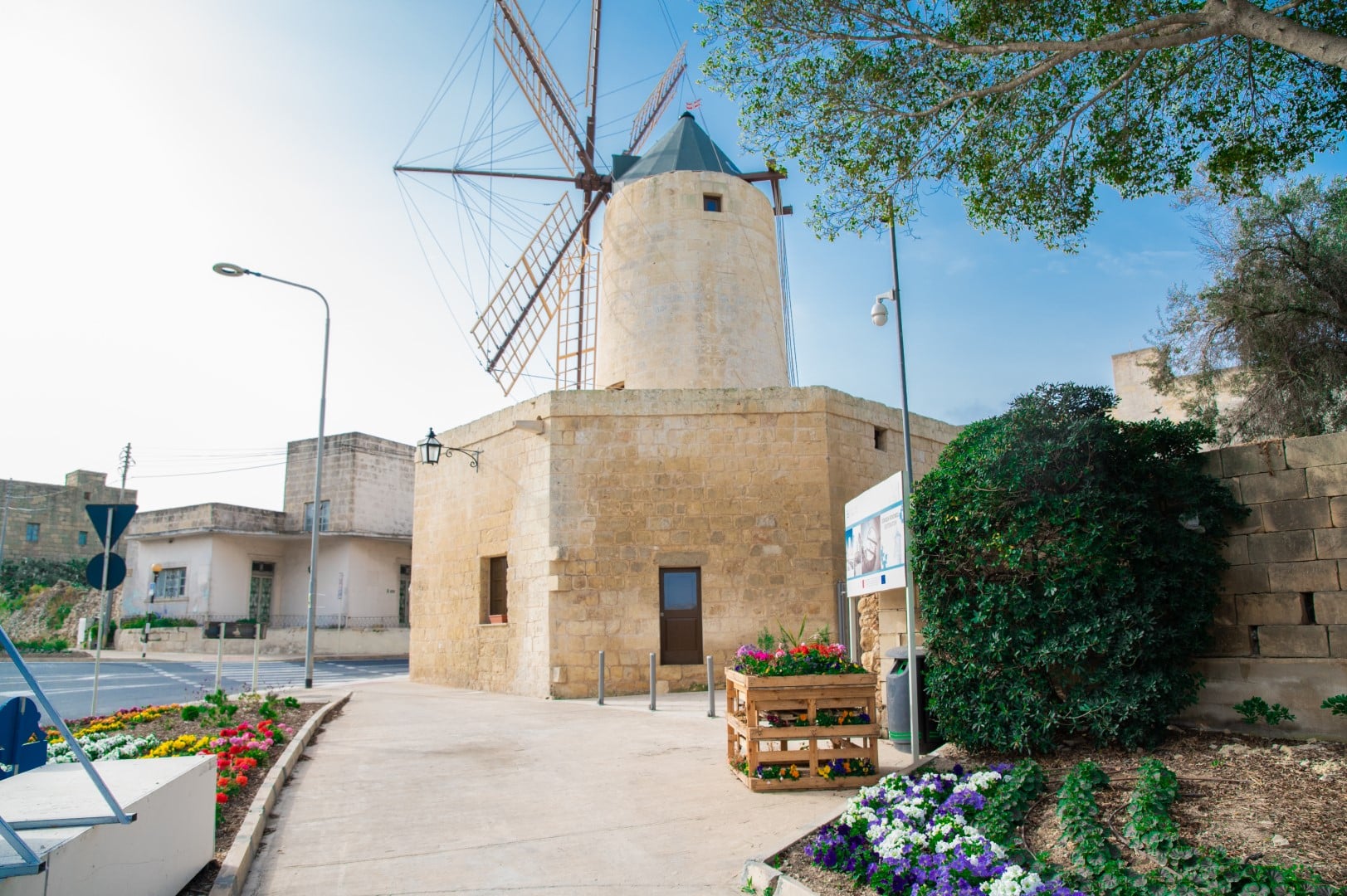 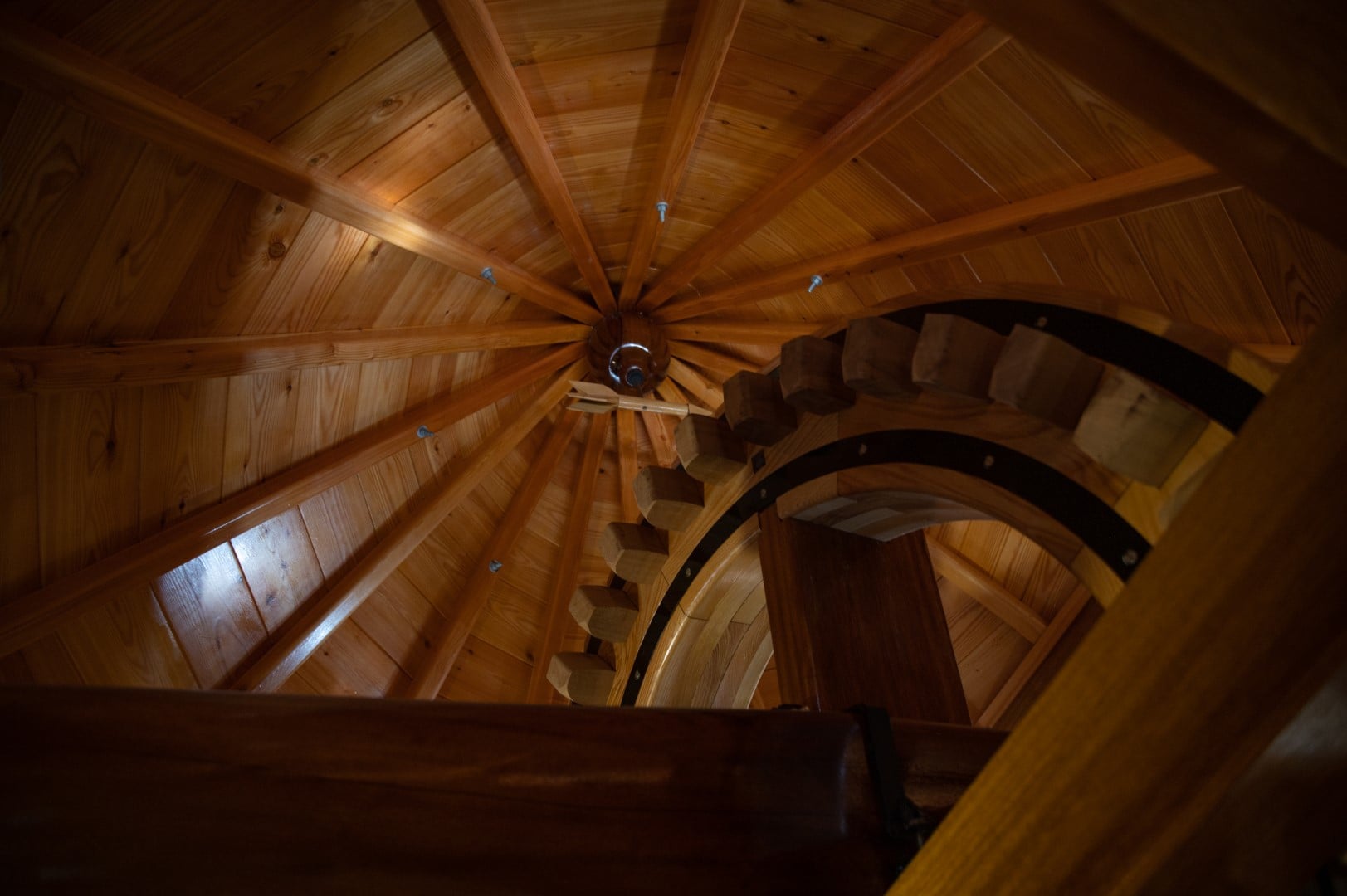 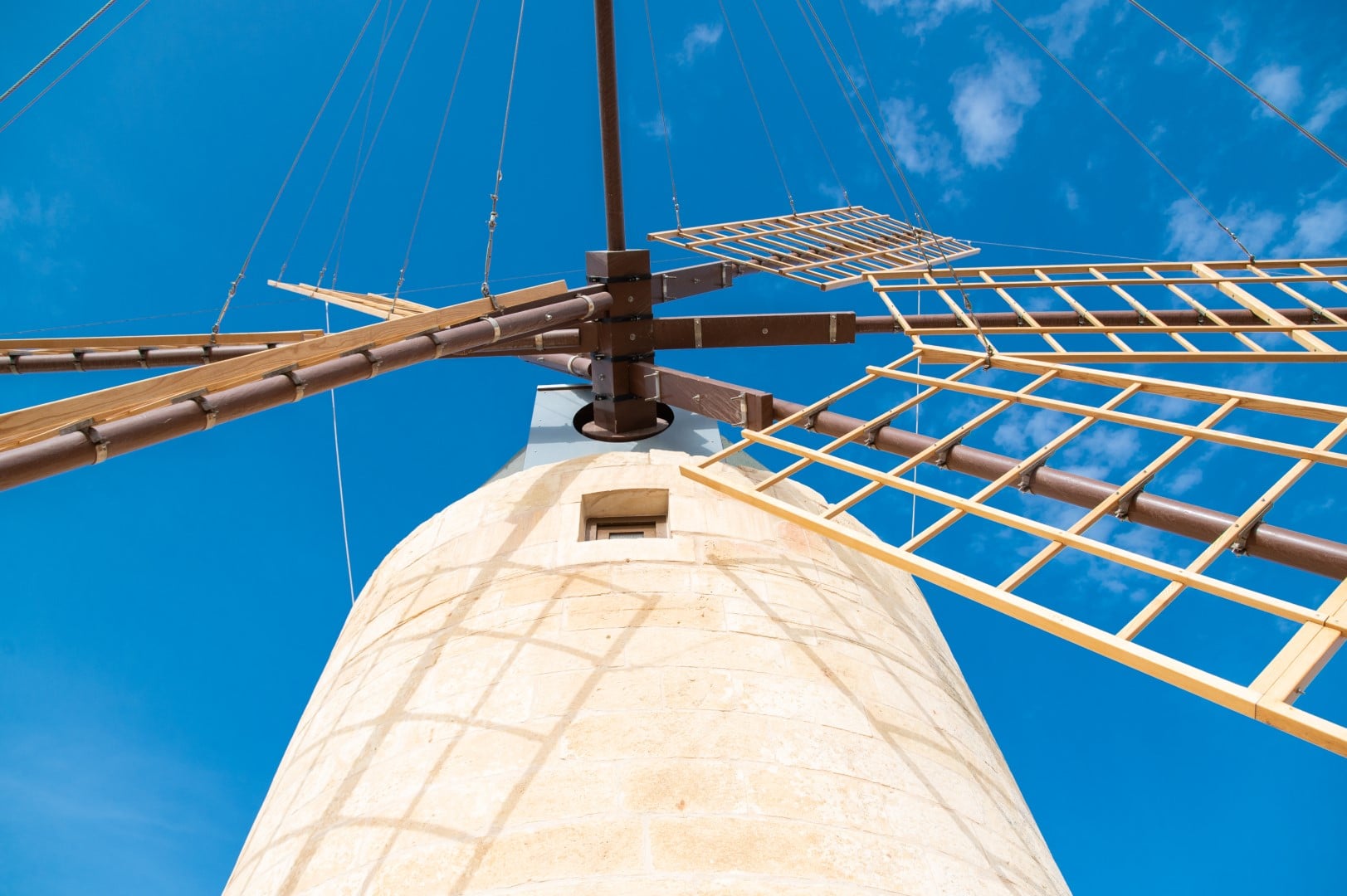 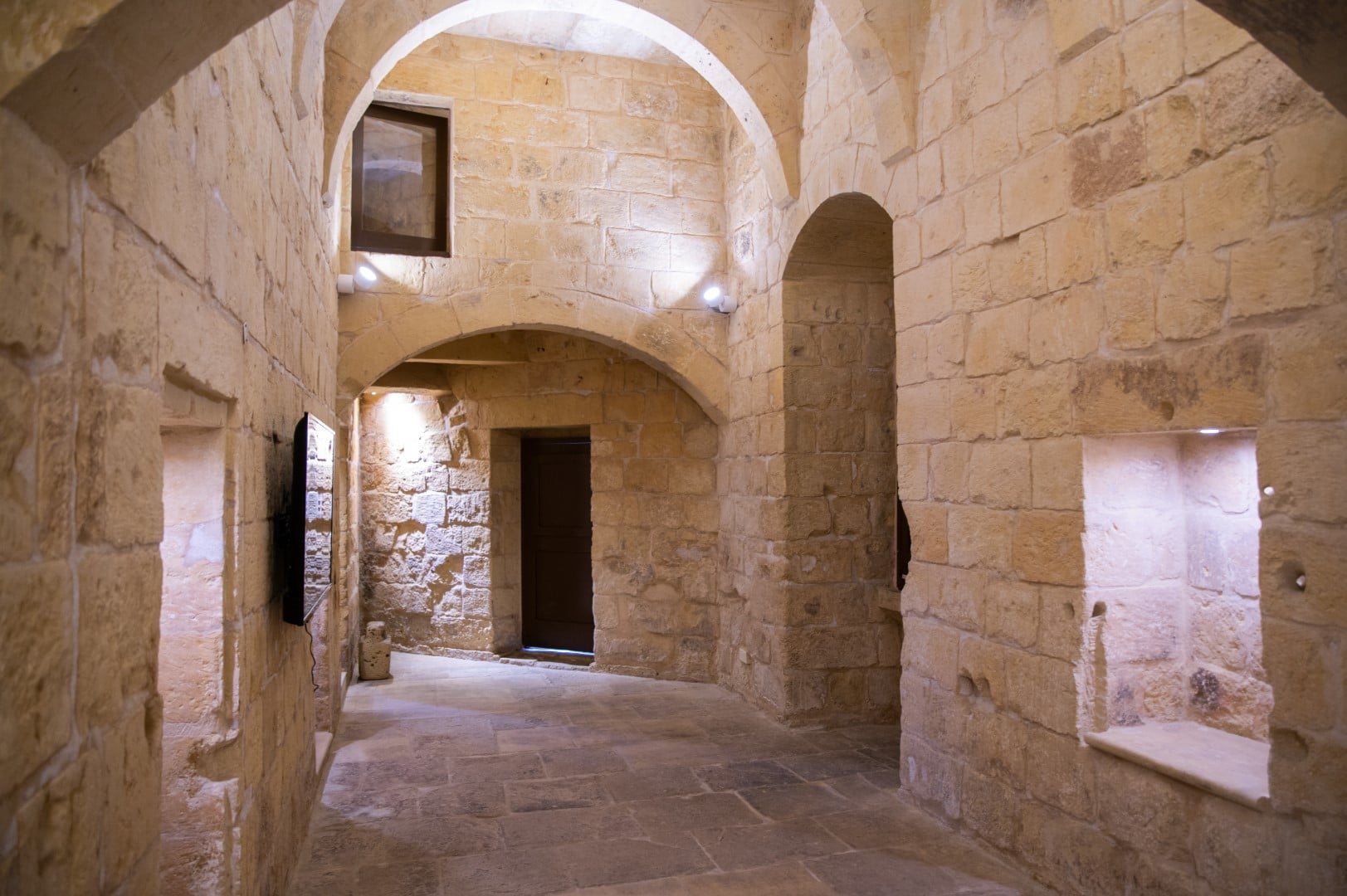 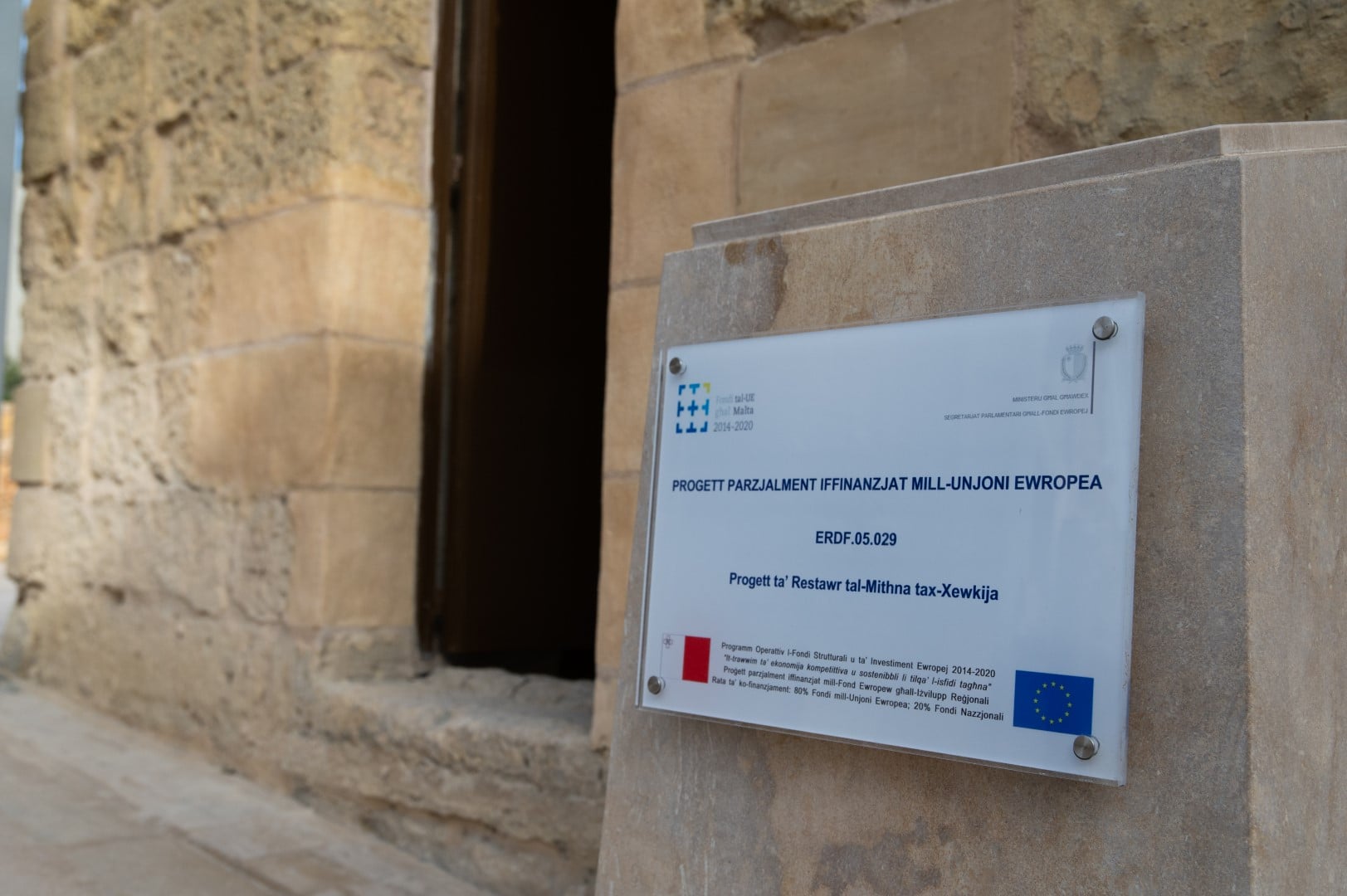 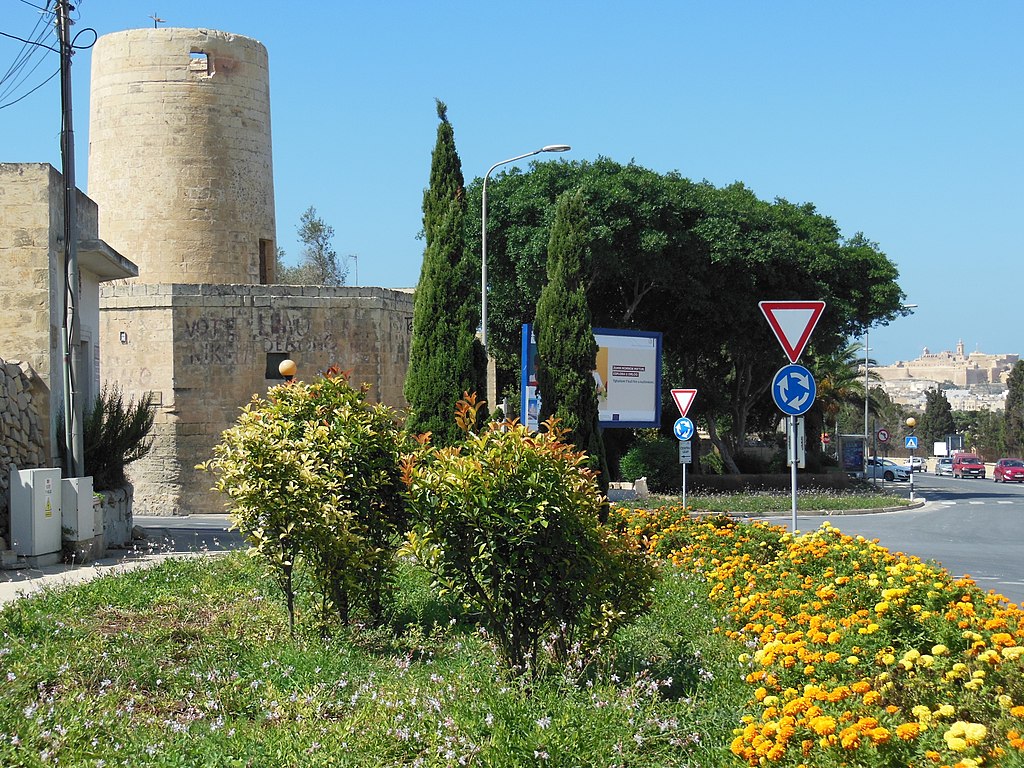 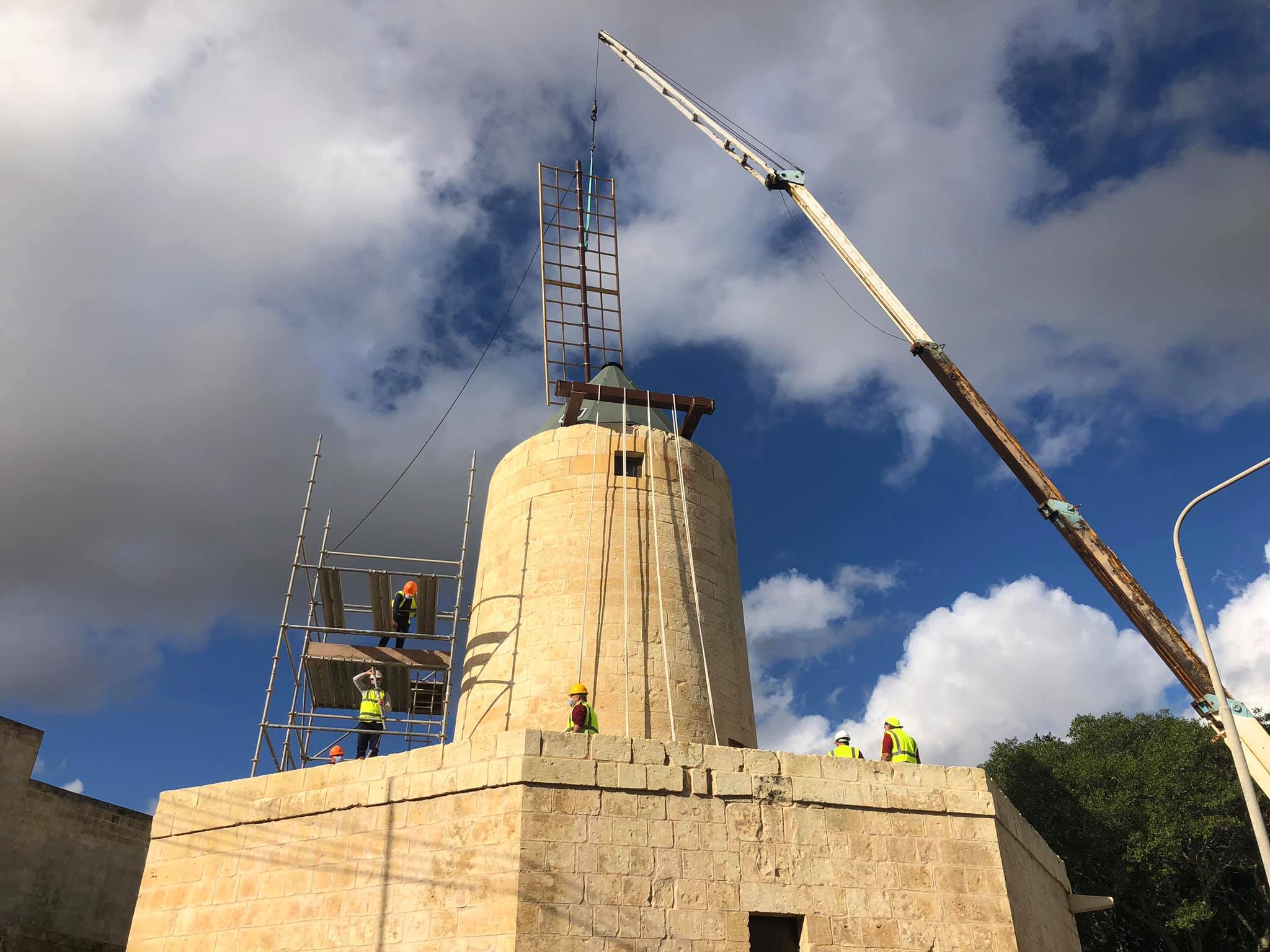 After years of neglect, the windmill was earmarked for a much-needed €500,000 rehabilitation and restoration project.

The works and project phases included the following:-

The Civil Works that improved the viewing experience and accessibility of the Xewkija Windmill.  The project included the creation of a small piazza area.

The Restoration Works were applied by professional restorers on the entire internal and external building fabric of the windmill. Original ‘cangatura’ and stones were retained and those which were found broken were fixed with fibre rods and epoxy resin.  Surprisingly an old wood oven and its chimney was discovered and restored.  We also found an unusual floor of spalls which we meticulously conserved.

The Mechanical & Electrical Installation Works were also carried out under the stewardship of the project’s head engineer. Conduits were passed through the existing pointing to preserve the original stone.

The top cone of the windmill was finally painted and given membrane.  A specialised team from Heritage Malta constructed all the robust mechanisim parts on site in place.  It was a crucial phase of the project.

Manufacturing of custom-made steel parts was required in order to construct and mount together all the milling mechanism parts together.

New apertures that comply with the Windmill era were manufactured and installed, and also a stairs railing, bollards and gates, in order to provide a safe environment for visitors. 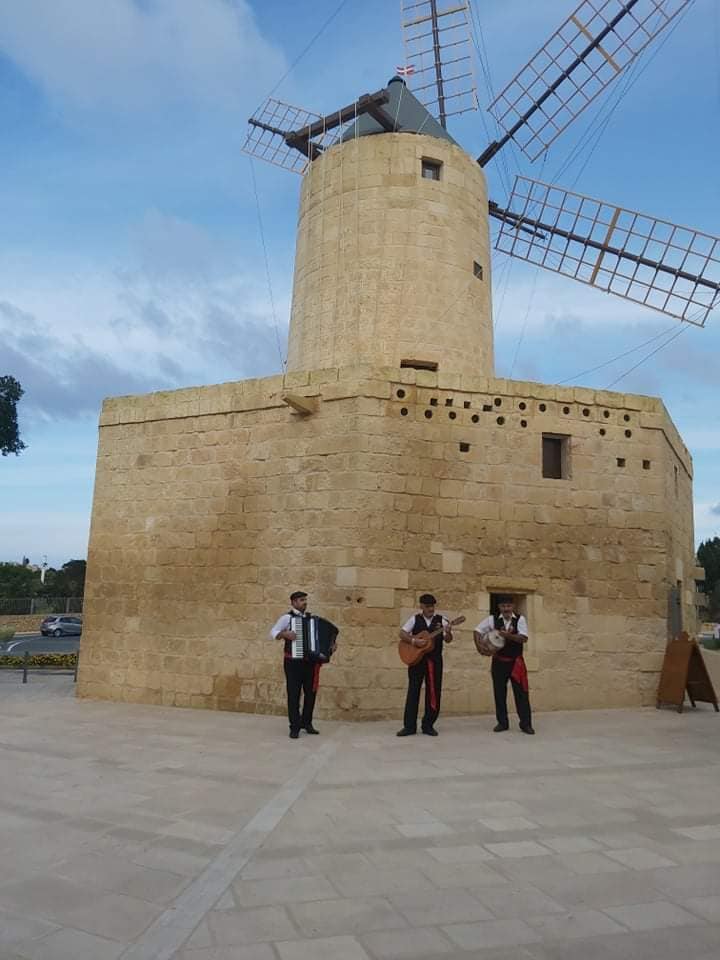 The meticulously restored Xewkija Windmill is currently being utilised as a Centre for Folklore Dancing and as a culture hub. This contributes towards cultural exchanges, in particular between local residents and tourists. Such exchanges also encourage the transfer of ideas and thus broaden the educational and cultural horizons of the participants. This eventuality contributes towards the creation of a more inclusive and open society while, at the same time, creates the conditions that is conducive towards further artistic and cultural development.

Through the recent restoration works, the main objective was to improve the Maltese competitiveness standing within the tourism sector through the promotion, protection and preservation of natural/cultural/historical assets in the public domain intended to improve the Maltese cultural tourism experience whilst maintaining increased tourist flows. The works were also essential to stop the windmill from falling into an even deeper state of disrepair.

The Xewkija Windmill now gives Gozo another facet in its tourism offering by providing an experience which not only promotes but celebrates and showcases its cultural and historical heritage and folklore.