The Battery or artillery platform at the back of St. John’s Demi-bastion in the Gozo Citadel is the northeast extent of the early seventeenth-century defensive adaptations made to this part of the fortress (which also included the gunpowder magazine and grain silos). This gun emplacement was designed to allow defensive gunfire to protect the medieval enceinte and the early seventeenth-century ditch, rather than long range offensive on the same lines of the bastions and the cavaliers.

Before the widespread development of gunpowder technology, fortification design relied heavily on sheer height: the loftier the more unassailable. In principle little had changed from prehistoric times. The northern section of the Citadel’s medieval enclosure, the greater part of which is still standing, consists of a perpendicular wall placed precariously close to the edge of the cliff, effectively extending the cliff upwards, creating a vertiginous defensive structure that was practically unassailable. With gunpowder, the factors that had made the fortifications invulnerable became a critical weakness. High walls make easier targets and such walls (without buttressing terraplien at their back) are relatively weak when faced with heavy bombardment. Worse still, due to the then-usual convex alignment, the enemy could resort to burrowing into the soft Green Sand sediment at the foot of the cliff and blowing up the whole construction. The guns of this battery were there to prevent this.

Today, the battery offers an ideal viewing platform to appreciate the dramatic fortifications of the Citadel and the city and countryside beyond. 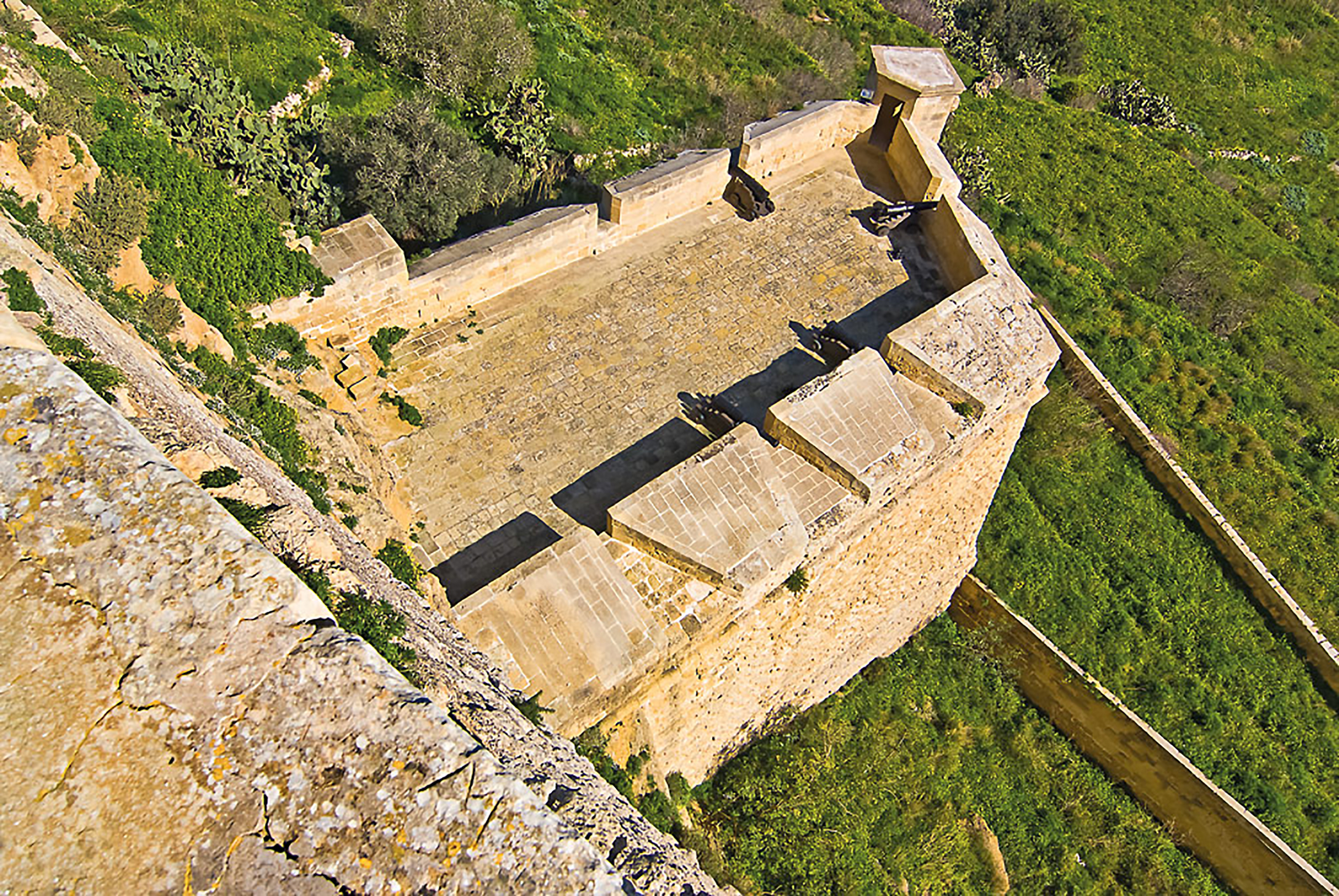