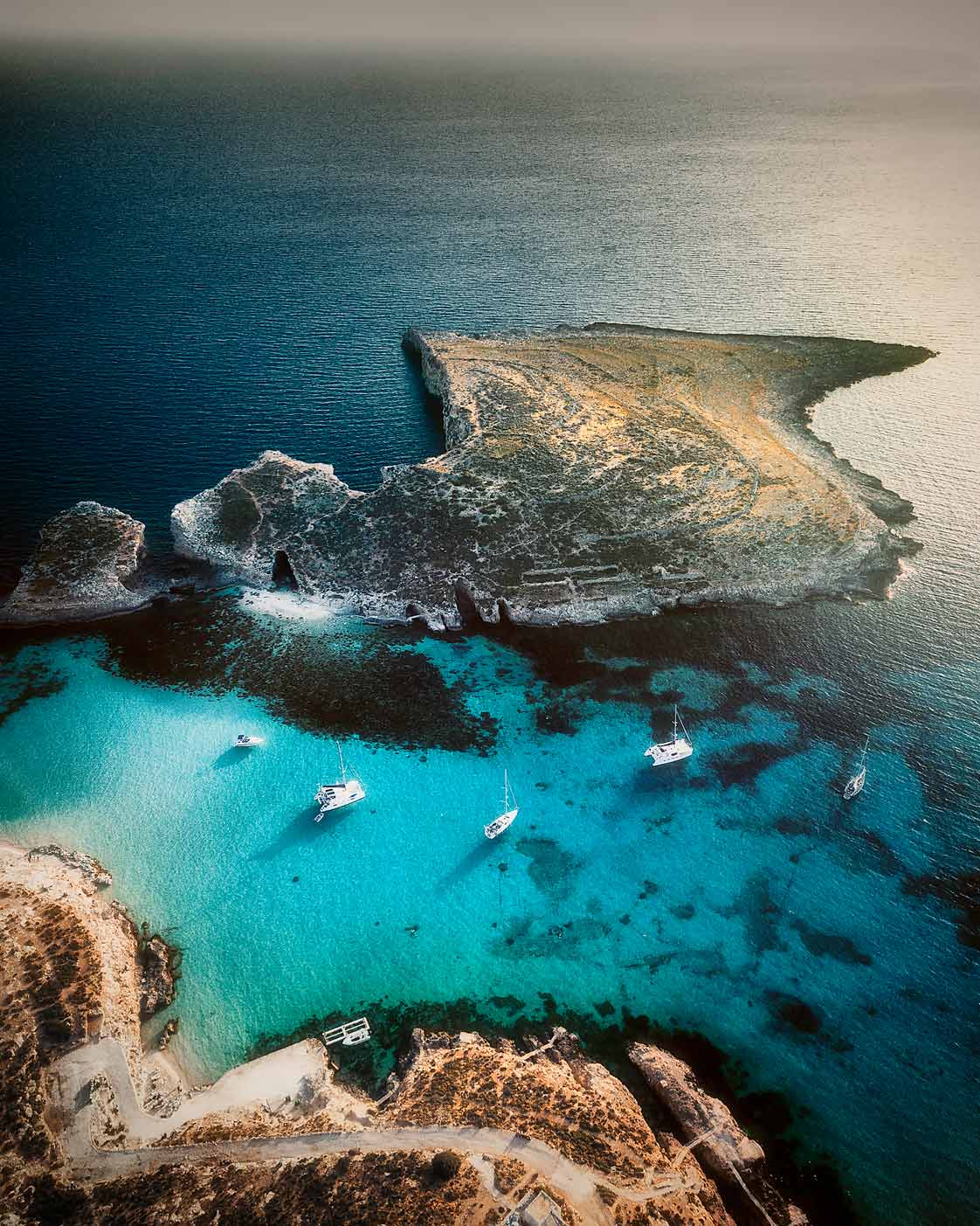 A short boat ride away from Gozo

The tiny Island of Comino, once the hideout of pirates and smugglers, sits right in the middle of the channel between Malta and Gozo. The unspoilt island is a haven for all those who love swimming, snorkelling, diving, wind surfing and other water sports. The Blue Lagoon, with its crystal clear blue sea surrounded by awe-inspiring caves, is one of the most spectacular sights of the Maltese archipelago. While on the island, you can either walk or opt to take a Segway tour that operates here.

With an area of just 3.5 sq. kms and resident population of four, Comino is a real escape from it all. Traffic is non-existent and noise a rarity. The island does however boast a modern hotel, a tiny chapel and a Knights’ Watchtower built by the Grand Master Alof de Wignacourt in the 17th century. The chapel, dedicated to the Return of Our Lady from Egypt, was built in 1618. It has been restored many times since, and stands on the site of a much earlier church. A 12th century navigational map in the British National Maritime Museum in Greenwich, shows a church where the present one stands.

To discover the true magic of the sea around the Maltese Islands – swimming, snorkelling and diving – Comino is the place to be. Even if you do not stay on the island, the Blue Lagoon, with its safe bathing in bright turquoise waters, makes a memorable day out by boat – your own yacht, a charter or a public cruiser.

In winter, Comino is great for walkers and photographers. Without urban areas or cars, or even the summer tourists, it is just serenely quiet. 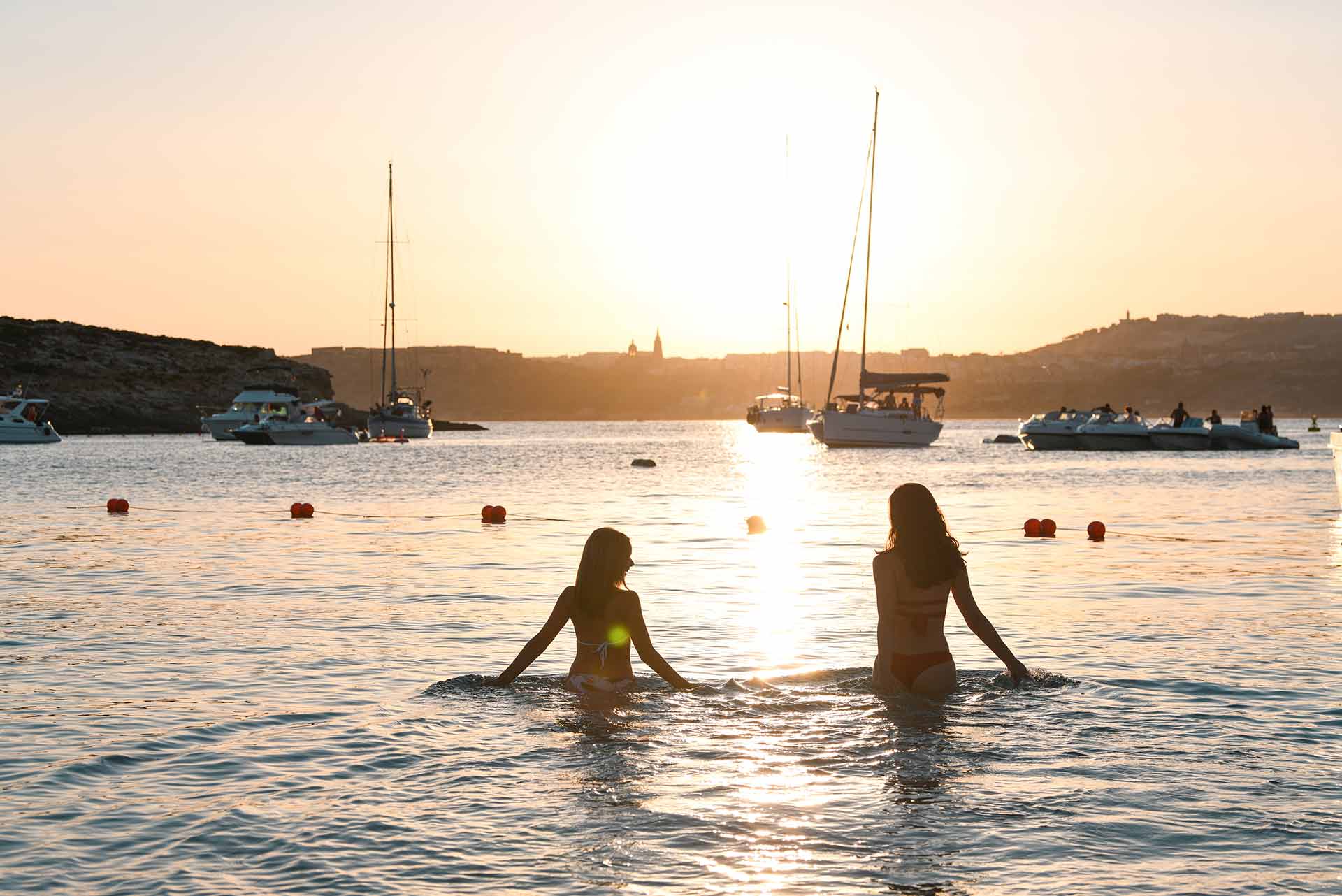 The UNESCO World Heritage Site of the Ġgantija Temples includes some of the oldest sophisticated stone buildings on earth dating back over 5500 years. And the fortified town of the Citadel that towers over ir-Rabat (Victoria), combines Medieval layout with the buildings of the Knights of St John on a site inhabited since the Bronze Age.

There is something for everyone on the sun-drenched, warm-hearted eco-island of Gozo. If Odysseus arrived today, he would find it even harder to leave. 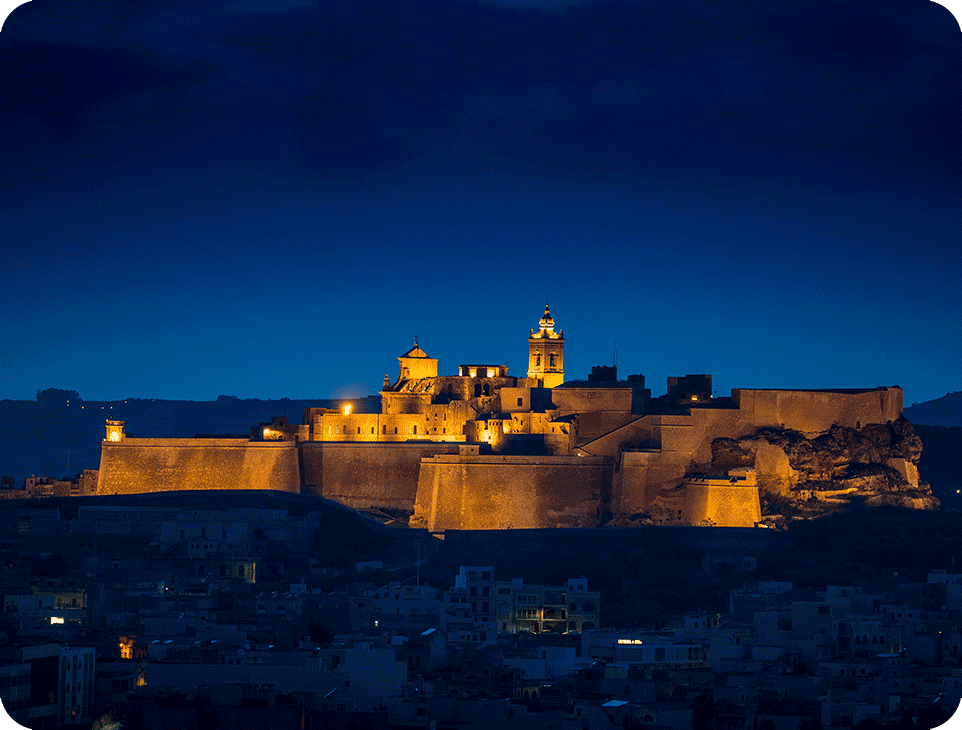 Beauty in its simplicity

Scroll through the images below to get a glimpse of the tiny island of Comino.

A fun way to explore the charm and stunning vistas of Gozo.