This hill can be seen from much of Gozo, topped with a statue of the Risen Christ. This statue was placed here in the 1970s and sits 320-foot on the top of Tal-Merżuq Hill (now popularly know as Tas-Salvator – The Redeemer). This is a place of popular religious myth and legend.

According to tradition, black smoke was once been seen coming out of the hill and this led to the belief that it was a volcano. Some still believe this although geologists dismiss the idea as nonsense.

Another legend says that God punished the people of Gozo by engulfing the Island in darkness for three whole days. At the end of these three days a ray of light (merżuq) was seen coming out of the hill (hence the name Tal-Merżuq).

A statue of Christ was first put on the hill in 1904 when Gozo was consecrated to Jesus the Redeemer (leading to the popular name Tas-Salvatur) . It replaced a wooden cross that had been erected even earlier. The first statue of Christ was not resistant to the elements, however, and had to be replaced in the 1960s. The second statue was also destroyed – this time when its supporting pedestal gave way during a thunderstorm. Parts of this statue can still be seen strewn around the hilltop. Today’s statue is made of reinforced concrete and is so far surviving well! 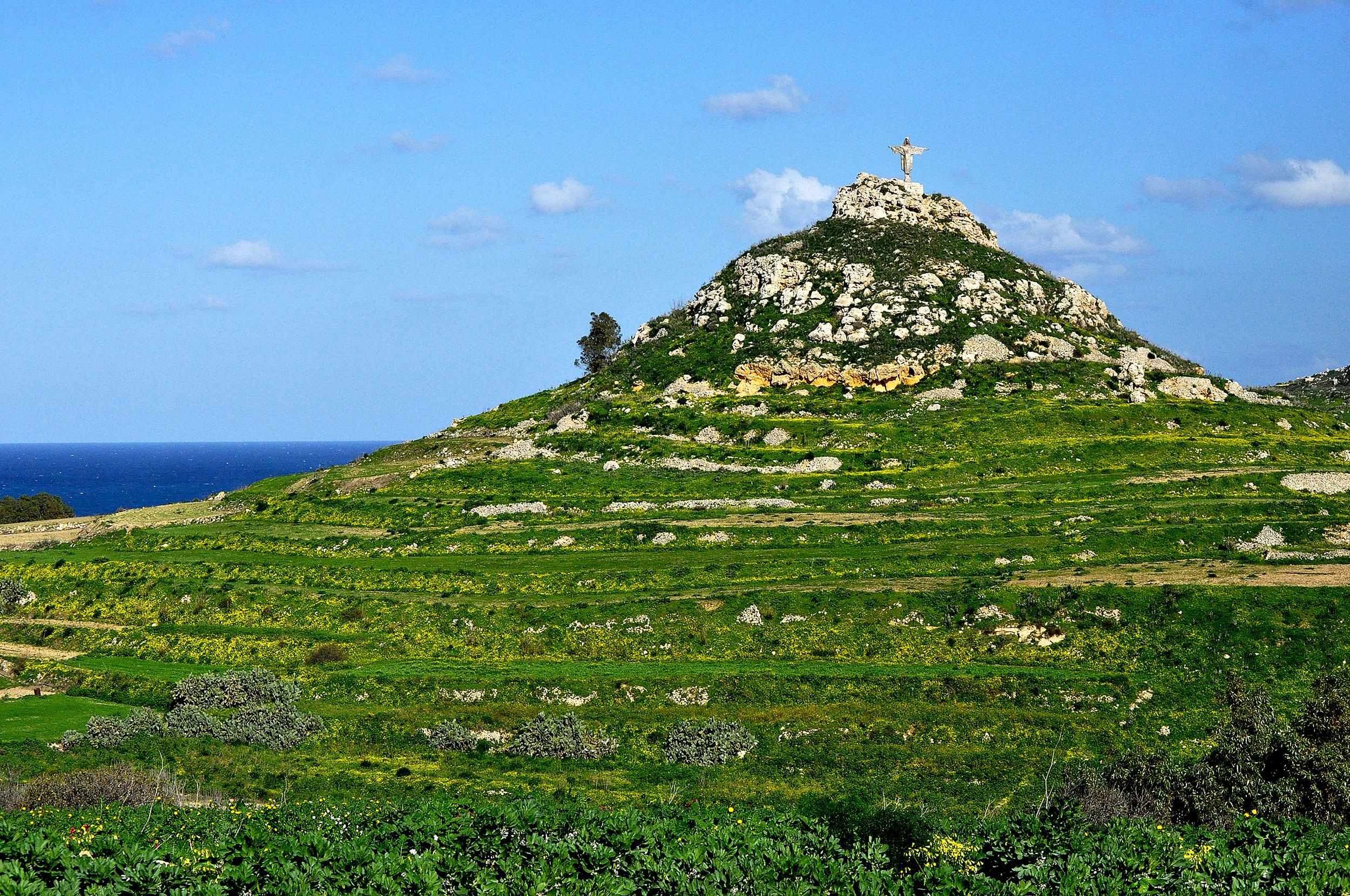 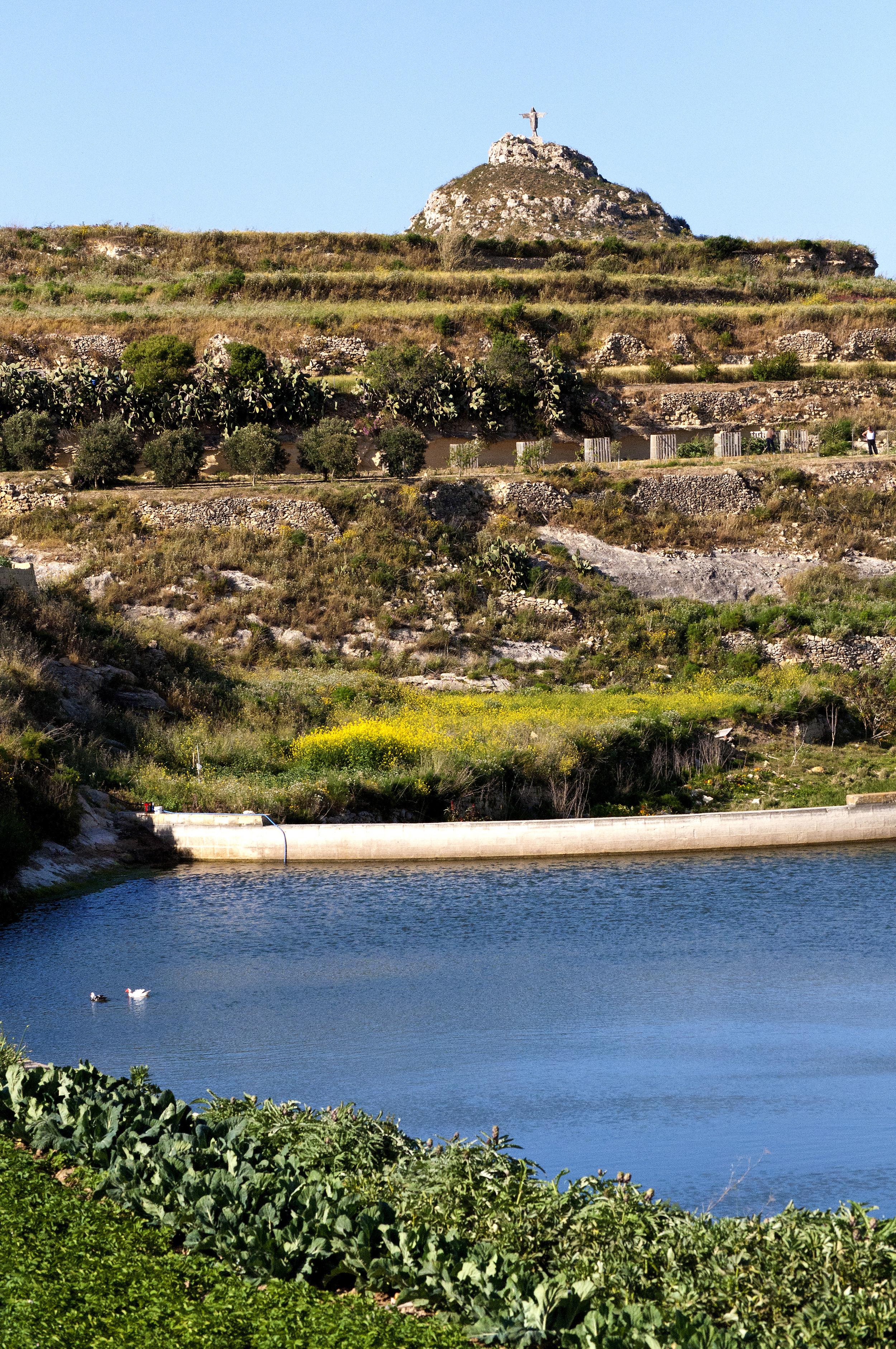 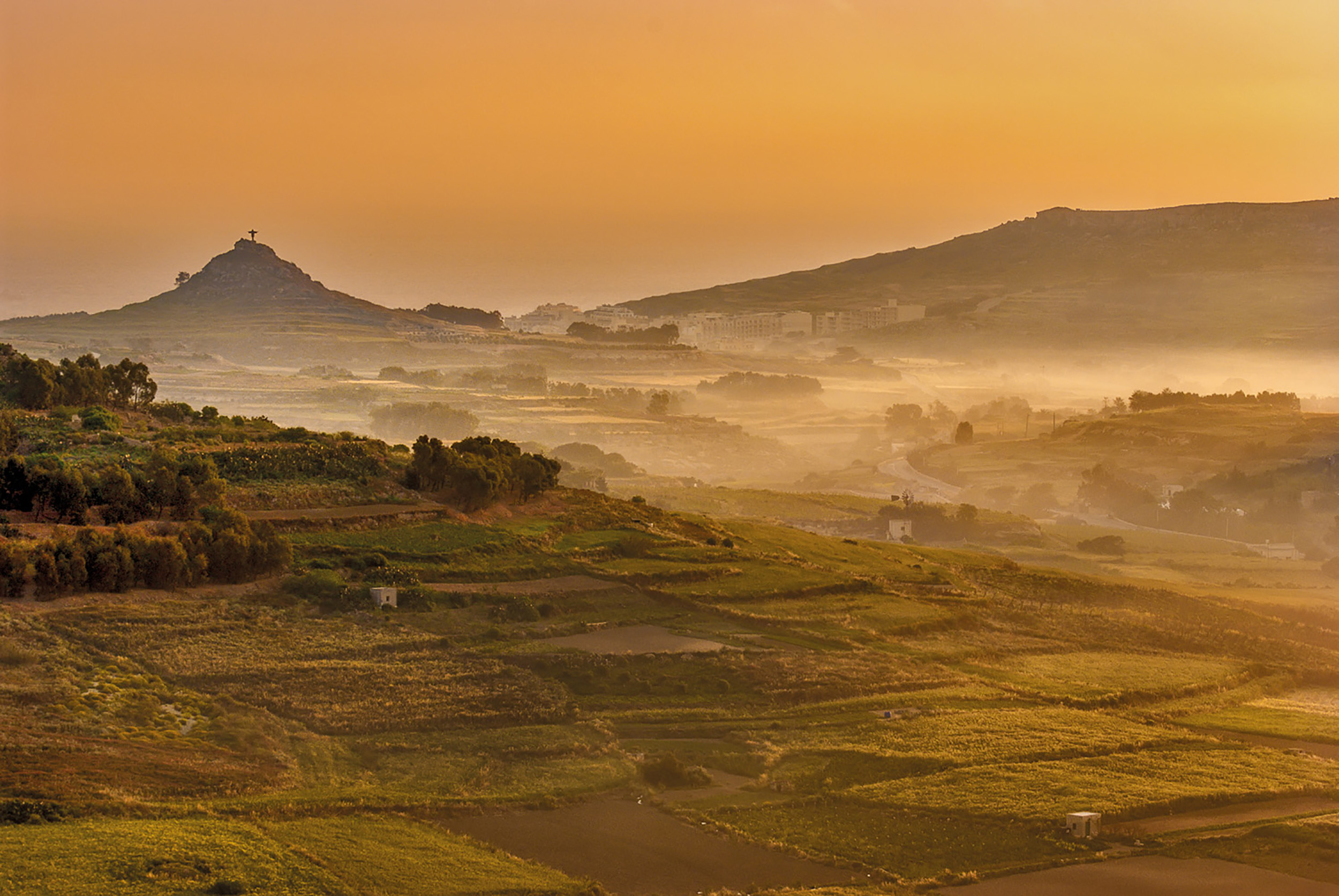 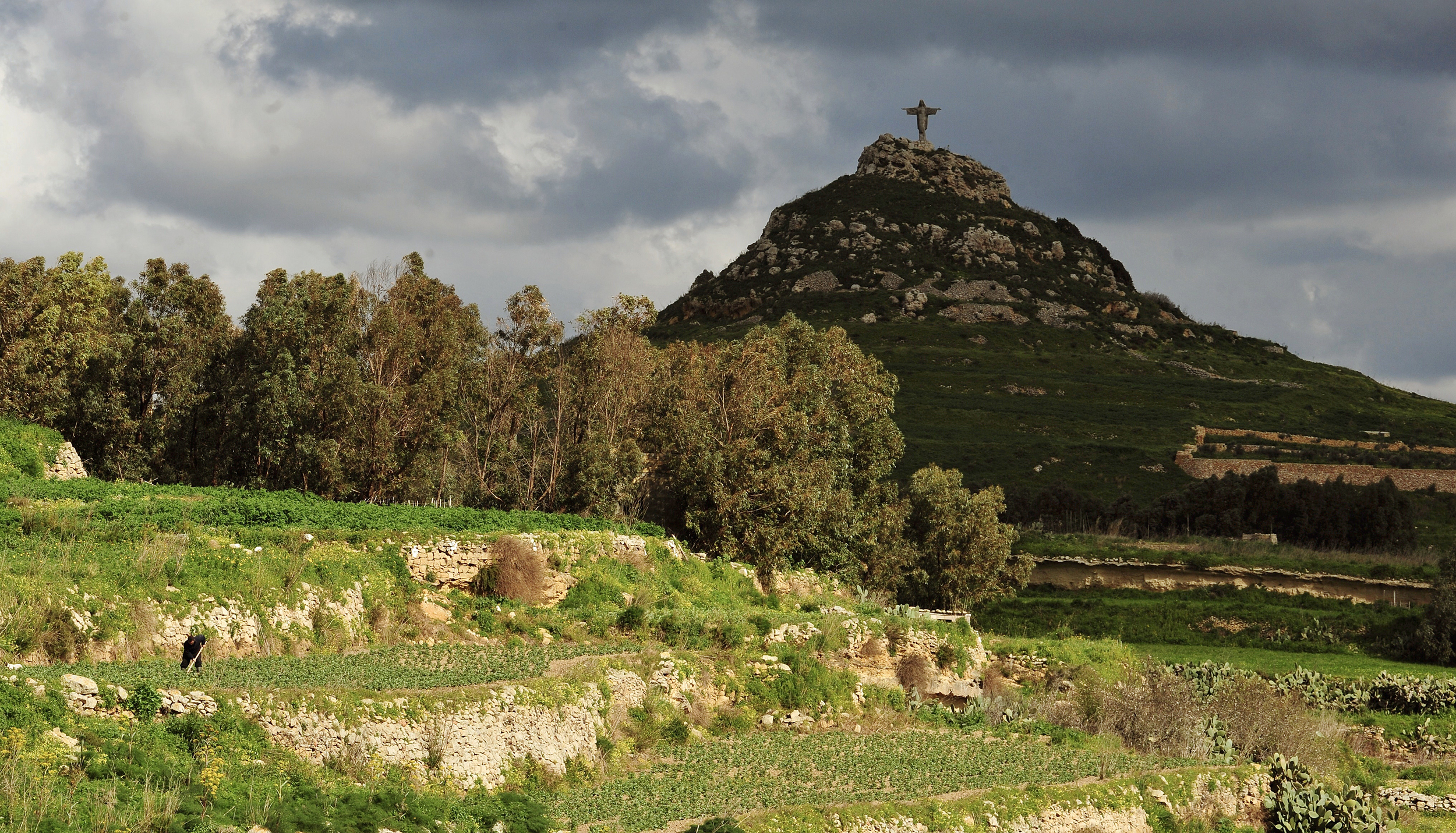 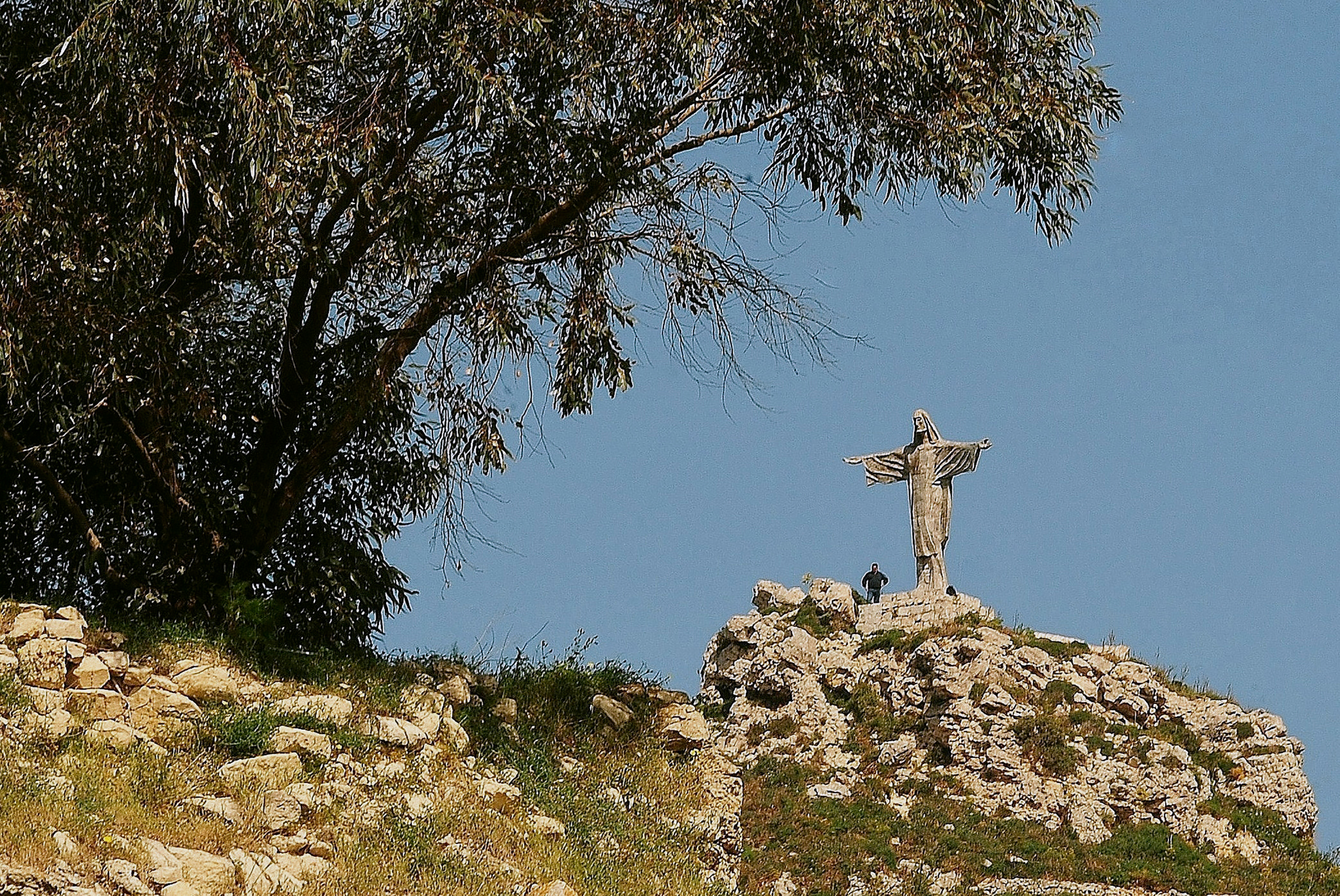 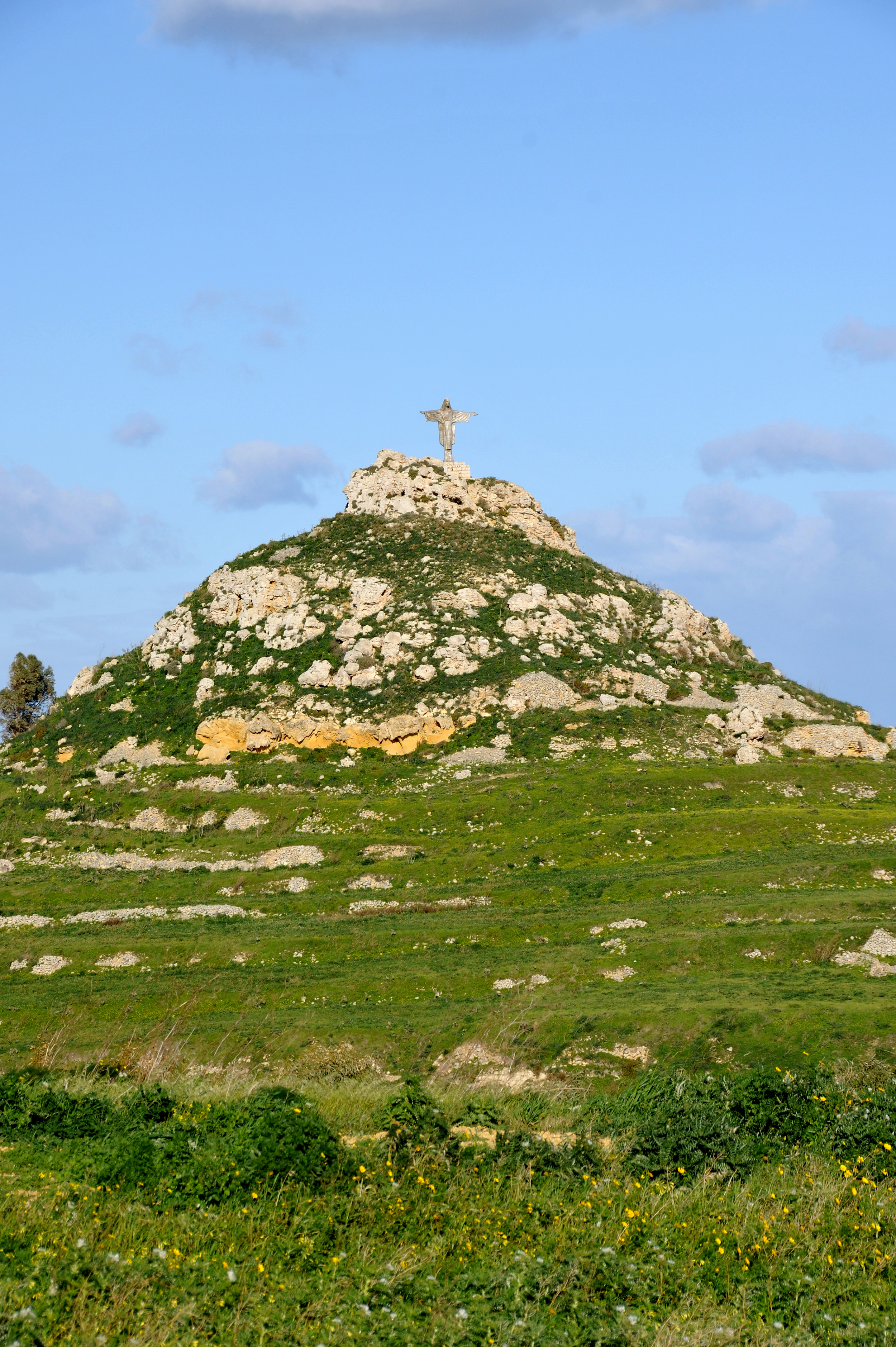