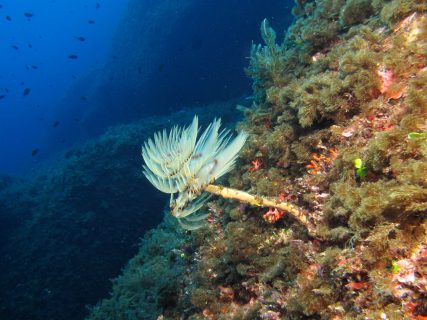 This huge offshore rock at the entrance to Dwejra Bay has a big hole penetrating right through it, creating lovely reflections on the water at the base of the reef. Fungus Rock, otherwise known as ‘The General’s Rock’, got its name from a small, rare fungus that was discovered here by the Knights of St. John. This fungus was used as a remedy against various illnesses and was only allowed to be harvested by noble families. Fungus Rock was guarded closely by the Knights, who built an early form of cable car running to the mainland for easy access to their ‘treasure of drugs’. Underwater, the scenery is as dramatic as above, with vertical walls, fissures, gullies and caverns created by boulders lying against one another. The landscape more than makes up for the relative paucity of marine life. 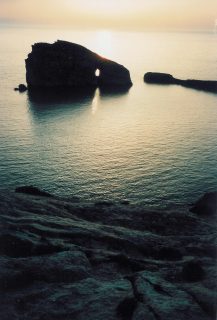 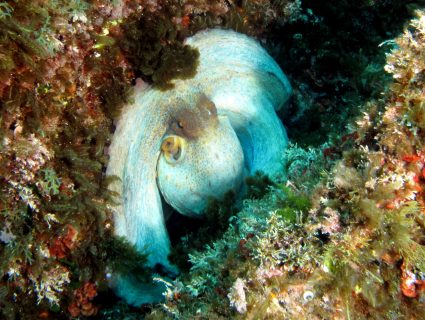