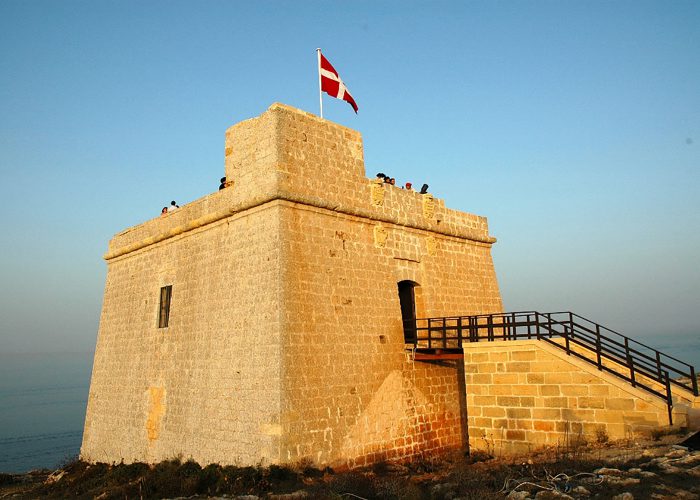 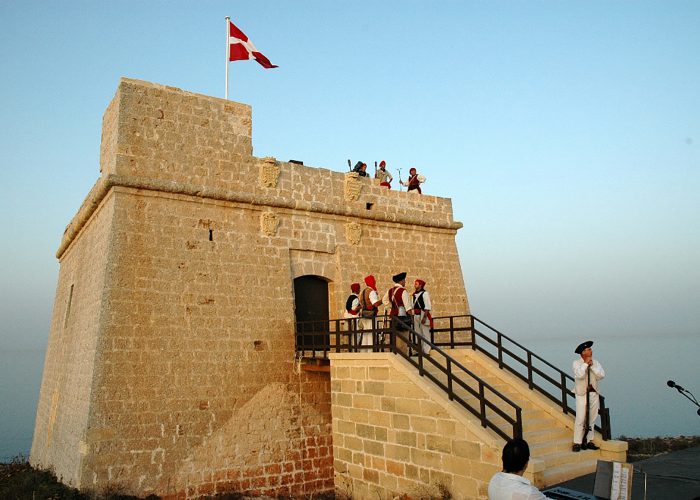 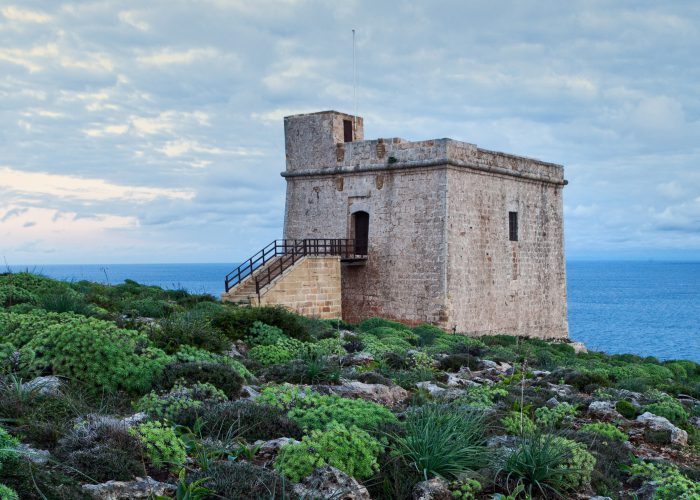 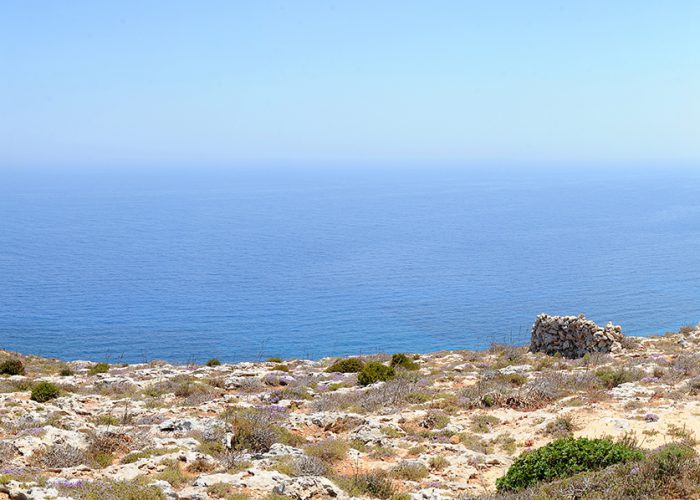 Known variously as San Blas Tower, it-Torri ta’ Isopu (or ta’ Sopu) and Torre Nuova, this tower was built in 1667 as part of the islands coastal defences. The Universita – the local government – built and maintained the tower and paid for its garrison while the Order of St.John supplied the artillery.

The main entrance to the tower is on the upper storey. The doorway was approached by a flight of steps, and a small wooden drawbridge. Four badly weathered escutcheons, two on each side of the doorway, once displayed the coats-of-arms of the Order of St. John; the Grand Master of the time, Nicholas Cotoner; the Governor of Gozo; and possibly of the Universita of Gozo.

The tower consists of a square block with thick battered walls. The interior is high and barrel-vaulted with an intermediate floor resting on rib-arches. A spiral staircase provides access to the other floors. The tower had its own well with a narrow culvert cut into the inner side of the south wall, enabling the occupants to draw water up to the first floor. The roof of the tower has a shallow parapet on three sides.

By 1785 the tower was probably no longer permanently manned as it does not appear in the Knights’ artillery survey of that year. However in the alert of 1792 the Knights Congregation of War is recoreded as ording the tower to be armed with four six-pounder iron guns.

The San Blas Tower was jointly restored during the year 2006 by the in-Nadur Local Council and Din l-Art Ħelwa.