In the fields west of Sant’ Anton chapel, south west of Ix-Xagħra, three blocks of stone stand on edge. A scatter of prehistoric sherds (pottery) around suggests that they are the remains of a small temple, as was confirmed by excavation by Ashby and Bradley back in 1911. A further dig in 1961 showed that there had been a village on the site before the temple was built, as was also the case with several of the temples in Malta: Mġarr, Skorba and Kordin III. 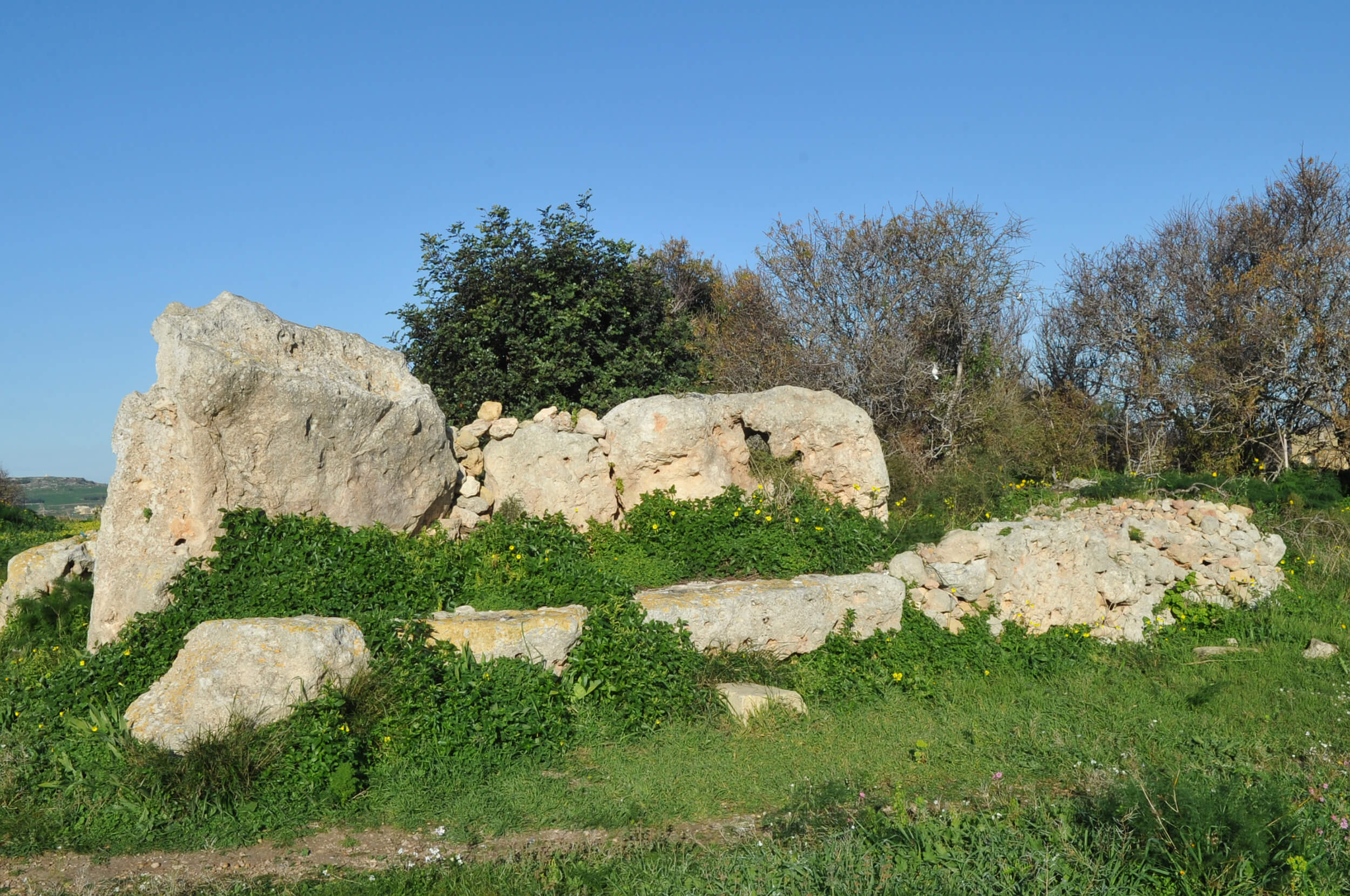 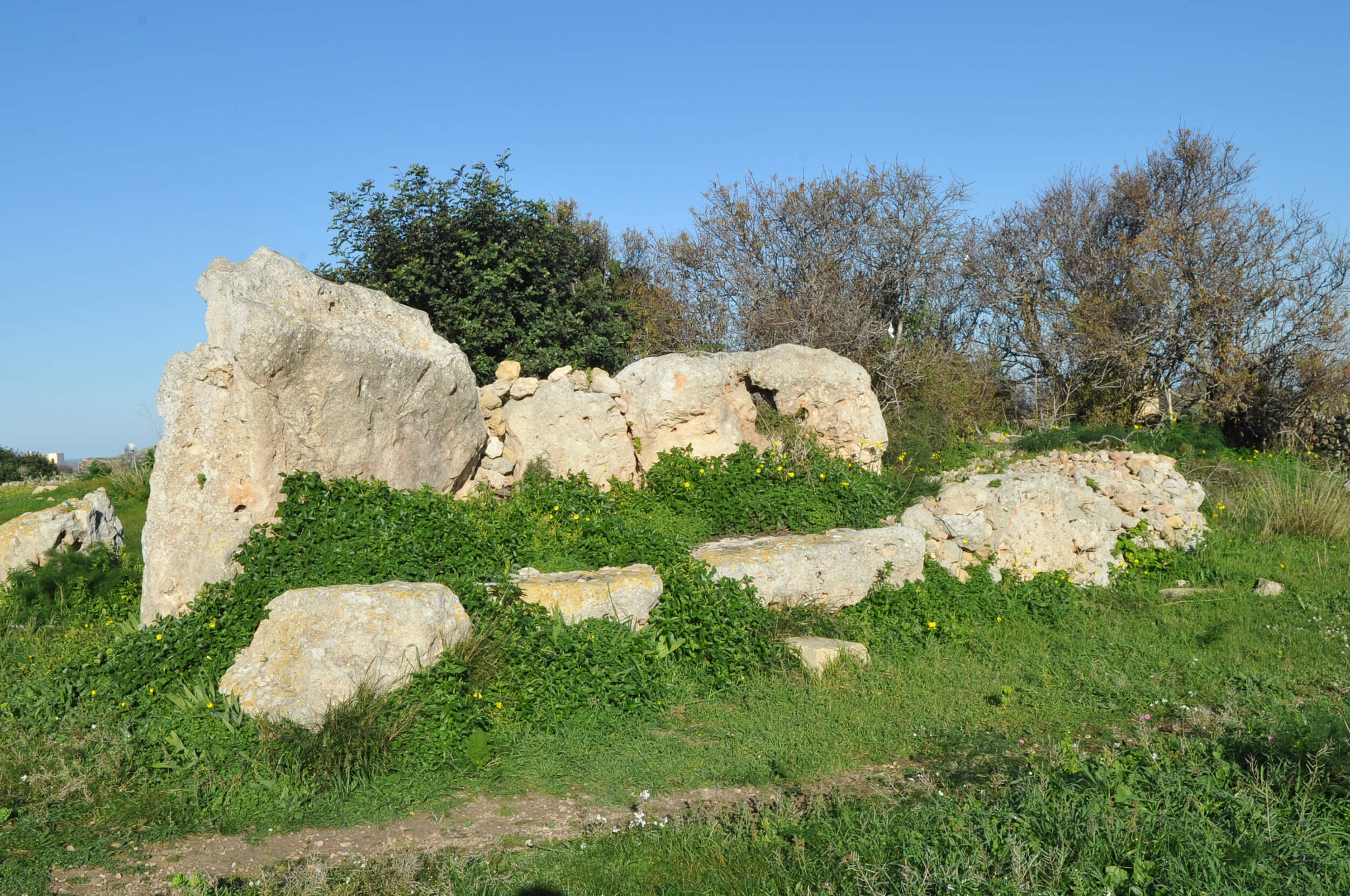 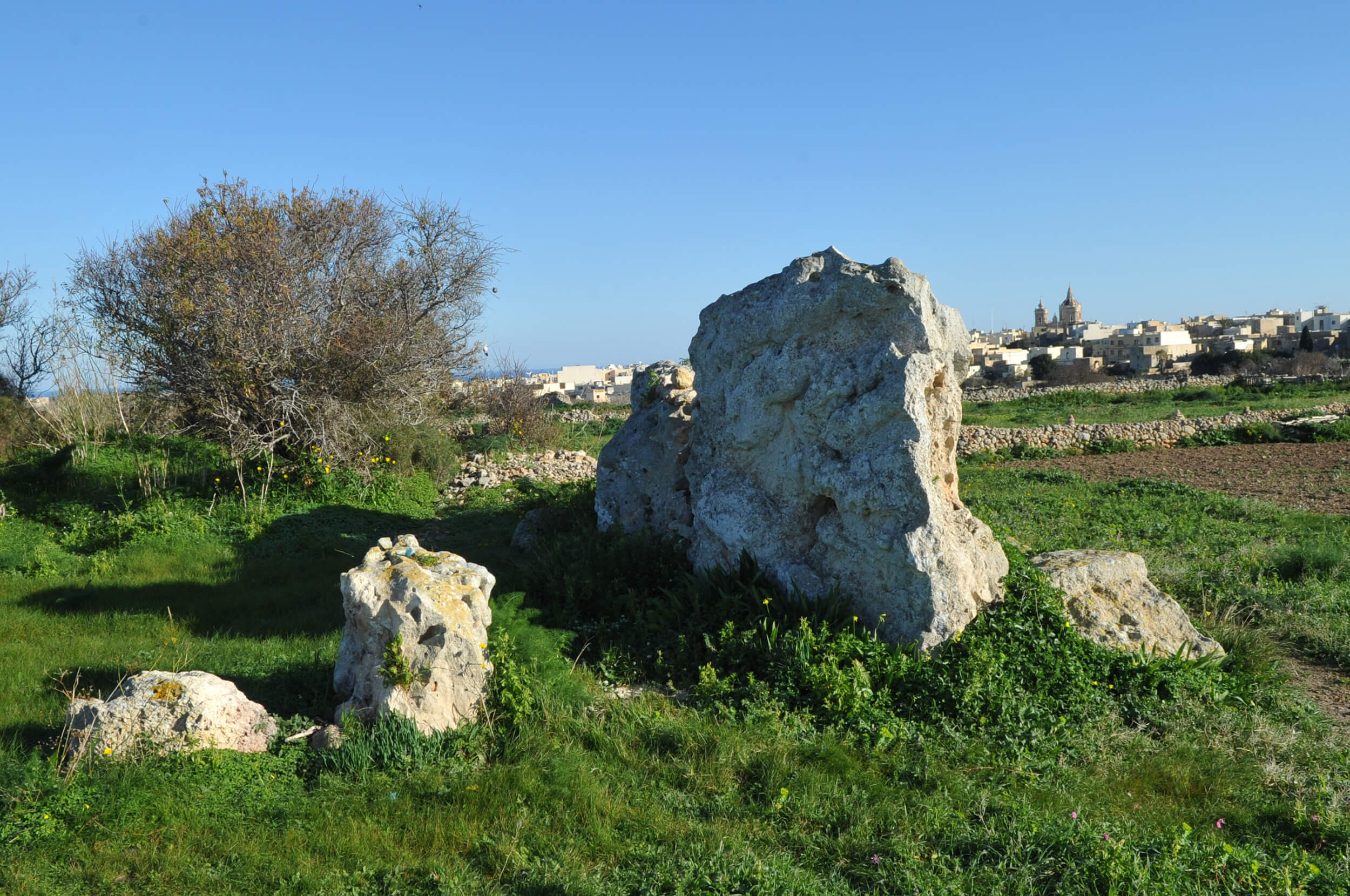 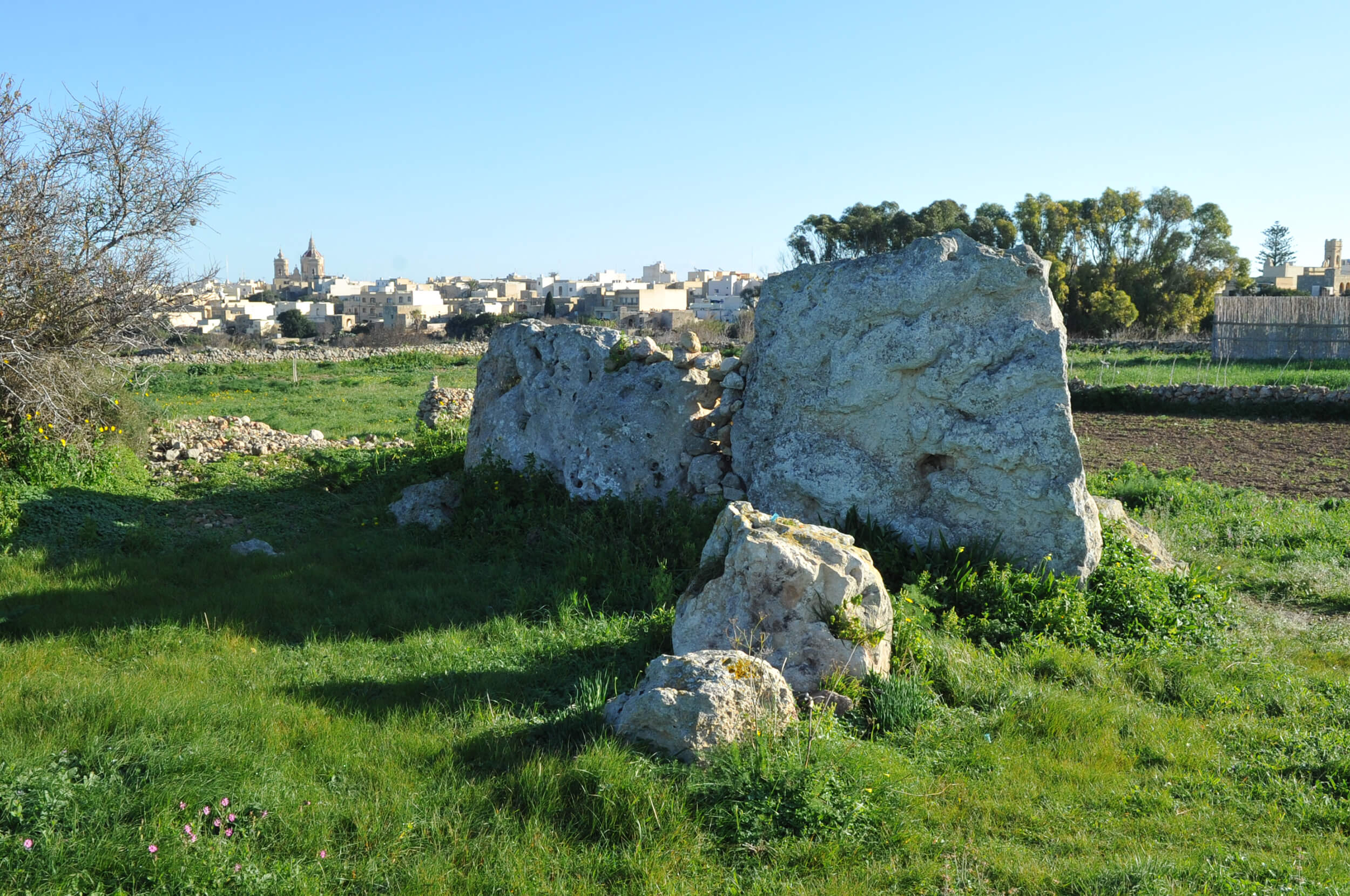 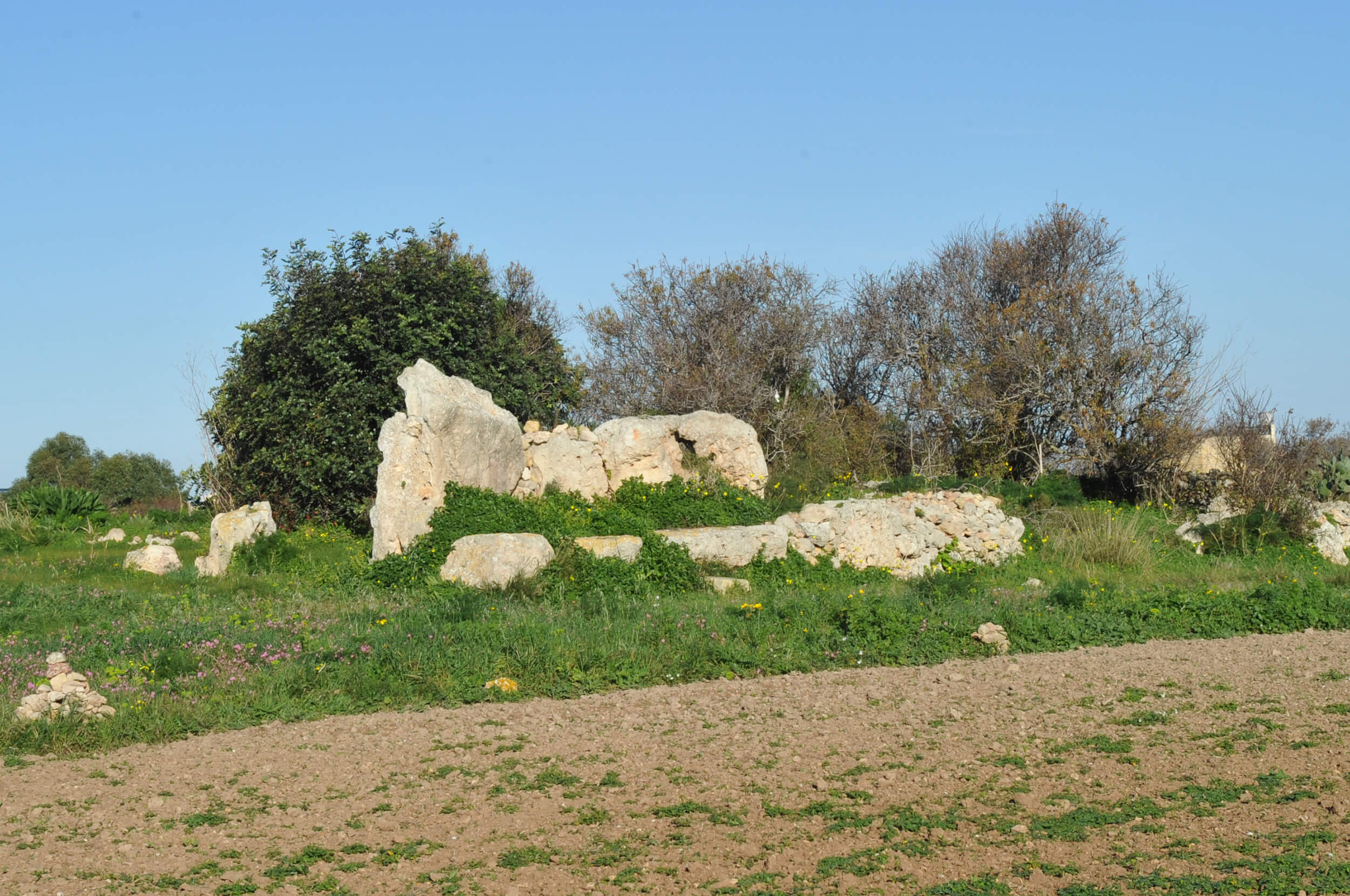