Built before the famous standing stones at Stonehenge, the two temples making up this remarkable UNESCO World Heritage site have an extraordinary history. Built between 3600 and 3200 B.C, they fell into disuse around 2500BC and were not fully revealed to the modern eye until the nineteenth century.

The name Ġgantija derives from the word ‘ġgant’, Maltese for giant, as Gozitans used to believe the temples were built by a race of giants. Not so surprising when you see the size of the limestone blocks from which it is constructed. Some of these megaliths exceed five metres in length and weigh over fifty tons.

Hard-wearing coralline limestone is used for the construction of the outer walls (which is one of the reasons the buildings have survived so long) whilst softer, smoother, Globigerina limestone is reserved for inner furnishings such as doorways, altars, and decorative slabs. Each temple consists of a number of apses flanking a central corridor. There is evidence that internal walls would have been plastered and painted. Two plaster fragments marked with red ochre have been found and are now preserved at the Gozo Museum of Archaeology.

The temples have a large terrace at the front which would probably have been used for ceremonial gatherings. Remains of animal bones suggest some sort of ritual involving animal sacrifice and the use of fire is evidenced by the presence of stone hearths. A number of libation holes in the floor may have been used for the pouring of liquid offerings.

A small number of statuettes and other prehistoric objects found at Ġgantija can be seen in the Gozo Museum of Archaeology. 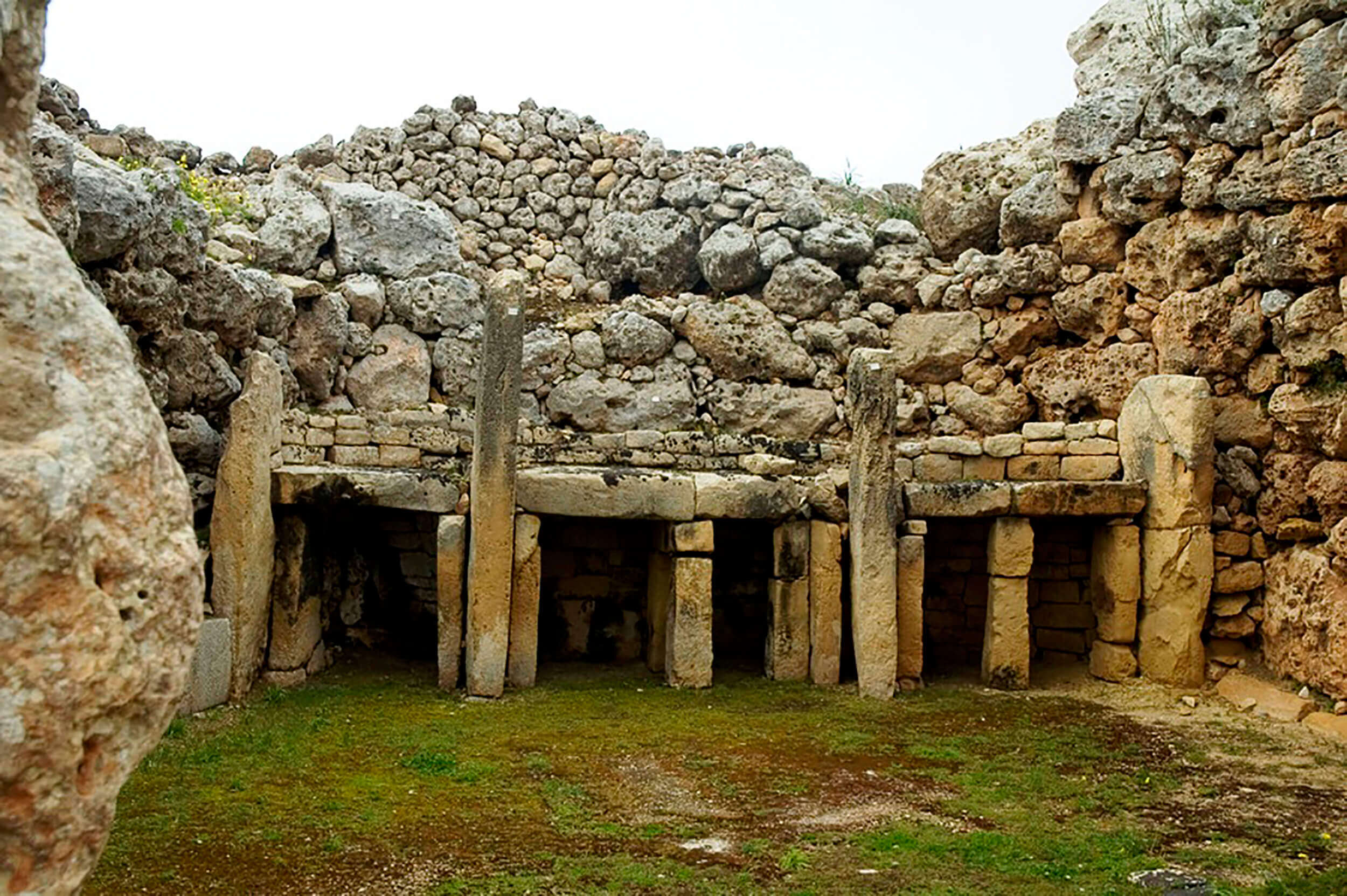 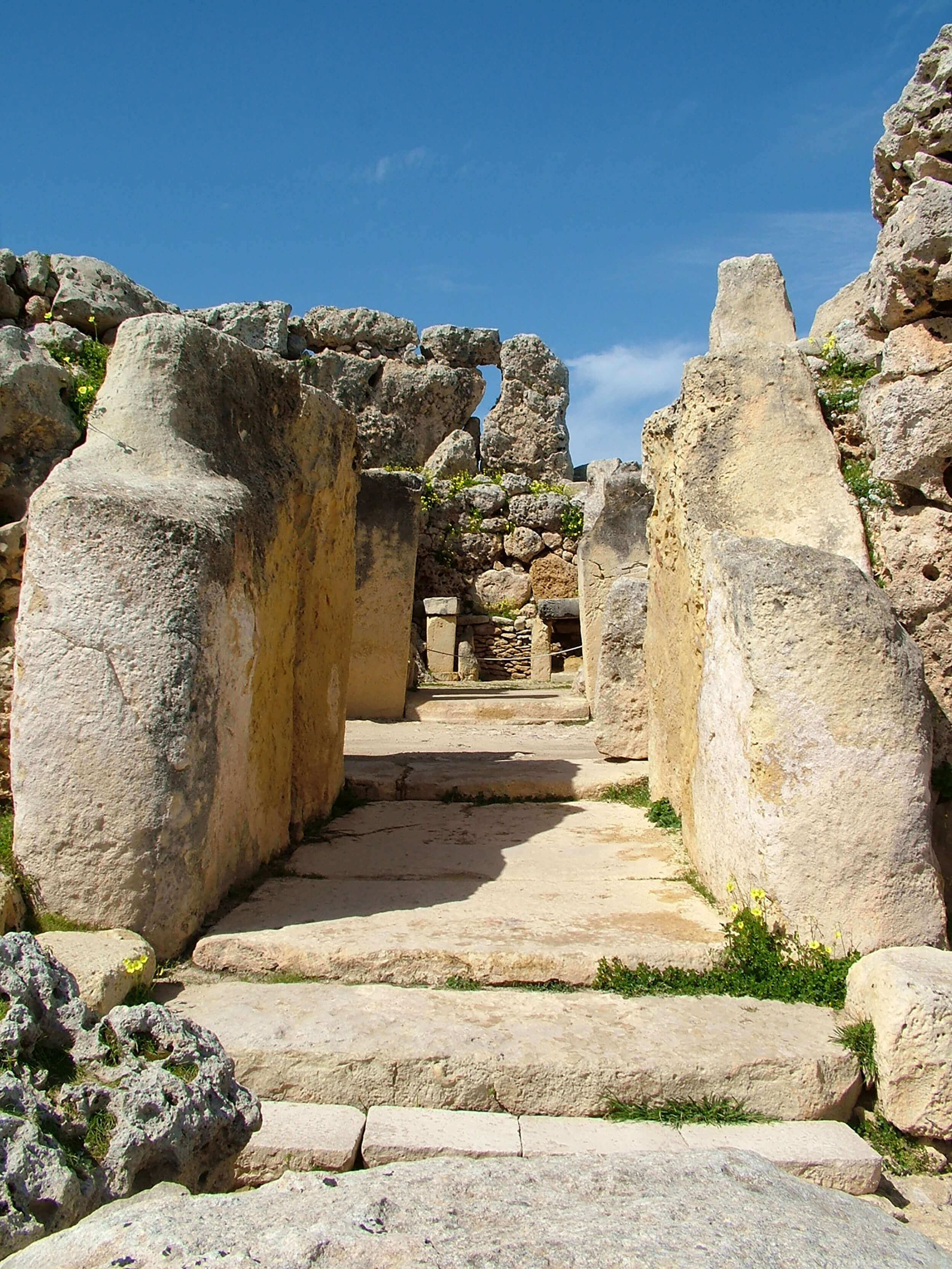 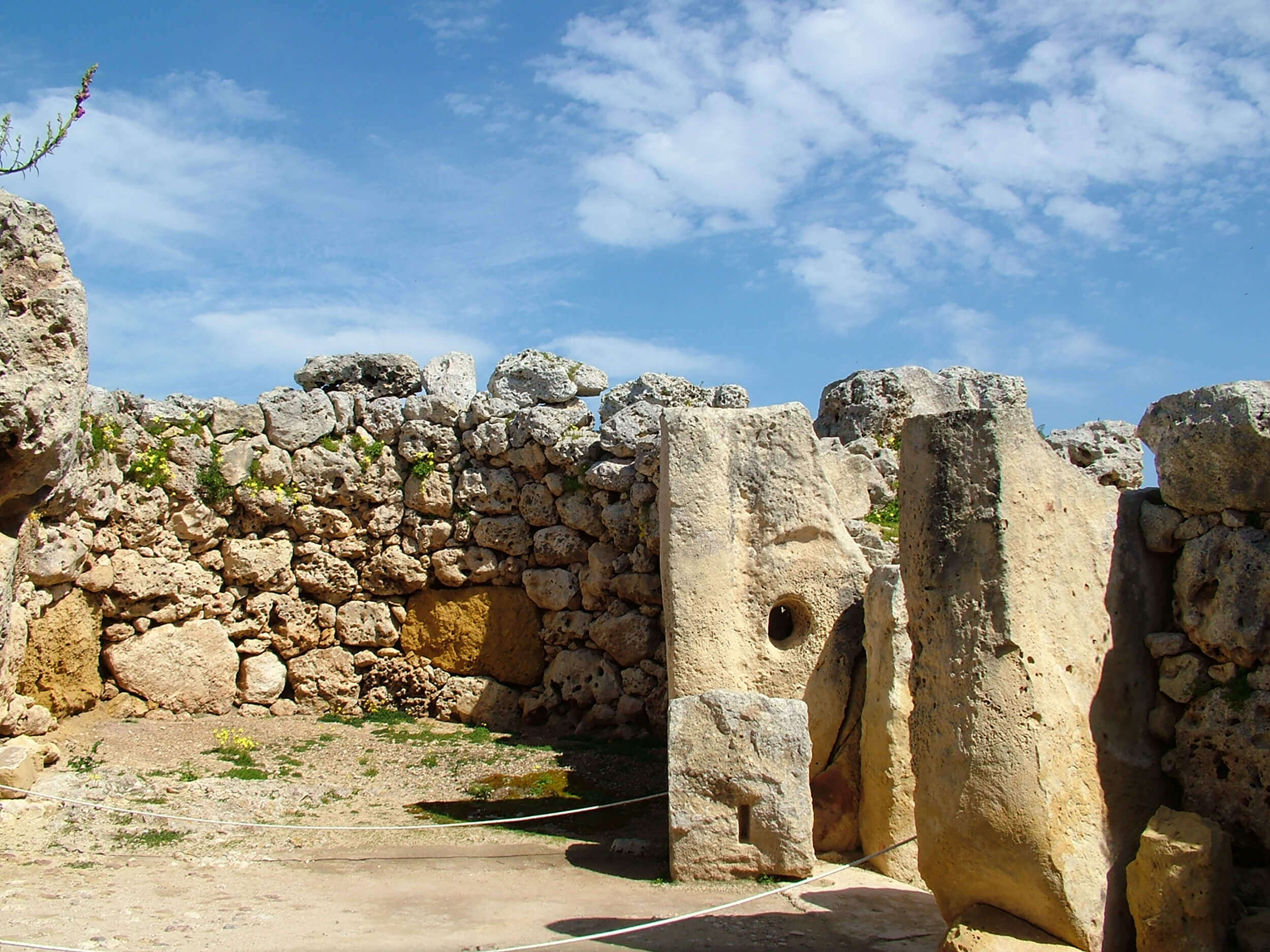 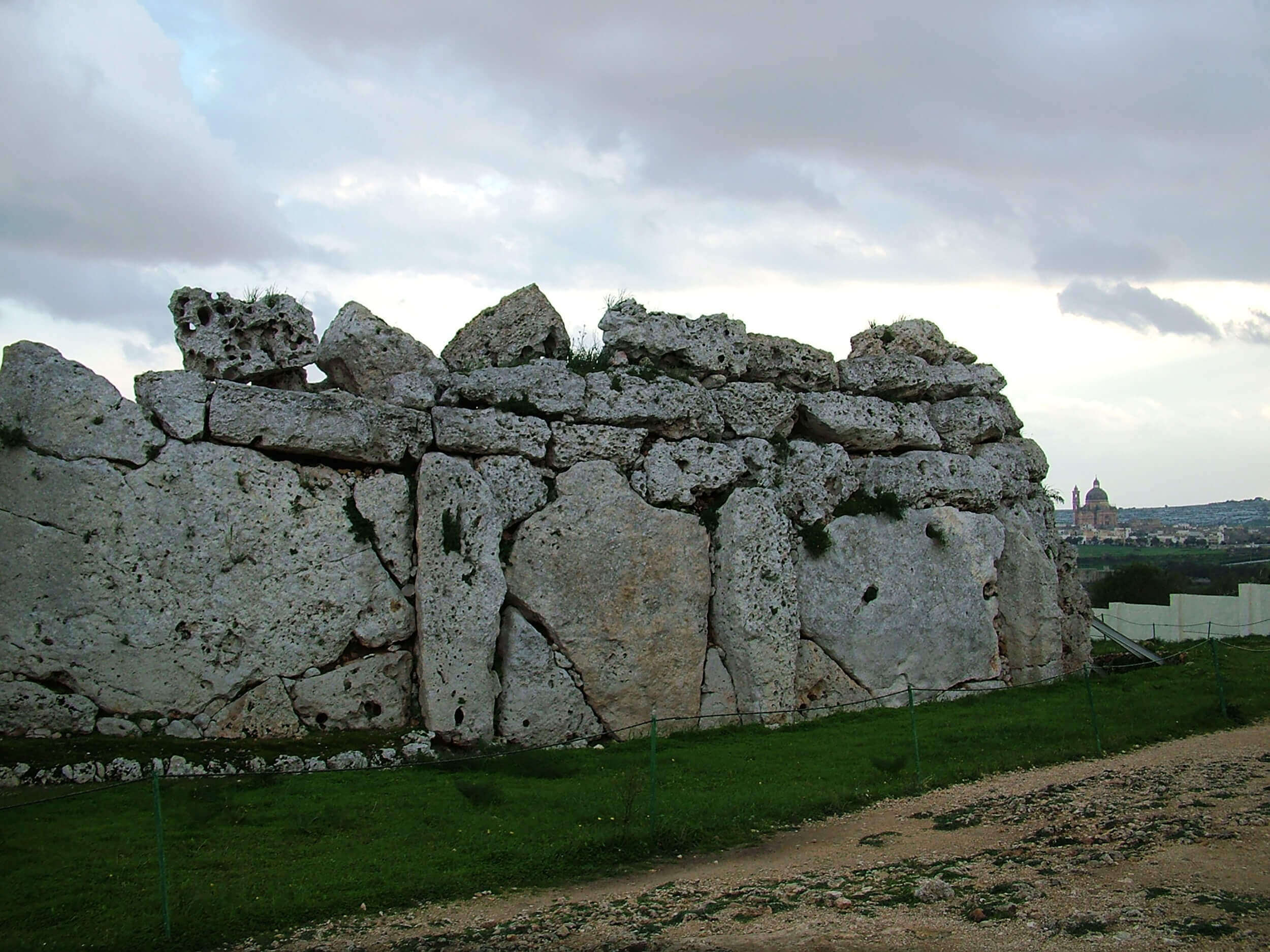 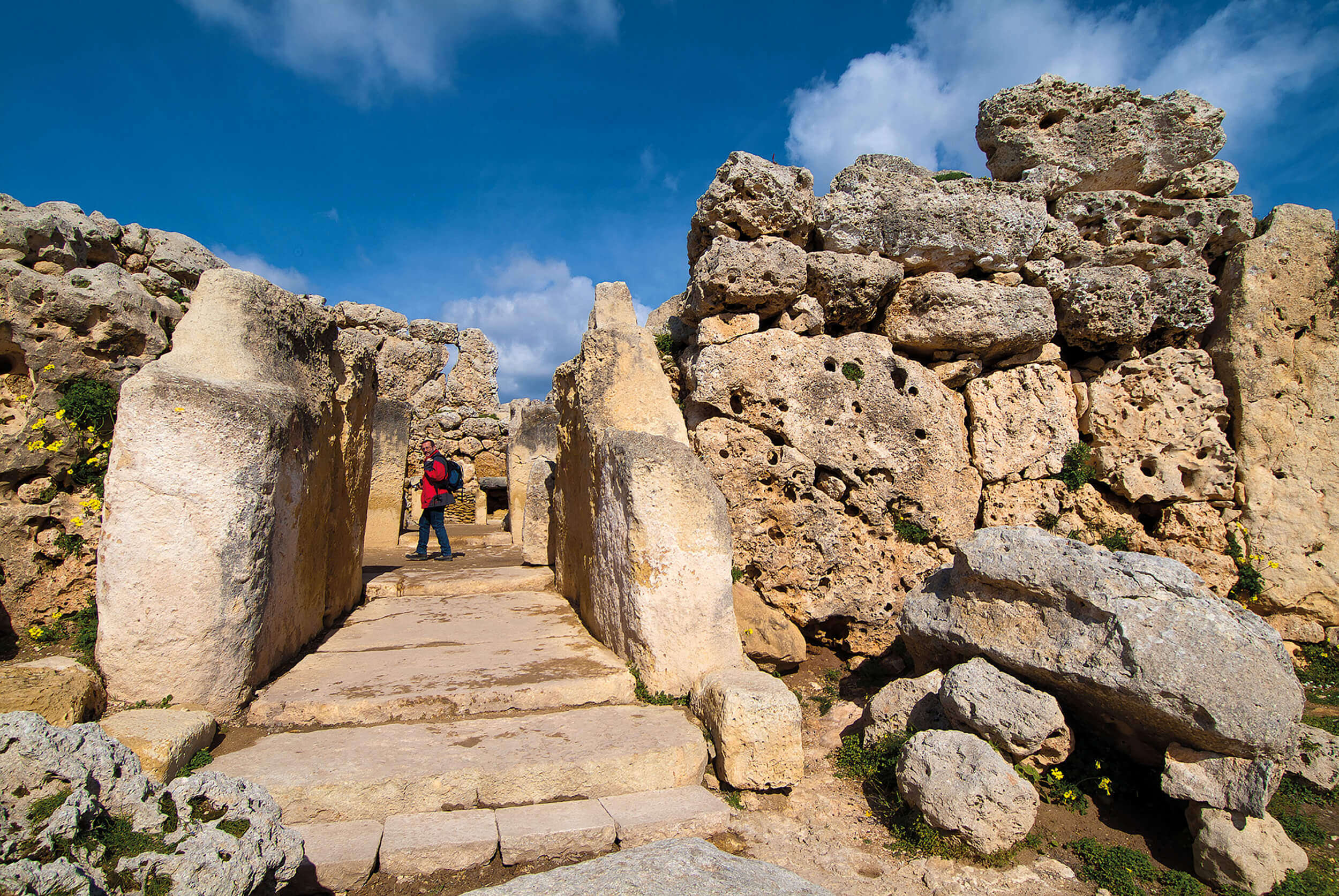 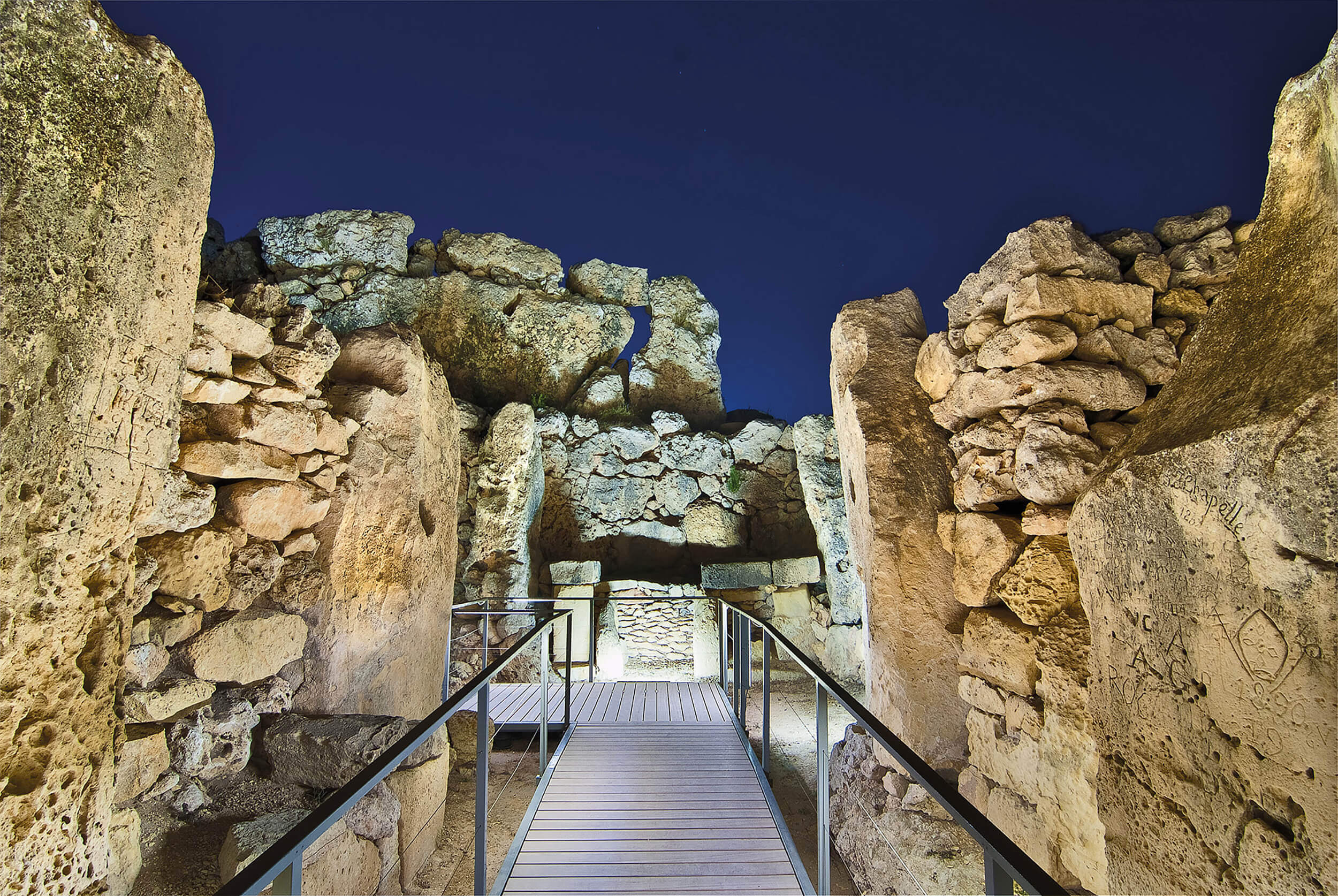