10 things you never knew about Gozo’s ‘church of miracles’

The Pope was set to visit Gozo during his first trip to the Maltese Islands in May. However, this trip was postponed due to the Coronavirus outbreak.

But what’s so special about Ta’ Pinu and why should you pay it a visit?

Here are 10 things you need to know: 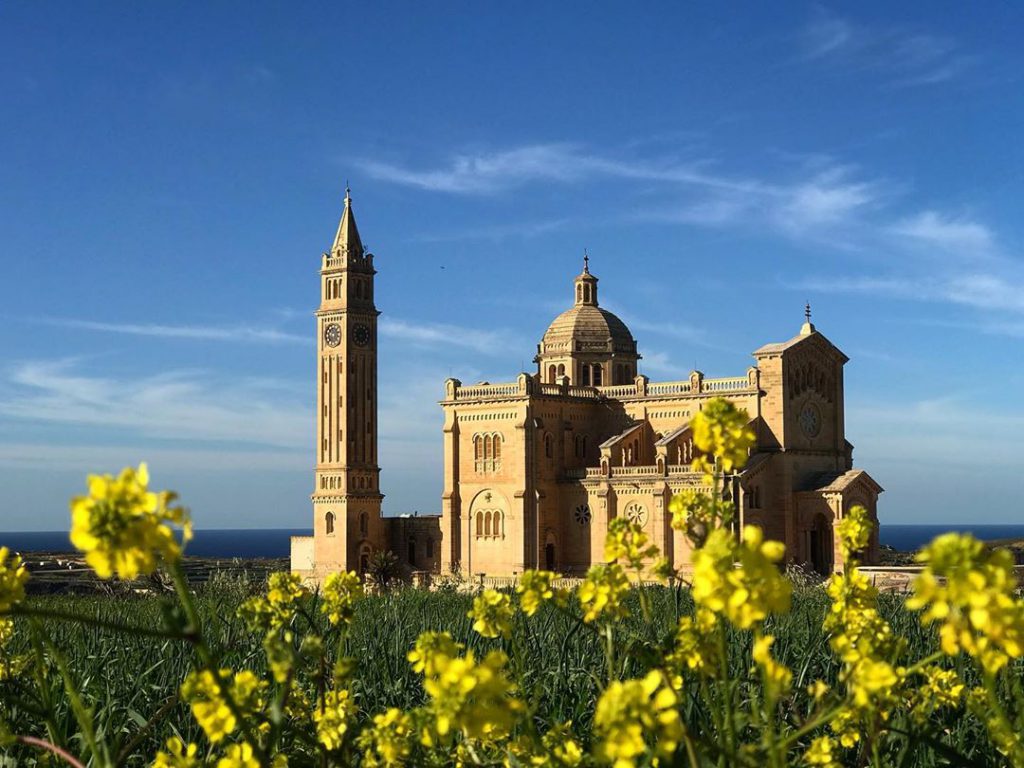 There are several stunning churches in Gozo, but the Ta’ Pinu Basilica near the village of Għarb is easily the most famous.

The magnificent basilica is surrounded by breathtaking scenic views, making the church an absolute must-see.

Ta’ Pinu is first mentioned in records dating back to around 1534.

In 2019, it marked its 400th anniversary as a place of worship with a series of special events.

The church is named after Pinu Gauci, a senior church figure who funded the restoration of the original chapel in 1599.

He also commissioned the Madonna’s portrait which still hangs in the church to this day.

Over the years the chapel acquired the name ‘Madonna ta’ Pinu’.

Ta’ Pinu owes its very existence to a miracle.

In 1883, Karmni Grima and her friend Francis Portelli heard a voice asking them to pray at the site.

Soon after, Francis’ mother recovered from a severe illness.

Dozens of miracles are said to have been performed there over the decades.

It was believed that the prayers said in the chapel in the 19th century saved Gozo from the plague.

Today, the walls of the church museum are covered in tokens of gratitude left by people who were cured, including letters of thanks, hearing aids, walking sticks and artificial limbs, hearing aids and letters.

The magnificent church you see today was built between 1922 and 1932.

It is an architectural masterpiece, with superb sculptures in Maltese stone.

It was carefully constructed in front of the original chapel, which remains intact behind the altar.

Inside the church you can marvel at six magical mosaics and more than 70 coloured windows.

Ta’ Pinu, formally known as The Basilica of the National Shrine of the Blessed Virgin of Ta’ Pinu, is on the outskirts of Għarb at the westernmost point of Gozo.

To reach Ta’ Pinu, you can take the 308 bus from Victoria bus station, which runs every hour.

By car, the church is less than 10 minutes away from the centre of Victoria.

Ta’ Pinu provides a wide range of spiritual and religious ceremonies but you can also just visit to admire the sculptures and the building’s awesome architecture.

Pope John Paul II celebrated mass at Ta’ Pinu during his visit to Gozo on 26 May 1990.

On 18 April 2010, Pope Benedict XVI placed a Golden Rose in front of the devotional image of Our Lady Of Ta’ Pinu which was transported from Gozo to Malta.

Pope Francis was set to visit Ta’ Pinu on 31 May 2020, however this trip was postponed due to the Coronavirus outbreak.

The church is regularly listed as one of the best places to visit in Gozo.

One TripAdvisor reviewer from Colorado wrote: ‘Take the time to see the mosaics outside the church as the detail is something to admire.

‘The inside is very peaceful and quiet. Definitely would recommend visiting if you have some time on Gozo.’

Another from Newcastle in England added: ‘You don’t have to be religious to appreciate this national shrine. The setting is spectacular.’

A third TripAdvisor user from Moscow posted: ‘The church is beautiful and impressive. It has a small museum with letters from people reporting cases of curing illnesses after visiting the church.