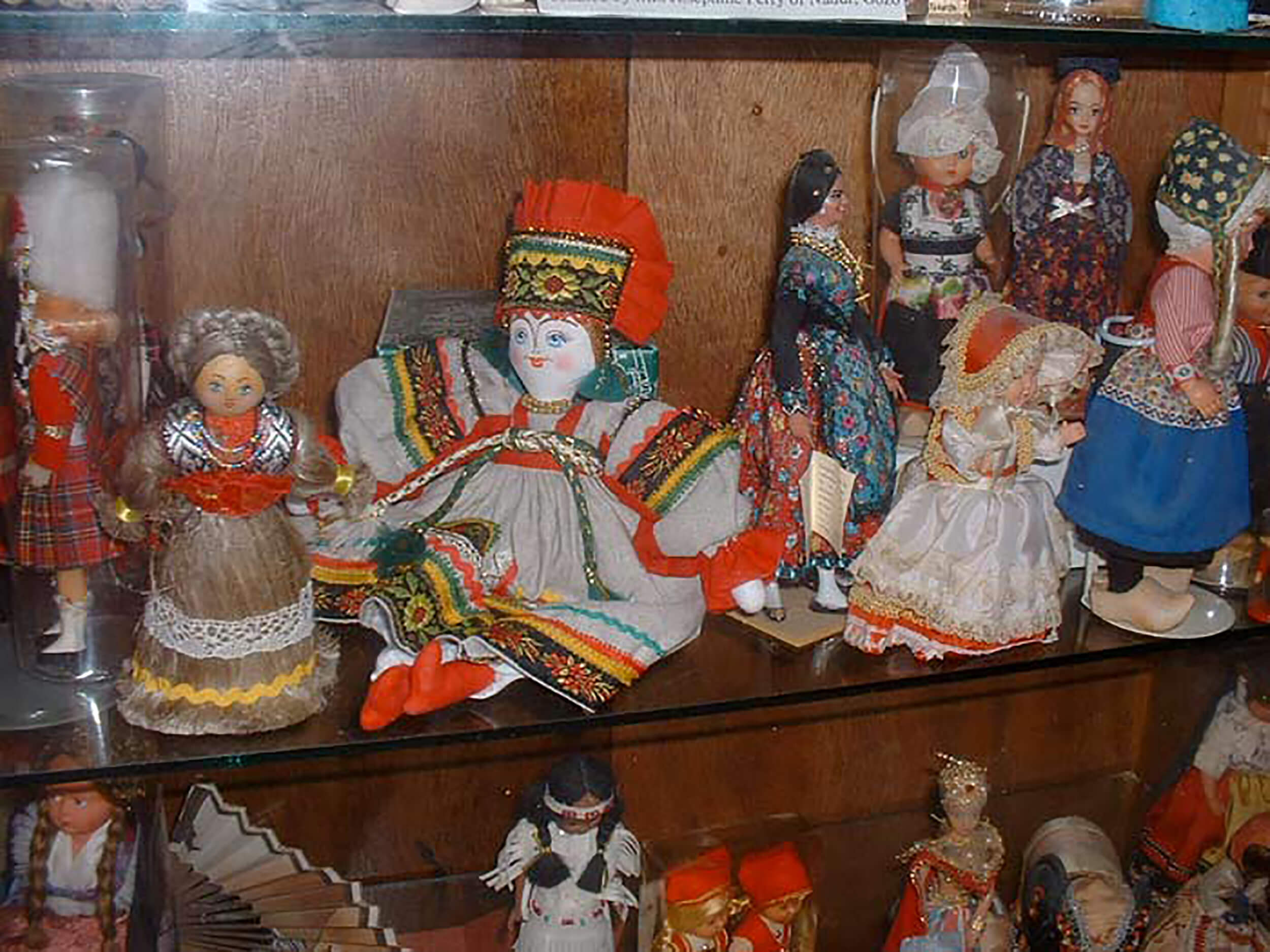 This small privately owned museum in ix-Xagħra was originally set up by Susan and Edwin Lowe in Devon, England in the 1970’s. It started with one doll and today boasts toys from all over the world. The name Pomzkizillious comes from the artist and writer of nonsense-verse Edward Lear. He made up the word in 1866 to describe the coastal scenery of Gozo which he loved to walk through and to paint on his visit to the island in March 1866. He was in Gozo for one week. According to his Diary he walked 20 miles a day on the island.

The oldest objects on display are a late 18th century Maltese Doll with carved wooden head and some Italian Presepio (nativity scene) figurines dating from the 1790’s. Among other attractions there is a 1930’s Noah’s Ark, a “Hornby” Train Set and Edwin’s “Dinky” vehicles, a pressed paper “Hunting Scene” and “Zoo” which have survived over 100 years, as well as a set of soldiers made in the 1970’s but dressed in the uniform of the Swedish Army in the 1750’s. Also on display is a rare set of unmarked Lead Cricketers and other lead toys including a zoo and farm animals, Cowboys & Indians, Aeroplanes, Ships & Soldiers and an Ambulance Set about 1890’s, along with optical toys, soft toys made by Steiff, Lenci and Kathe Kruse, and a few (Schuco & Lehmann) clockwork tin toys from the 1920/30’s. 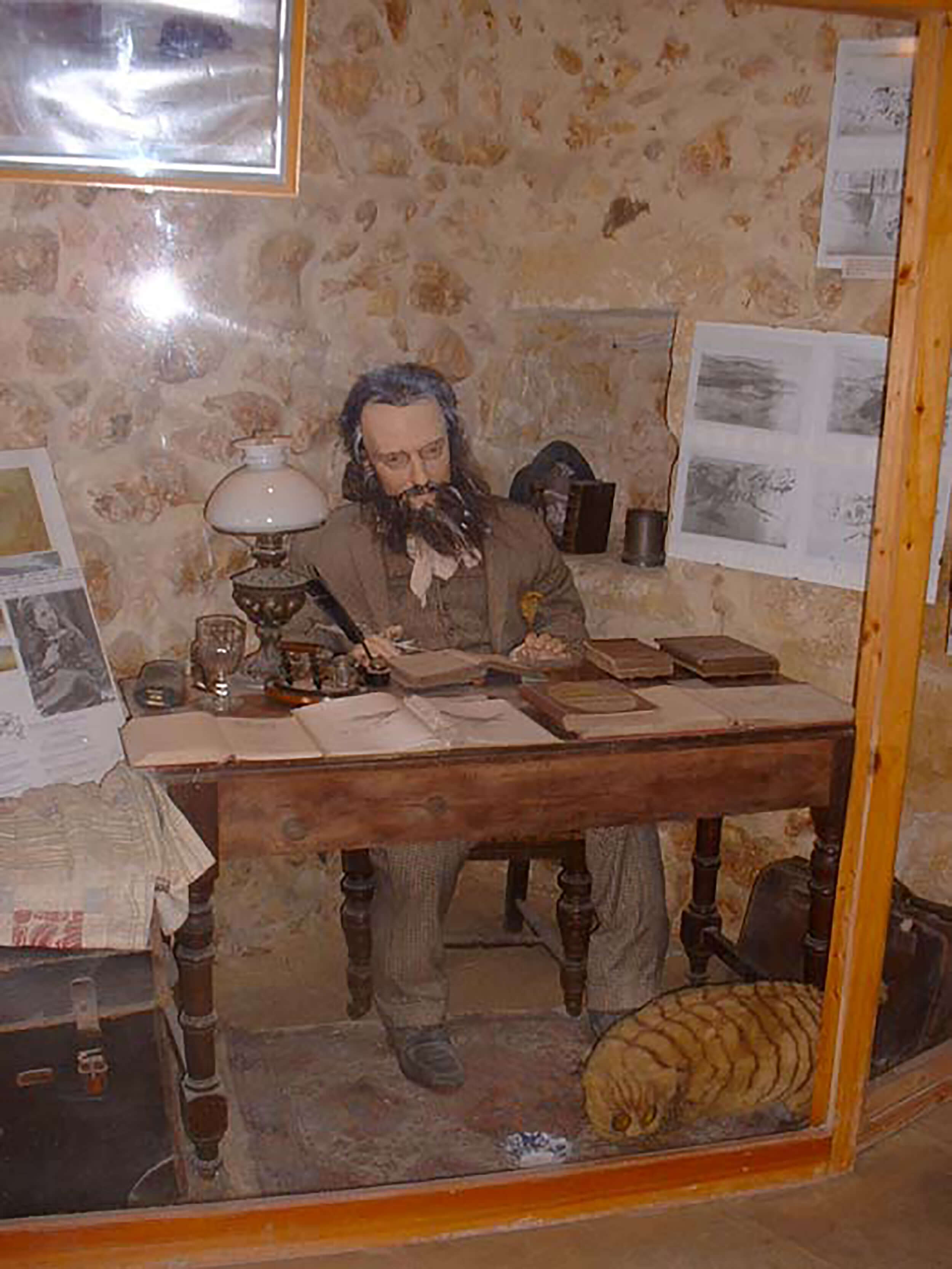 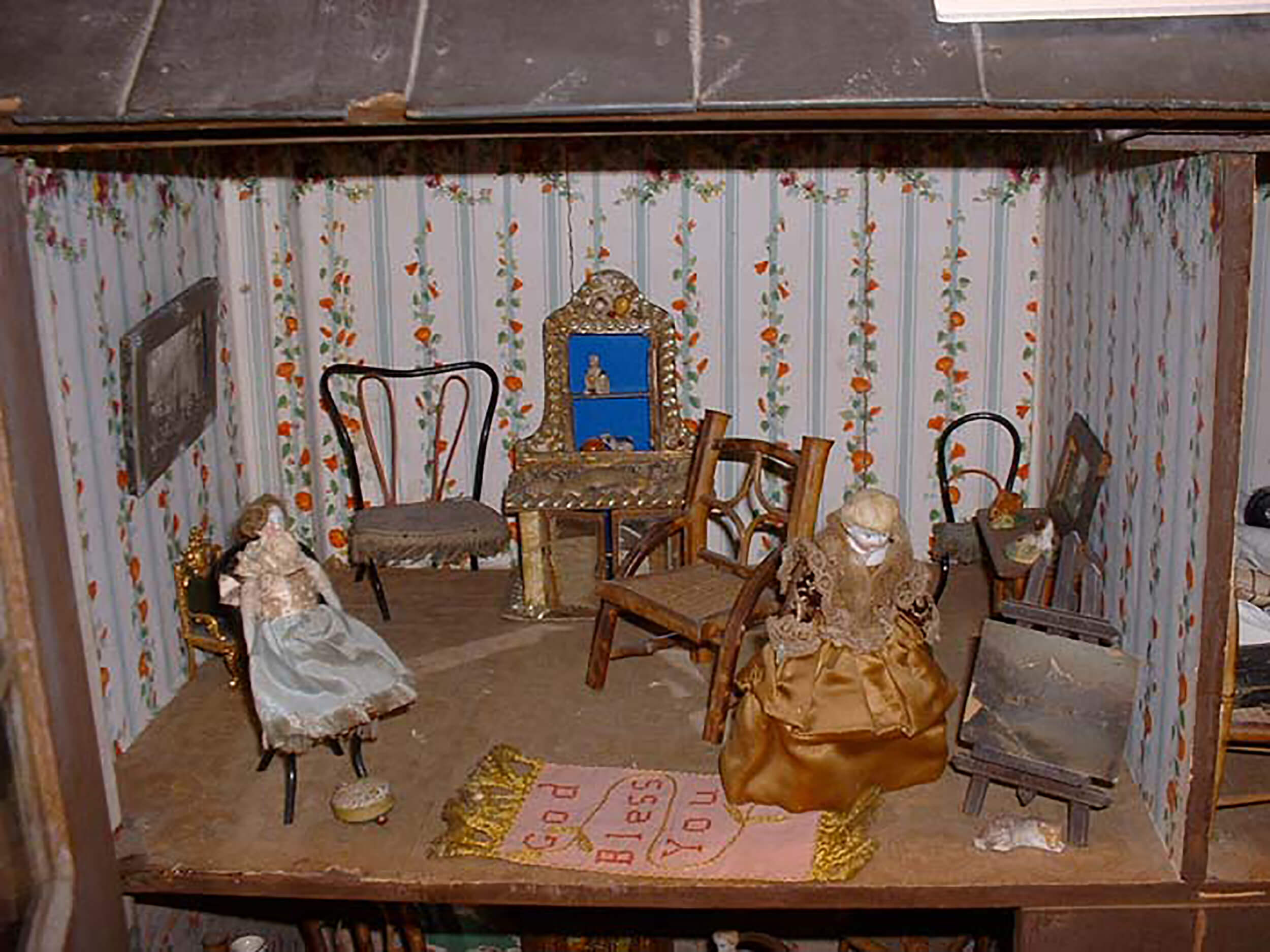 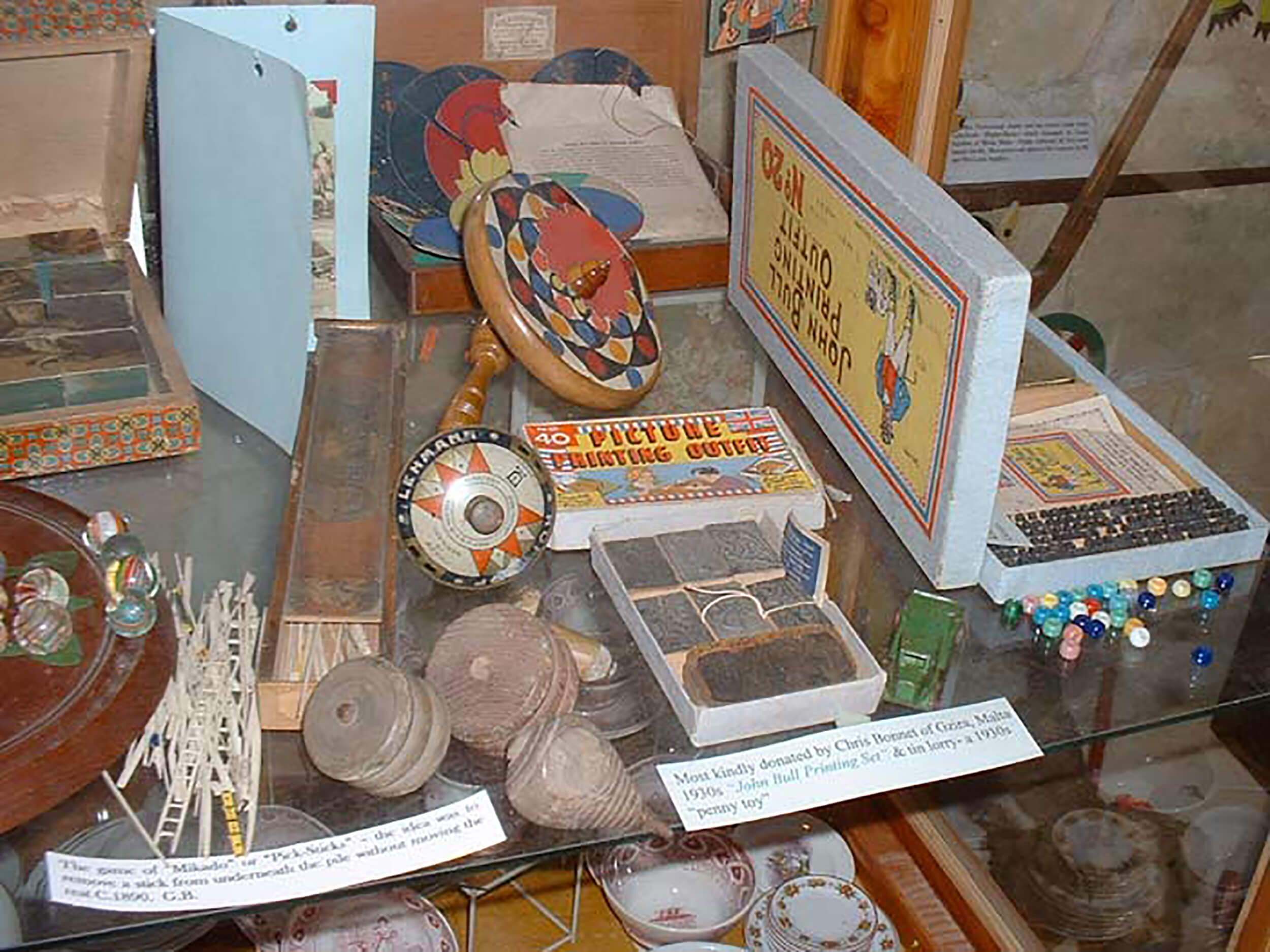 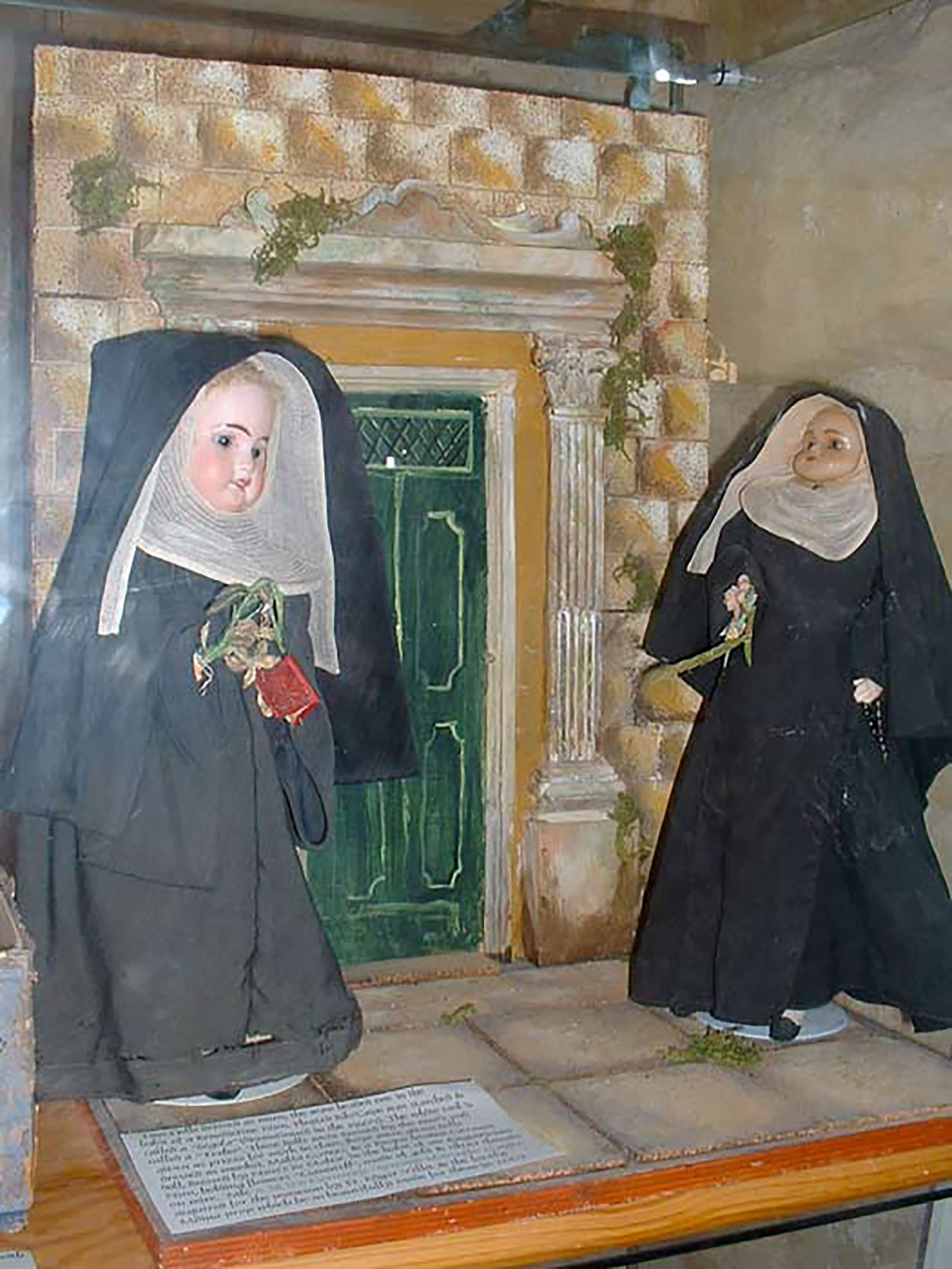