L-Għarb is the second oldest village parish in Gozo, having been established in 1679. The Parish Church and Collegiate Basilica, built-in 1699 and consecrated in 1729, is one of the most architecturally perfect churches in Gozo. The design is based on Francesco Borromini’s Sant Agnese in Agone in Piazza Navona in Rome.

The Gharb church was built to replace the older and smaller chapel of “Taż-Żejt” (still standing) which served as the parish church for fifty years. It is called Taż-Żejt ‘ (zejt meaning oil) because of a legend that says that an old woman found oil oozing from the side of the church, spread it over her body and was cured of her ills. However, this proved itself too small and the parishioners decided to build a new church. Its foundation stone was laid in 1699 and the parish was transferred to the new church around 1729. It was consecrated on 28 September 1755. In 1774 the church became the second Collegiate of Gozo and was elevated to the status of minor Basilica in 1967.

The feast day is on the 31st May and the village festa takes place the first weekend of July. 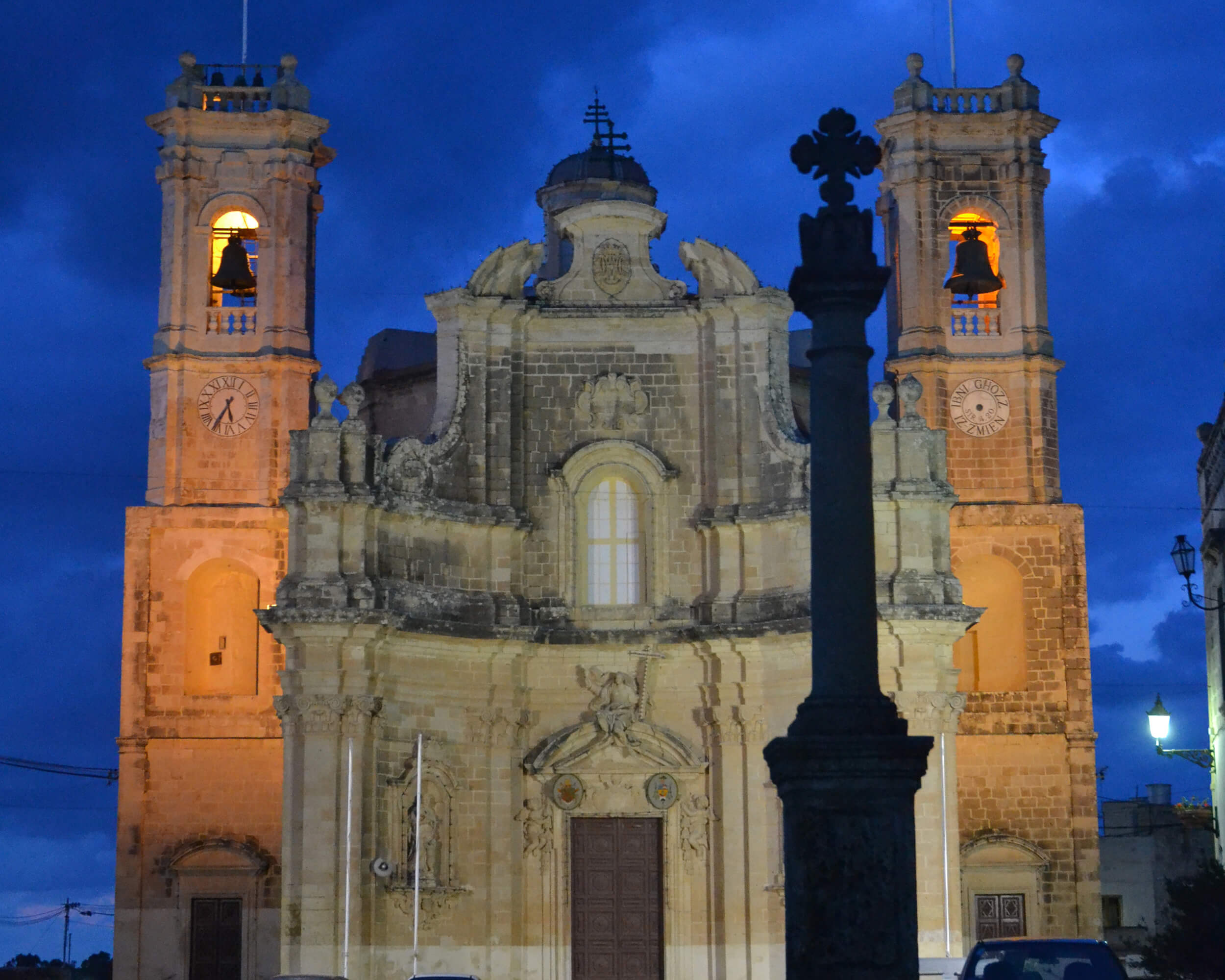 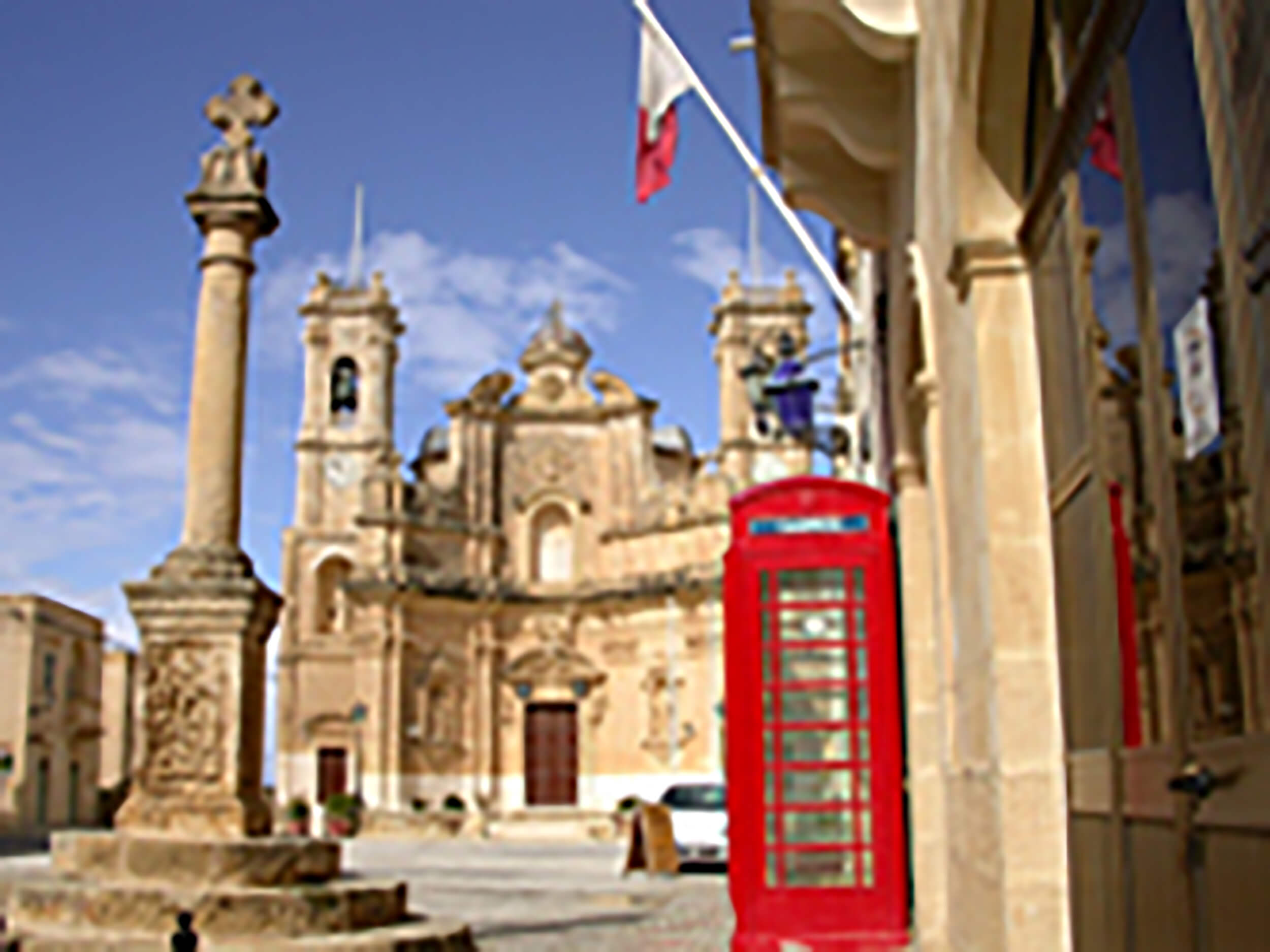 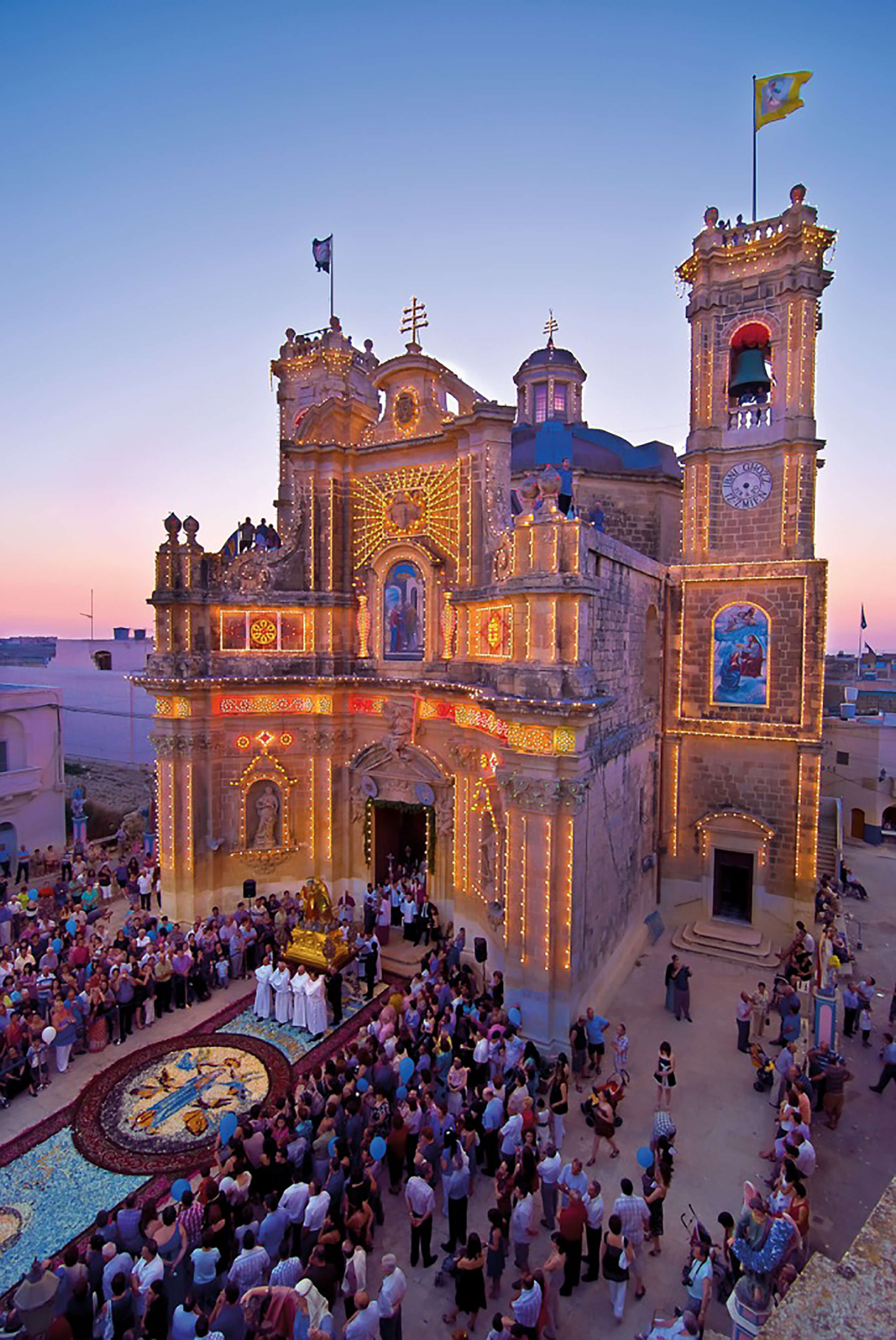 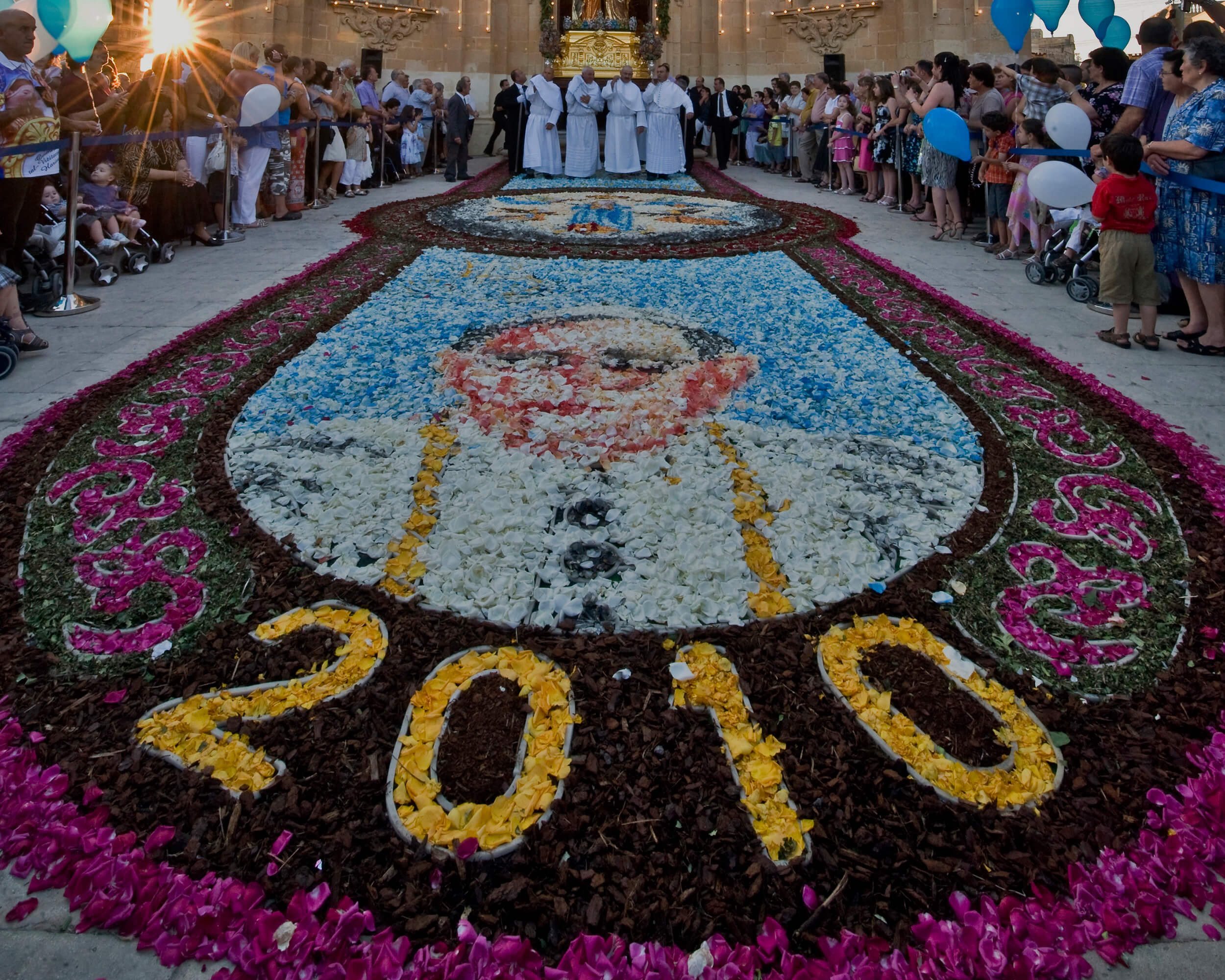 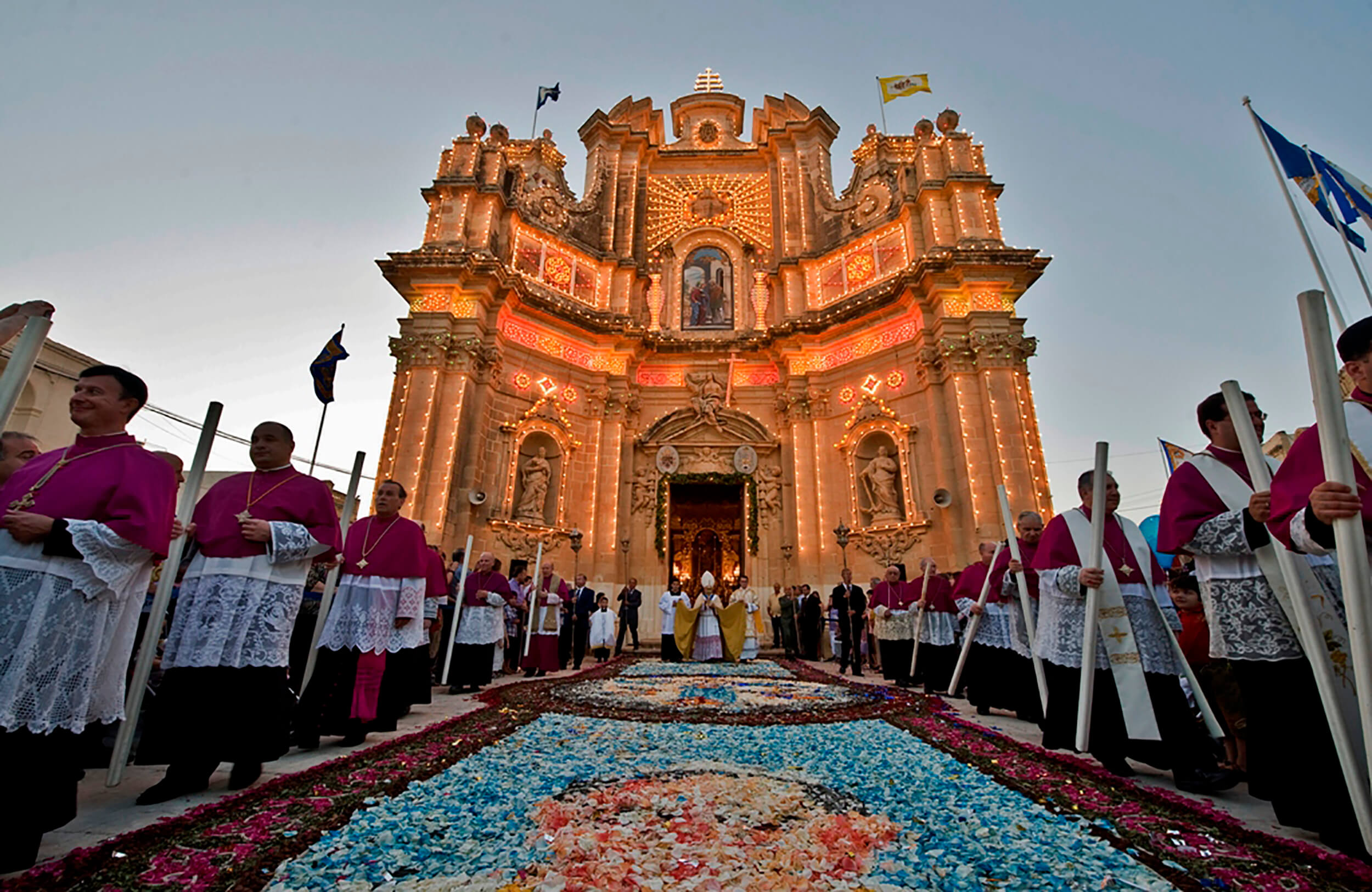 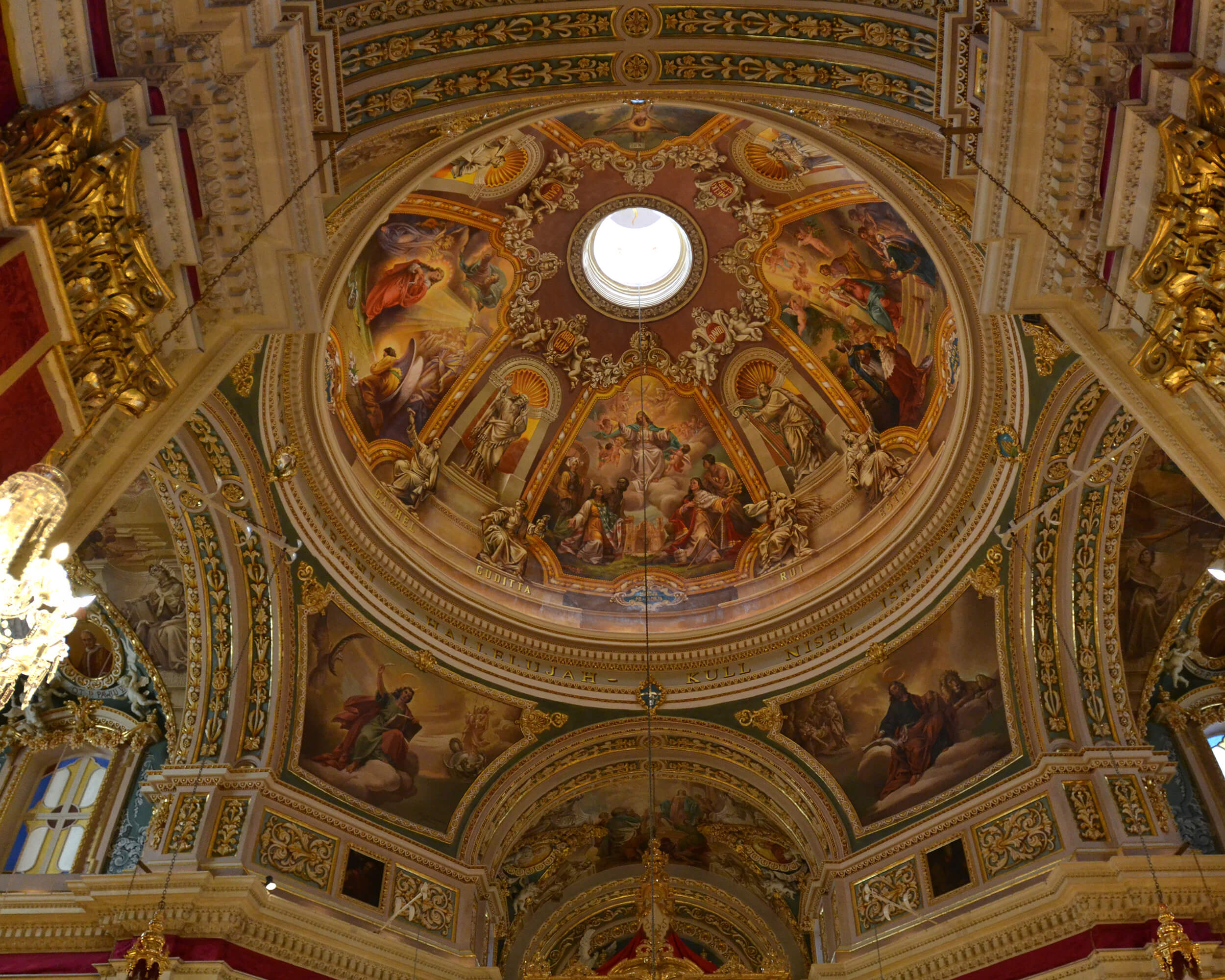