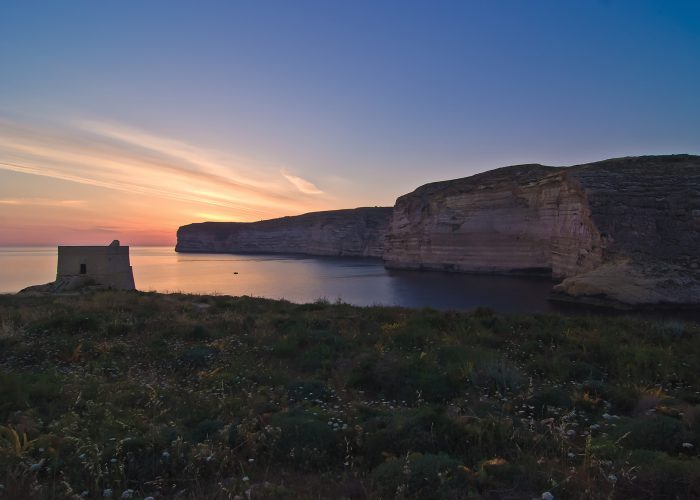 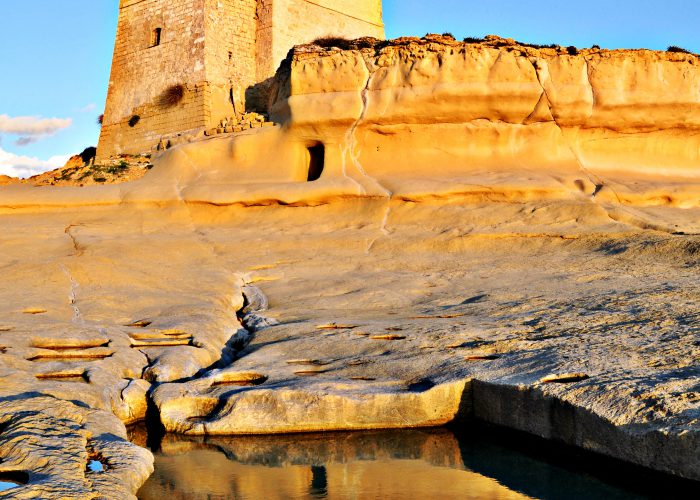 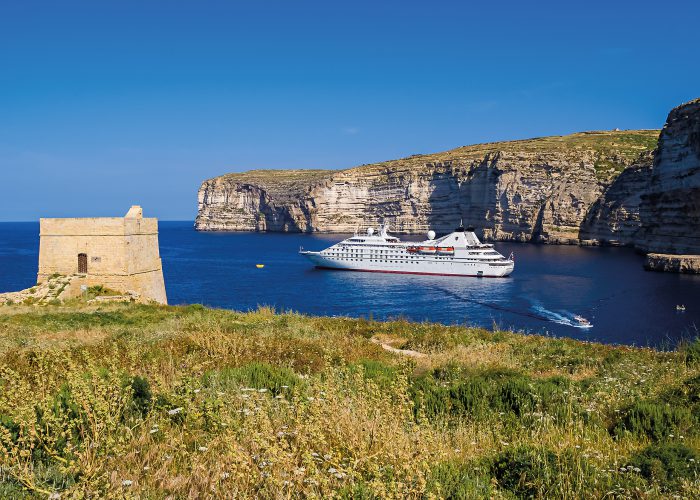 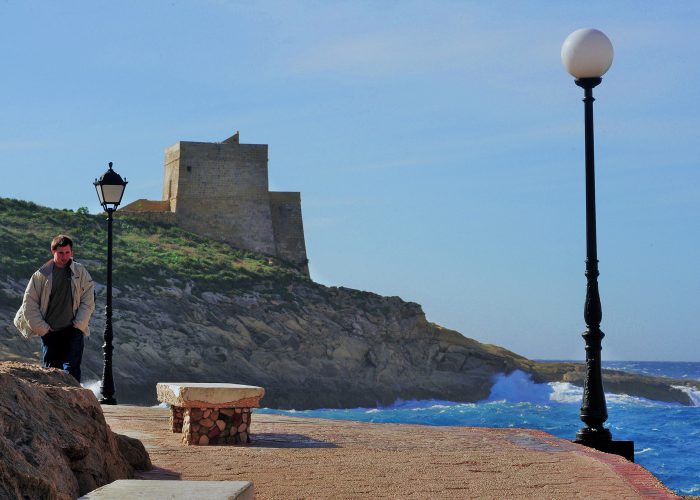 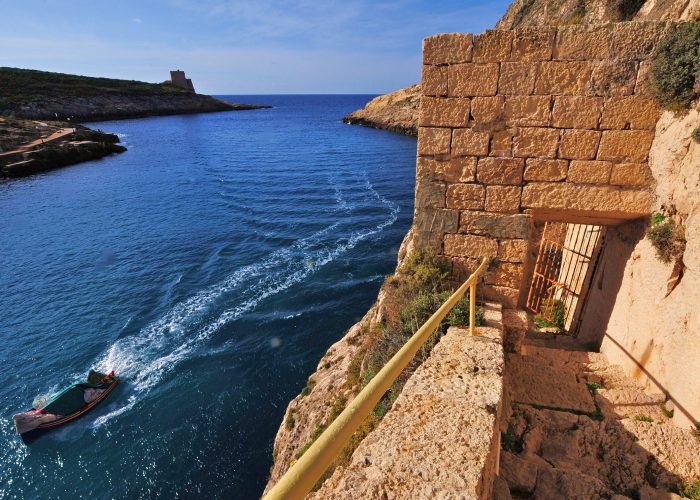 The ix-Xlendi tower is the oldest free-standing coastal watchtower in Gozo. It was built during the reign of Grand Master Lascaris in 1650. It was designed to defend ix-Xlendi Bay and keep out smugglers, pirates and quarantine evaders (the Knights Hospitaller were accomplished medics and had a strict quarantine policy for ships arriving from diseased areas). The Tower is 35 feet square and rises to a height of 30 courses. It has an architecturally unique platform jutting out seawards.

The Tower was armed with two 6-pounder iron guns that were later replaced with two 4-pounders. The Tower had its own Capo Mastro (Detachment Commander) and a Bombardier (gunner), who in turn had his own Aggiuntante. At night the Tower was itself guarded by three more armed men. From the rising cliffs of Ras il-Bajda, the tower commands an extensive view of the south-western approaches to Gozo and the entrance to the Comino Channel. The ix-Xlendi Tower continued to serve as guardian of the bay until as late as 1871