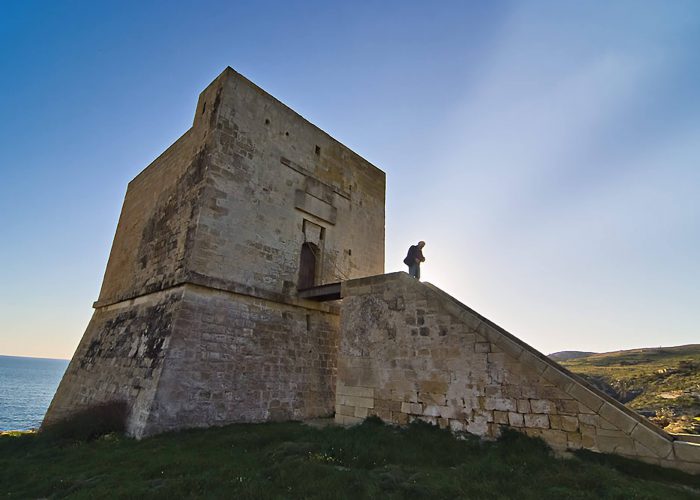 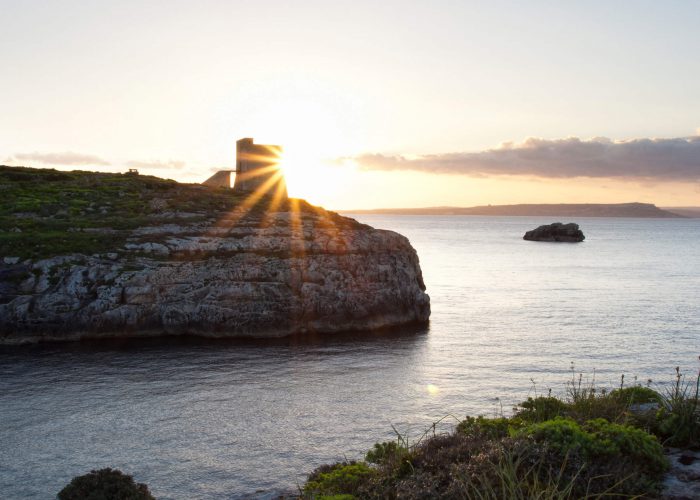 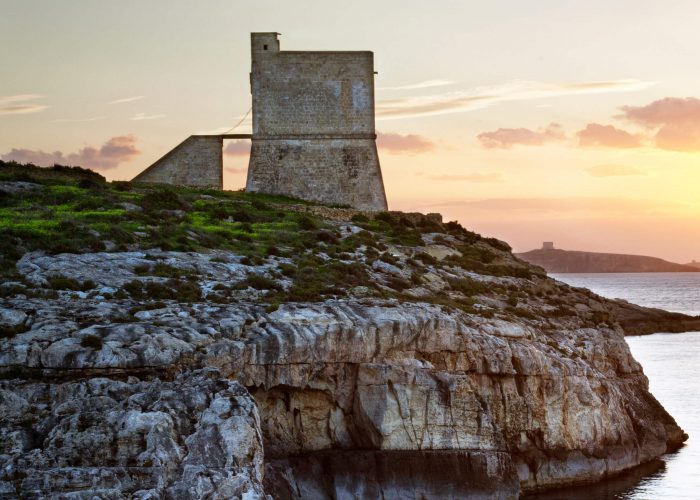 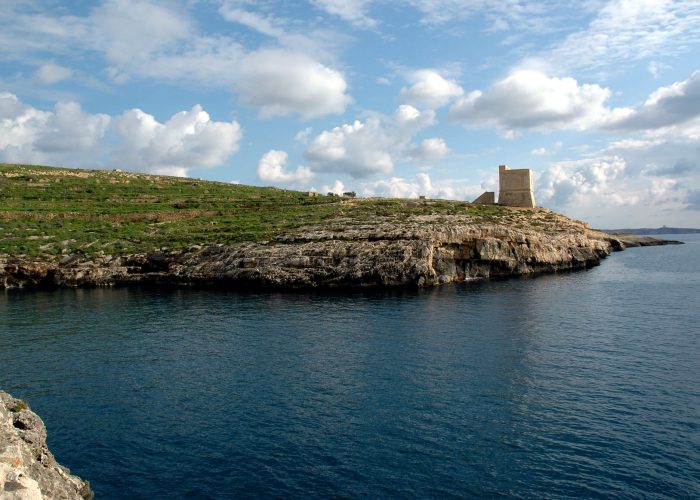 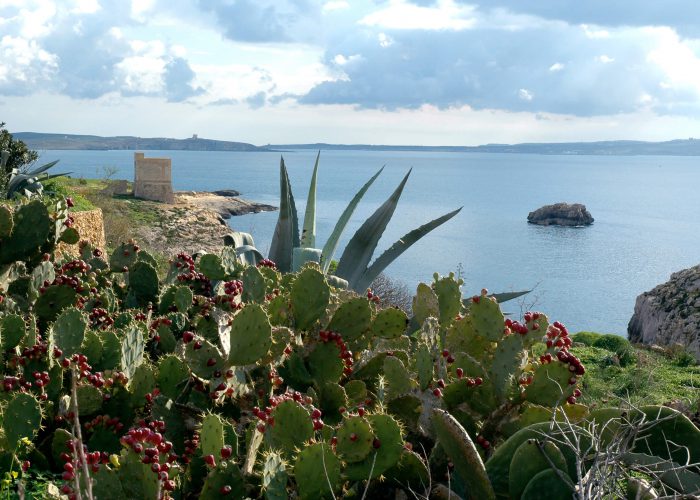 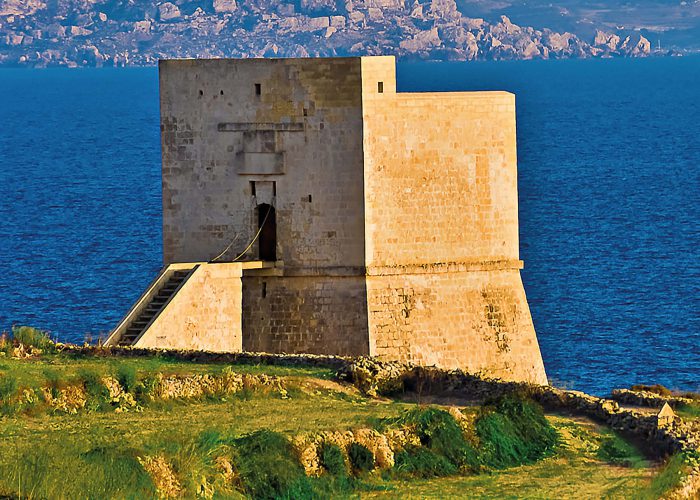 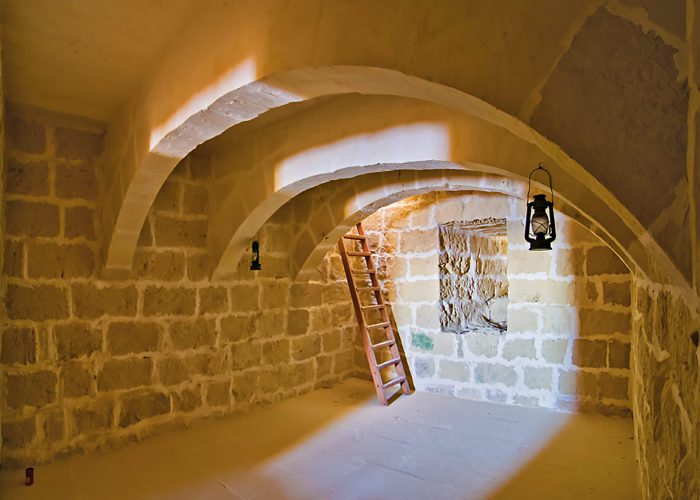 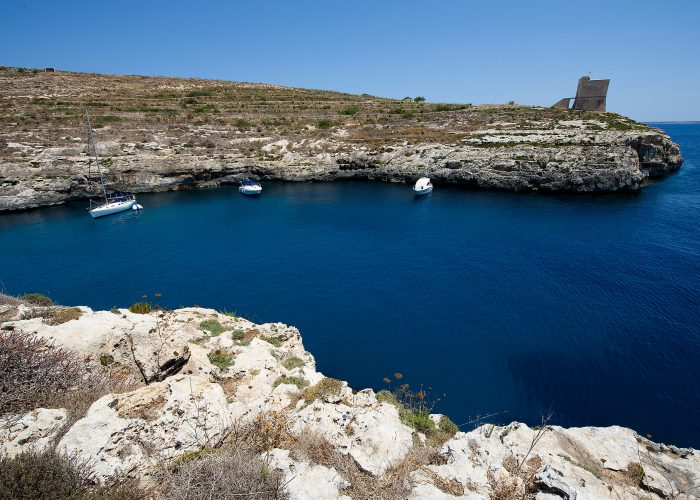 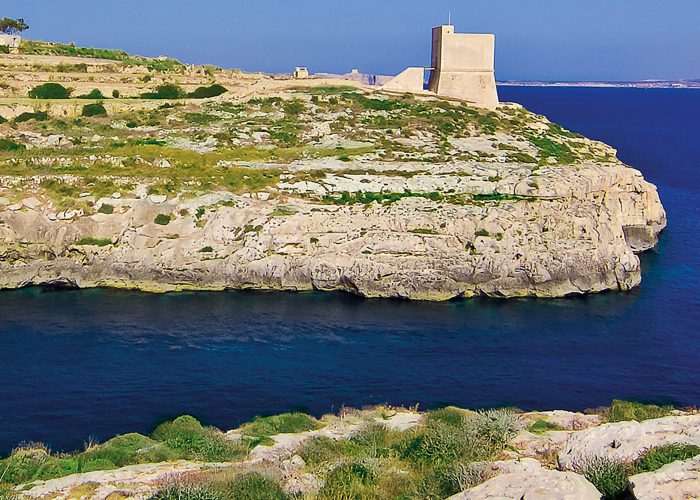 On the rocks at the entrance to the delightful narrow bay of Mġarr Ix-Xini is this historic Knights-period coastal defence tower. Built in the mid-seventeenth century, it arrived too late to prevent the Ottoman Turks from using this inlet in the devastating attack of 1551 when most of the population of Gozo was taken into slavery, many loaded onto ships just below where the Mġarr ix-Xini tower stands today.

Mġarr ix-Xini tower is one of 14 coastal towers built around the coasts of Malta and Gozo during the reign of Grand Master de Redin in 1658-59. It has a square plan and contains two floors, each with vaulted ceilings, and a flat roof with a shallow parapet. Unlike the other De Redin towers the Mġarr ix-Xini tower had only one entrance, approached by a flight of steps and a palisade drawbridge. A spiral staircase climbs in the thickness of the north wall up to the roof.

The Mġarr ix-Xini tower was built by the Universita (local government) of Gozo to a plan by Mederico Blondel, an engineer of the Order of St John, at an estimated cost of 857 Scudi (equivalent to €166). The tower was functioning by June 1661 and was manned by a castellan and a professional bombardier. By 1785 when the Ottoman threat had receded, the tower was probably not permanently manned as it does not appear in the artillery survey of that year. However during an alert in 1792, the Knights Congregation of War is recorded ordering that the tower be armed with two 6 pounder iron guns.

The Mġarr ix-Xini Tower was jointly restored during the year 2000 by the Ministry for Gozo and Wirt Għawdex (Gozo Heritage). An old cobbled path leading to the tower from Mġarr ix-Xini bay (and all the way from ix-Xewkija), has been cleared and reopened, creating a very pleasant walk to the tower.