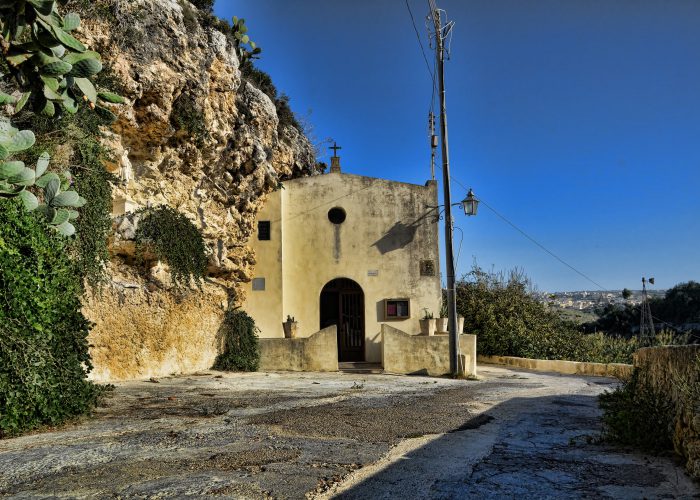 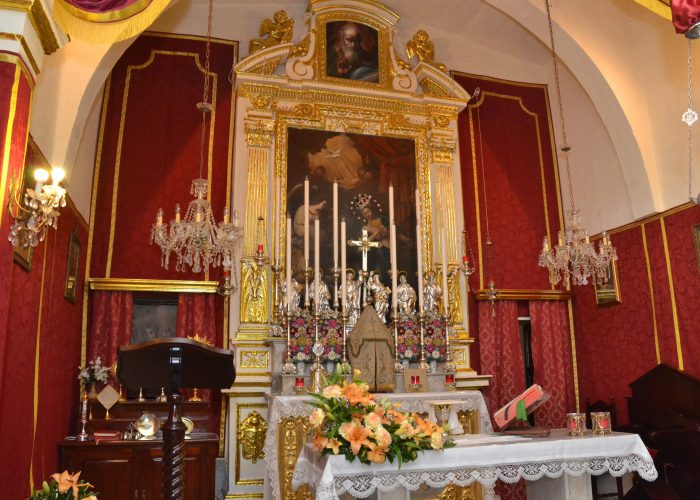 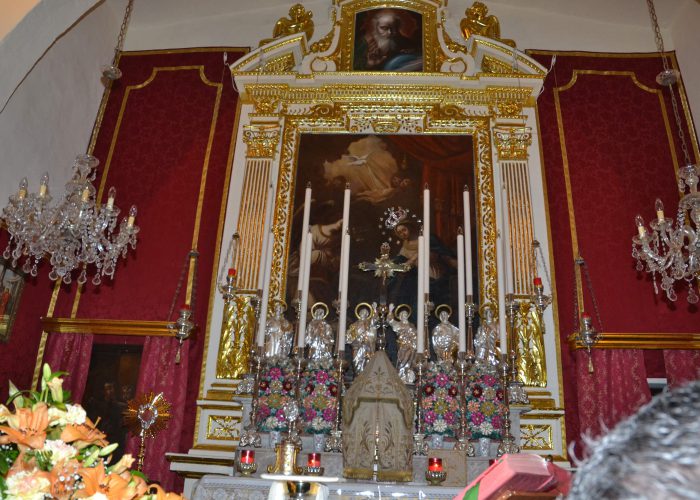 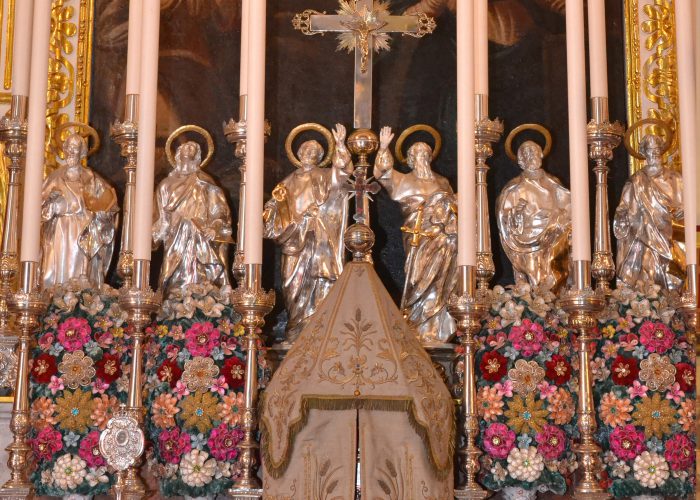 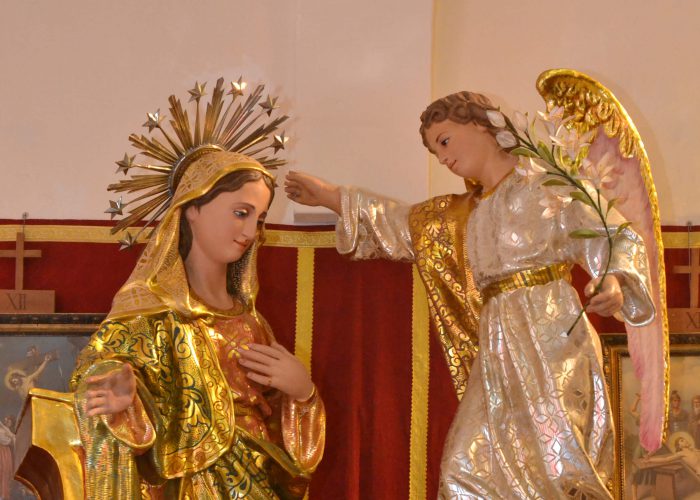 The present chapel in Lunzjata was rebuilt early in the 16th century. The origins of the first building are lost in time but we do know that in 1370 a chapel on the same site dedicated to the Annunciation of Our Lady became part of a royal benefice administered by the Aragonese king from Sicily and later by the Grand Master of the Order of St. John in Malta.

The main altarpiece was painted by Fra Lucas Garnier. It is the only painting by this artist in Gozo and one of very few in Malta. The chapel, partly triglodytic, still retains some features typical of late medieval chapels.

In 1954 Joseph Farrugia donated a statue of the Annunciation of Our Lady to the chapel. This was sculpted by the Gozitan artist Wistin Camilleri Cauchi (1885-1979).

The feast of the Annunciation of Our Lady is celebrated on the 25th of March.