The Old Prison lies adjacent to the Courts of Justice (to which it was originally connected) in the Gozo Citadel. Today’s entrance hall served as a communal cell in the 19th century and now hosts a permanent exhibition on fortifications, while a separate block of six individual cells makes up the rest of the prison Which was in use from the mid-16th century until the beginning of the 20th century.

From soon after their arrival in Malta, the Knights of St John used this prison to contain their rowdy and disruptive members. The list of notorious inmates includes none other than Fra Jean Parisot de La Valette, Grand Master and commander during the Great Siege of 1565 and founder of Valletta. In 1538, he spent four months in the Gozo prison after attacking another man (who was not a Knight).

The walls of the cells and corridors in the Old Prison are covered in graffiti. This is the largest known collection of historical graffiti on the Maltese Islands. The images are mainly of sea vessels and date from different periods. But there are also palm-prints, crosses, names, dates, games, and anthropomorphic figures. Some inmates also appear to have scratched a tally of their length of stay behind bars. These graffiti are a fascinating human insight into the lives of those incarcerated here.

After the expulsion of the Knights from Malta, the prison remained in use. From the mid-19th century, another building on the other side of the Citadel started functioning as a prison. For some decades The Old Prison was used to hold those on remand until it finally gave way to more modern facilities. 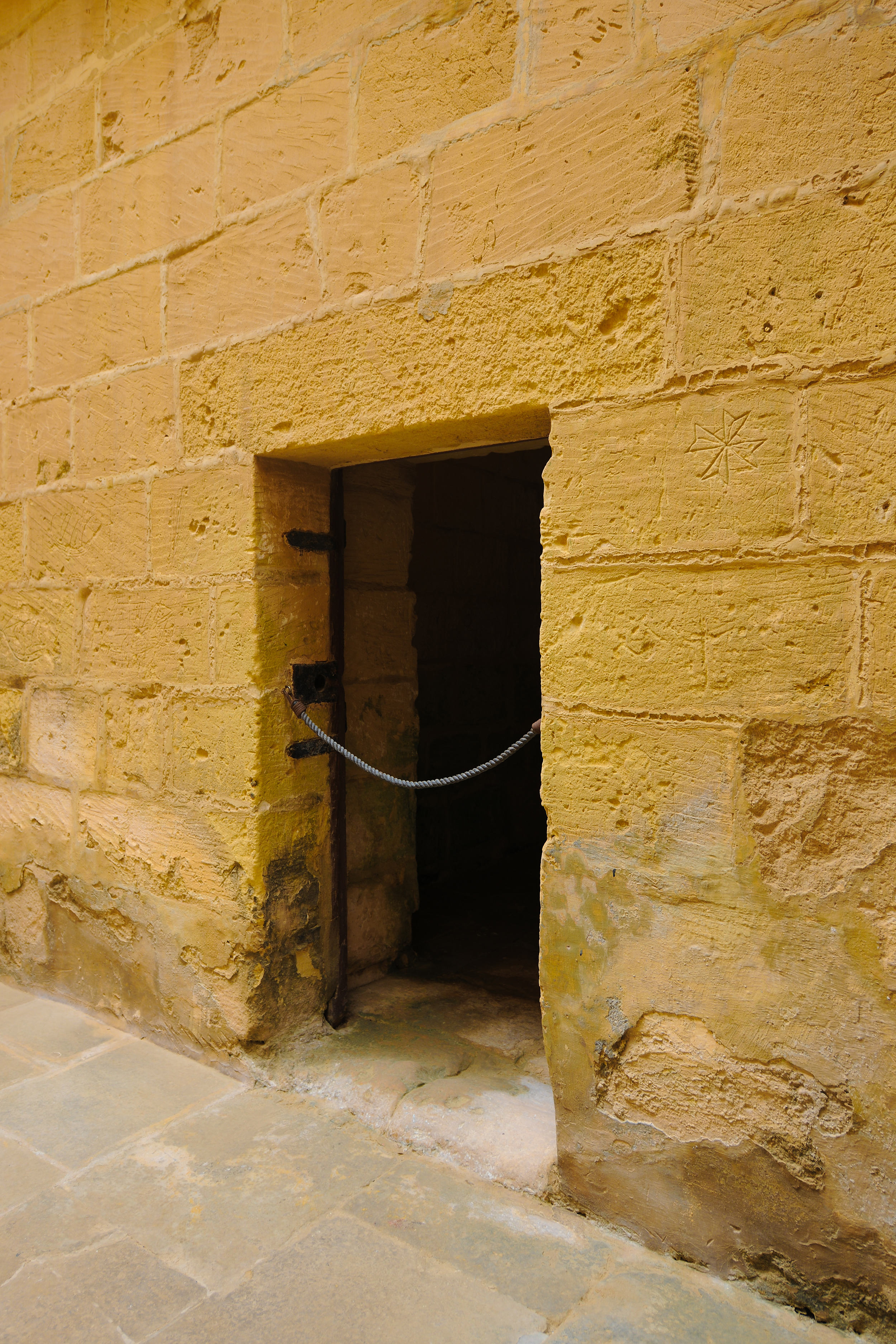 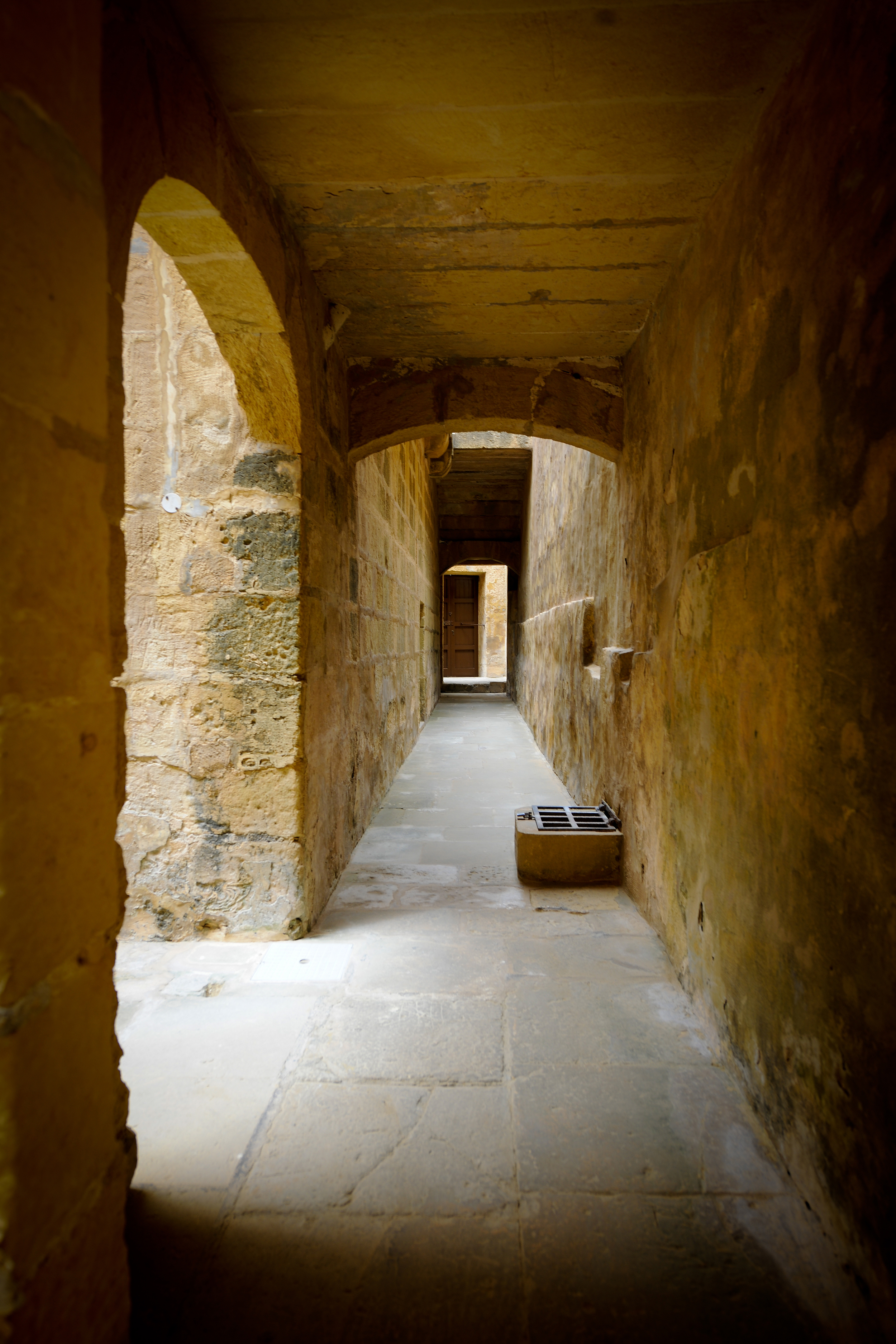 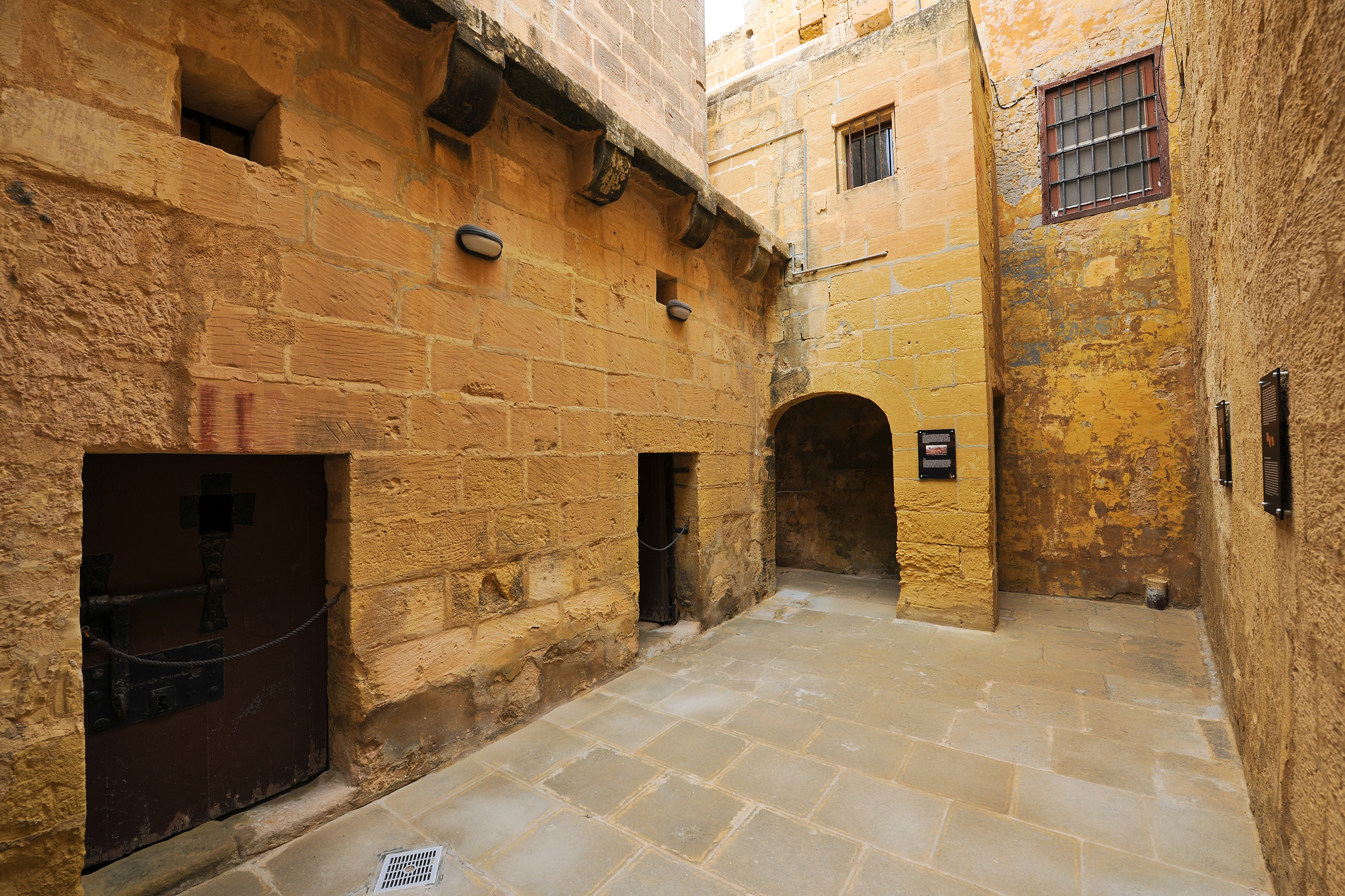 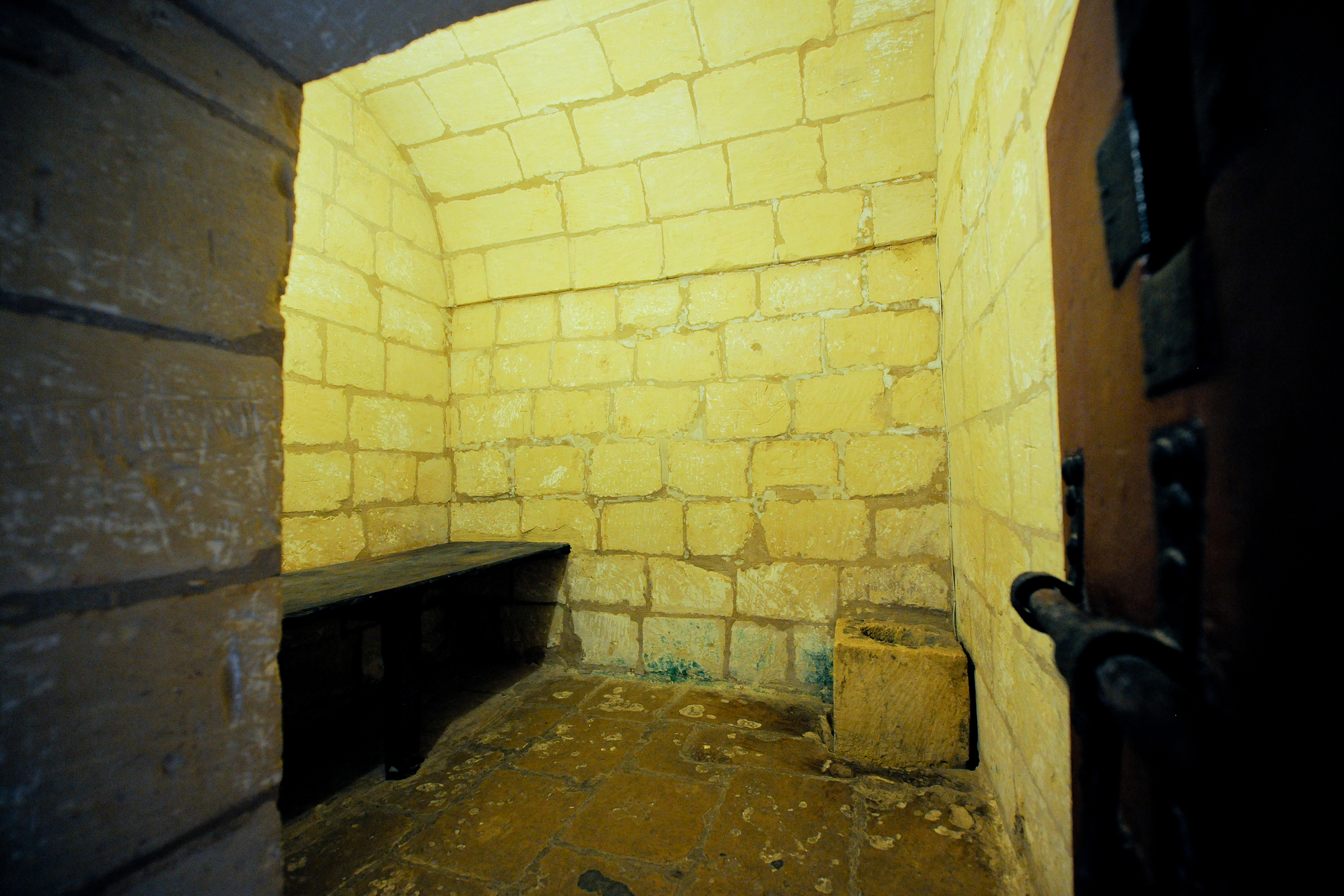 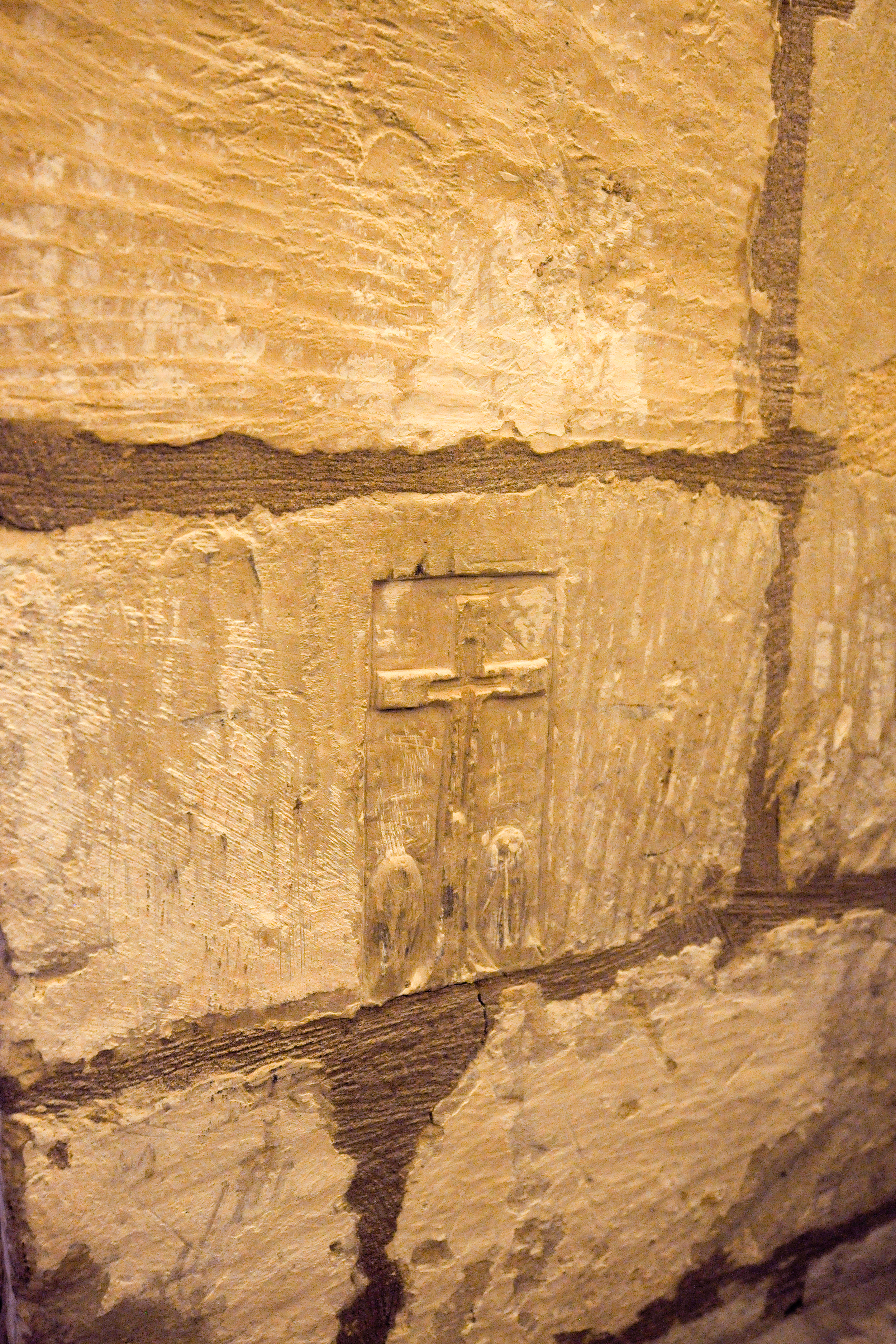 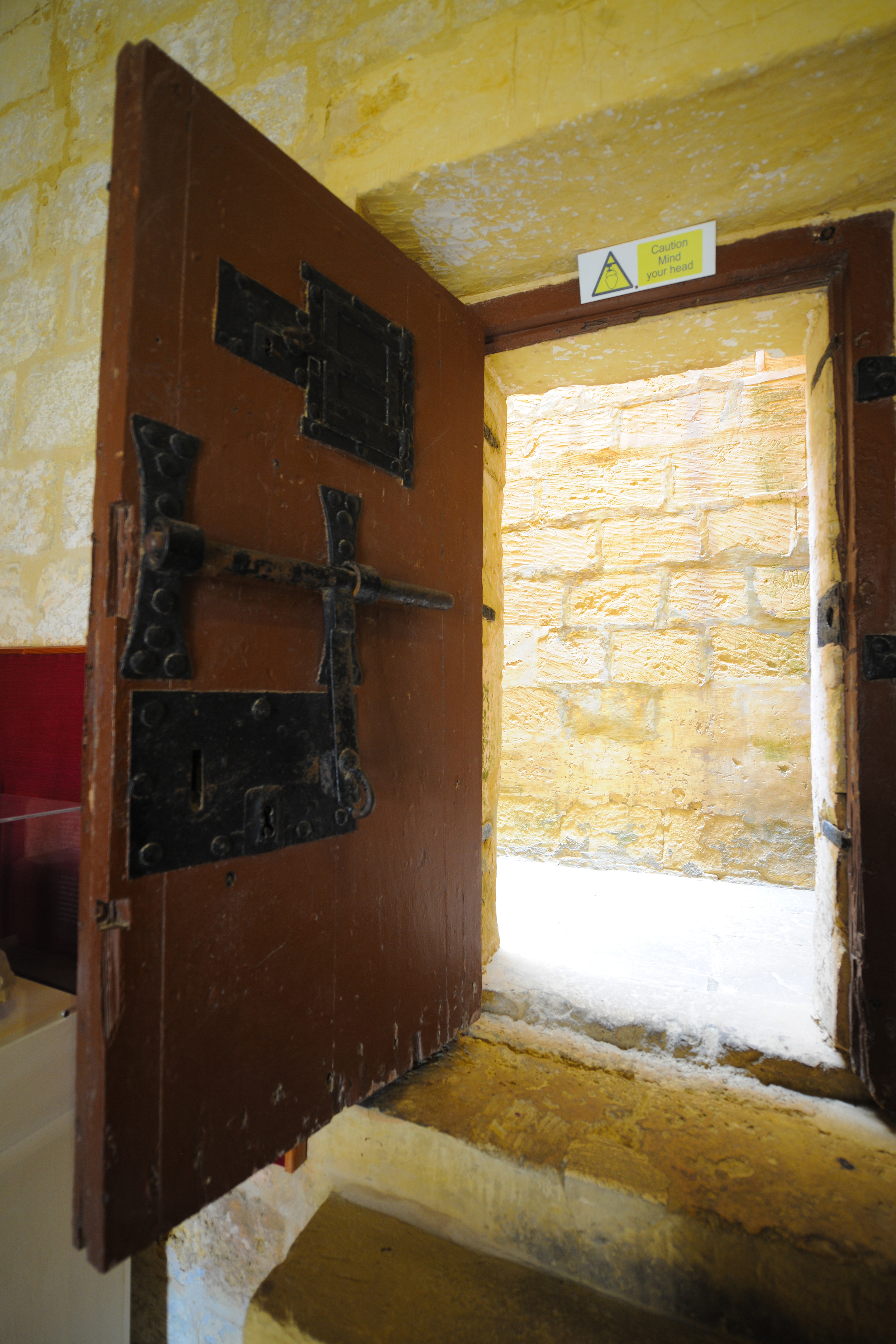