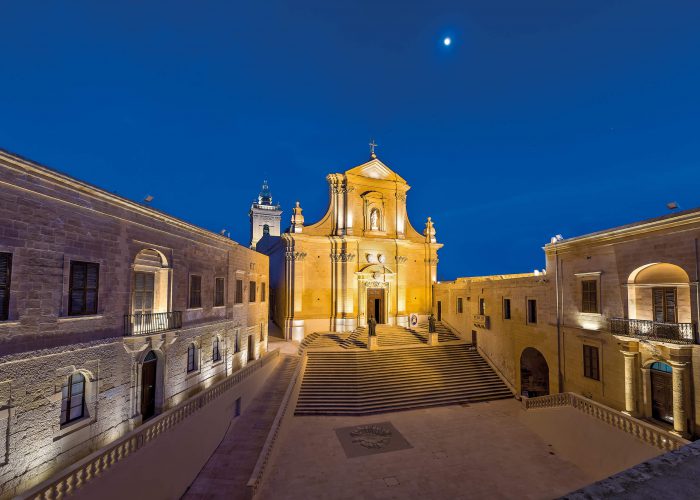 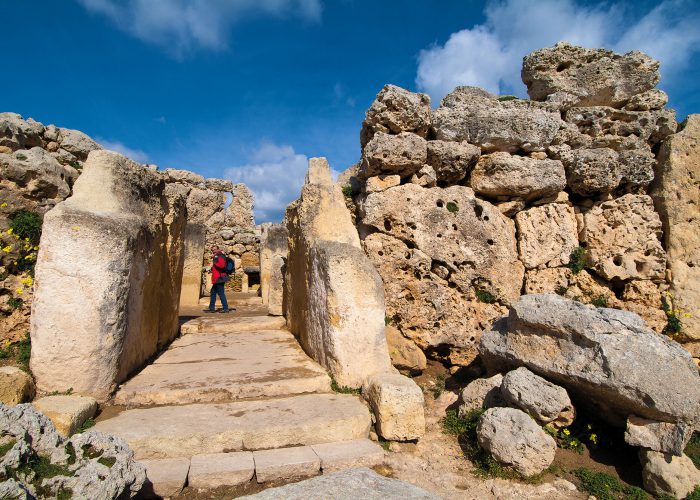 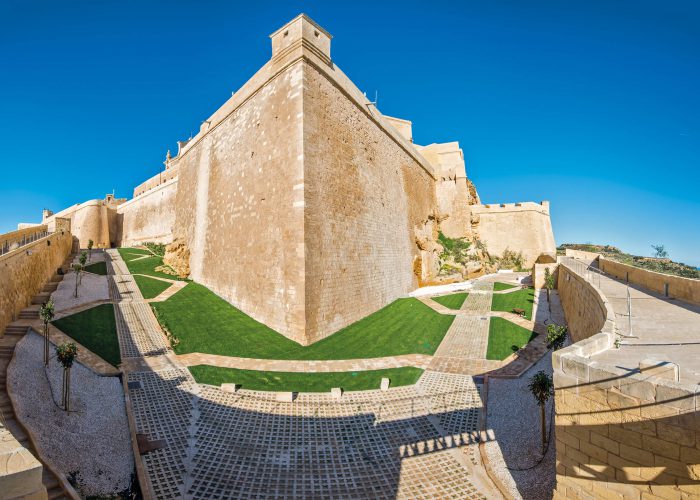 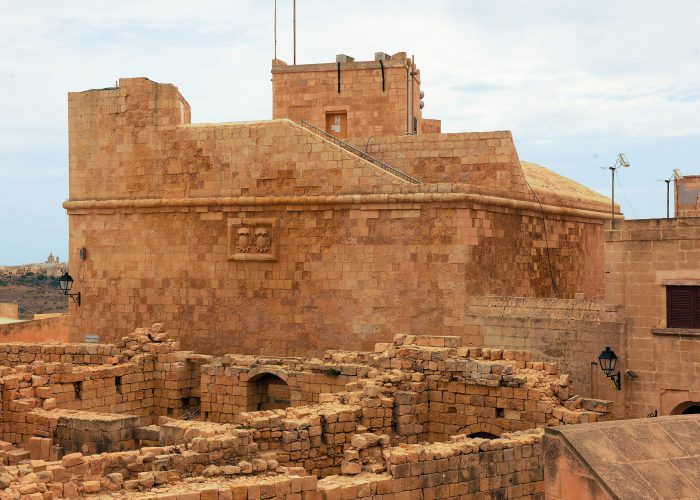 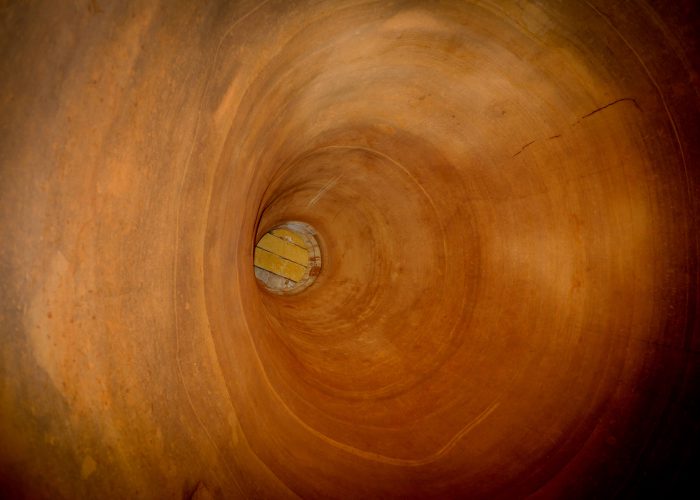 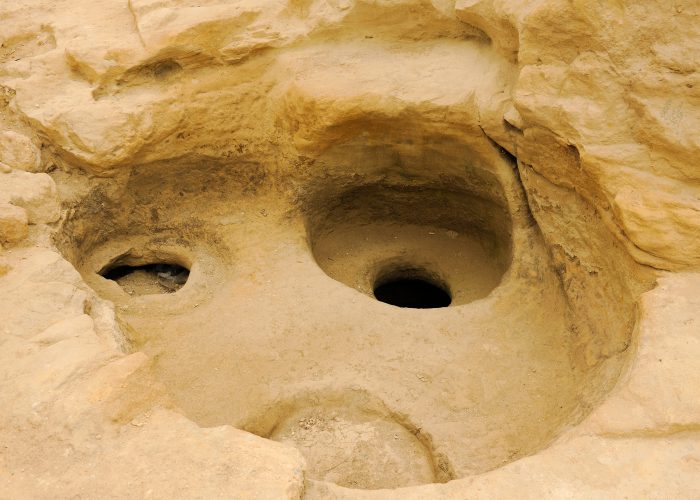 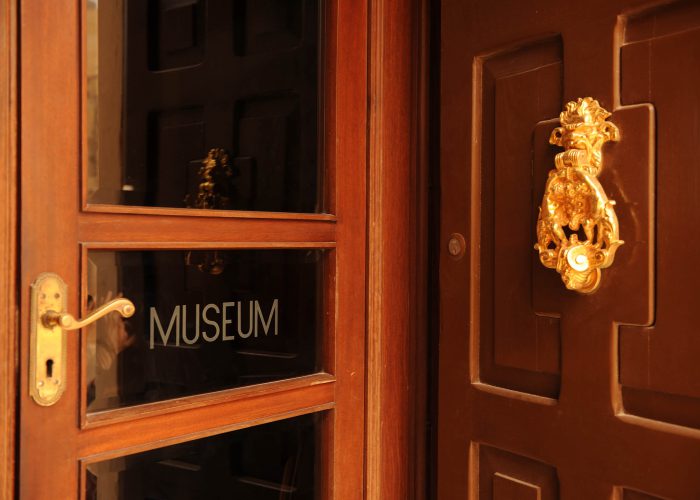 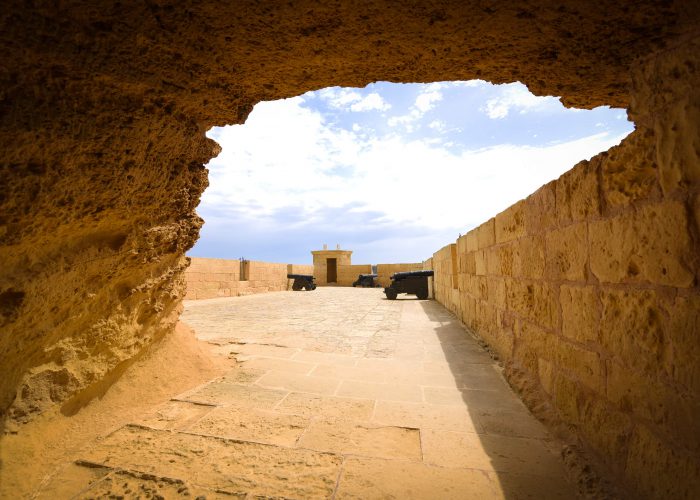 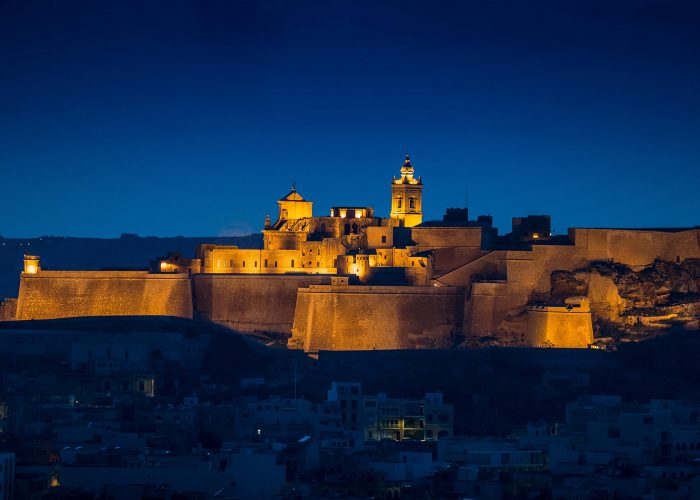 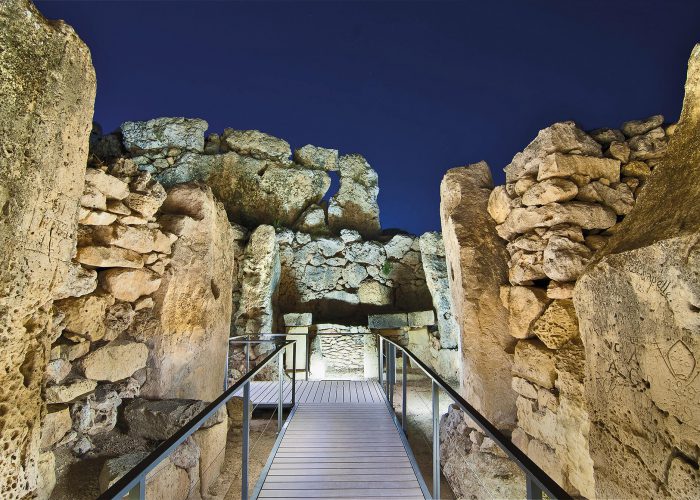 Gozo’s fascinating history is closely intertwined with the story of its sister Island of Malta. Gozo shares the colourful legacy of the many different peoples who have invaded, traded and settled in the Maltese Islands over the last seven thousand years.

Human habitation here dates back to around 5000 B.C.- and the oldest known settements are in Gozo. The earliest settlers came from Sicily, some 88 kilometres to the North, so they would have reached Gozo before Malta. As early as 3600BC, the people of Gozo were builidng sophisitcated stone structures, including the Ġgantija Temples, now some of the oldest freestanding stone buildings in the world. Their remains, with UNESCO World Heritage status, can still be seen in ix-Xagħra.

The historical record begins with the Phoenicians, the famous Mediterranean traders, from today’s Lebanon, who introduced cloth dyeing and maritime trade to Malta. Their close relatives, the Carthaginians, succeeded them and, after a brief period of Greek influence and the three Punic Wars, Gozo and Malta became part of the Roman Empire. The Romans introduced the code of law and used the Maltese Islands as a hub for honey and olive oil exports. They left behind villas with lavish mosaic floors and a maze of late-Roman catacombs.

Christianity was brought to Malta in 60 A.D. by St. Paul, and properly took hold under the Byzantines, from the Eastern Roman Empire. In the late 9th Century A.D. the Arabs, after taking Sicily, took control of the Maltese Islands. They introduced the Water Mill and the cotton plant that proved to be the mainstay of the islands’ economy for centuries to come. The Arabsinfluenced our present language, gave us the names of Malta and Għawdex (Maltese for Gozo), together with the oldest village and family names on the islands.

The Normans re-established Christianity in Malta and Gozo in 1090. There followed a period when the Maltese islands were handed around the aristocracies of Germany, France and Spain. The islands were taken over in turn by the Swabians (1194); the Angevins (1268); the Aragonese (1283) and finally, the Castilians (1410). Malta and Gozo together were often leased in fiefdoms under the feudal system then practised throughout Europe. There are few records about this feudal period, but in Gozo, the Angevins had a cemetery in today’s ir-Rabat , where French nobles and crusader casualties were almost certainly buried. Several tombstones and artefacts from the period were saved from destruction and can still be found in the Museum of Archaeology in ir-Rabat (Victoria).

The crucial period of the Hospitaller Knights of the Military Order of St. John – now commonly known as the Knights of Malta– commenced in 1530, after they lost their base in Rhodes to the Ottoman Turks. The Knights ruled Malta until the arrival of Napoleon in 1798. At first, the new rulers still yearned to recapture Rhodes and as a result, did not adequately improve the islands’ defences leaving them open to ever more ferocious attacks by Turkish corsairs. Gozo, in particular, suffered terribly.

In 1551 a strong Turkish naval force attempted an invasion of Malta. It was rebuffed and, rather than leave empty handed, the Turks attacked the less well protected island of Gozo, laying siege to the Citadel at the centre of the capital. With its medieval walls crumbling under constant cannon fire, the Citadel withstood assault after assault until, with all hope of help from Malta lost, the defenders begged for an honourable capitulation. Tragically for the population (then numbering around 5000) the surrender terms were far from honourable: excepting only 40 of the elderly and infirm, Gozo’s entire population was chained and taken into slavery.

The Turkish raids culminated in the Great Siege of Malta in 1565. The Knights of St John and the Maltese won a narrow victory which reduced the Ottaman enthusiasm for attacks on the Maltese Islands and led to the Order of St. John establishing itself permanently in Malta. The result was the building of a new fortified capital city – Valletta, and – eventually – the strengthening of fortifications in Gozo too.

The next 230 years were a time of relative prosperity. The population expanded, villages became towns, areas of coast were settled or re-inhabited and Baroque architecture sprang up across the islands. This is the period that created many of today’s Maltese icons, from churches to the massive fortifications.

The rule of the Knights came to an abrupt end in June 1798 when Napoleon captured the Maltese Islands with unexpected ease. The Grand Master capitulated after a feeble, sporadic and confused resistance. Napoleon made his grand entry into Valletta and within a week Grandmaster Von Hompesch, accompanied by a few knights, left the Island unceremoniously. Malta became part of Republican France with its new revolutionary ideals. In his short stay in Malta, Napoleon abolished the nobility, revised the civil laws, and introduced education for all classes. He also launched the judicial system of trial by jury, something unthinkable in the royal courts that still ruled most of Europe.

The French, in dire need of gold to pay the army started to strip palaces, Auberges and other buildings of everything of value – not a practise likely to endear them to the local population. The French Governor, conveniently forgetting previous promises, next turned his attention to the churches. Feeling among the highly religious population was already running high and the looting of their churches was the last straw. A mere three months after their arrival on the islands the French were in trouble.

Gozo was the first to overthrow the French occupiers. Under the leadership the Archpriest Saverio Cassar, they revolted and surrounded the French in the Citadel and in Fort Chambrai (above Mġarr harbour). A small number of British troops landed on Gozo shortly after this and the French surrendered to them in October l798. On Malta, the French garrison locked itself up in Valletta for two years, but here too they eventually fell to the Maltese with British support.

Under the Treaty of Paris (1814) Malta was confirmed as a British Possession. As steam replaced sail, Malta became an important coaling station, all the more so after the opening of the Suez Canal in 1869. The ever present problem of the water supply also received urgent attention. In Gozo an aqueduct system was constructed to bring fresh water to ir-Rabat (Victoria). Part of this aqueduct still stands today, crossing the main road from the West of the island into the capital. Another British construction that remains operational is the Ta’ Ġurdan Lighthouse, sitting proudly on a hill above the village of l-Għasri.

It was during the British period that Gozo became a separate diocese from that of Malta. The Gozitans had been petitioning the Pope since 1798 to grant them an independent diocese. Finally, On 9 June 1855, three representatives of the Gozitans brought up the matter in a private audience with Pope Pius IX. The kind Pontiff pitied the petitioners and promised his support. However, it was not until 16 September 1864 that Pope Pius IX, through the Papal Bull Singulari Amore (With remarkable love), allowed the islands of Gozo and Comino to secede from the diocese of Malta. On 22 September 1864, Bishop Buttigieg was elected the first bishop of Gozo and on October 23 he made his solemn entry into the Cathedral Church of Santa Marija in Gozo’s Citadel.

The military importance of Malta and its islands was clearly demonstrated during the Crimean War (1854-56) and the First World War (1914-18) when Malta became a rear base for the departure of troops and a receiving station for casualties. But it was in the Second World War (1939-45), that Malta was brought into the frontline of operations and played a crucial strategic role. Gozo lacked targets of military importance and fared much better than the main island, which was continuously targeted by Axis air-raids and was nearly subdued by hunger and deprivation. It was saved by the Santa Marija Convoy which arrived just in time on 15th August 1942. A few months earlier, on April 15th King George VI had awarded the George Cross Medal for gallantry to the entire population of the Island Fortress of Malta.

After the destruction of the war, the Maltese Islands started to rebuild themselves; political parties emerged and yearned for Independence. Meanwhile, the British Empire was slowly transforming into a Commonwealth of Nations and Malta was losing its strategic military importance. Malta officially asked the British Government for independence in 1962 and after tough negotiations, this was granted on 21st September 1964.

Malta never looked back. It became a Republic in 1974 and on 31st March 1979, the last of the British military personnel sailed out of Grand Harbour on what is today known as Freedom Day. Finally, following a popular referendum, on May 1st 2004, Malta joined the European Union.