For five weeks starting on the 6th of June 2018, Victoria joins the festival cities of the world, with artistes and ensembles from all over the world combining to leave their mark on the soul of the island.

The Victoria International Arts Festival Foundation is a non-profit organisation which organises a full 5-week run of uninterrupted cultural activities. It is the organisation’s mission to organise and present these cultural events free of charge each year. The purpose behind this policy is two-fold, namely, (1) to encourage as much audience attendance as possible: despite producing concerts/activities of a very high standard, as is attested by the programmes presented and confirmed by patrons over the years, the focus is on accessibility and inclusivity. Providing cultural activity for free over an uninterrupted period of five weeks helps the organisers reach out to a wide spectrum of patrons and (2) it also enables the organisers to come to a very moderate financial agreement with participating artistes. This policy has earned the organisation the respect and admiration of both Maltese and foreign musicians who participate in the Festival.

Over the past years, the Festival has gone beyond the fondest dreams of the organisers to the extent that for some years now, the Festival has established itself solidly as Malta’s longest-running high culture event with an ever-widening international dimension.

Following the unexpected and devastating demise on 25th February 2018 of Prof. Mro Joseph Vella, the Victoria International Arts Festival‘s Artistic Director, this year’s 21st edition will be dedicated to the wonderful legacy that Mro Vella left to those who were privileged to know him, work with him, and enjoy his glorious music.  In fact, the organisers are honouring Mro’s wishes and presenting this year’s programme as he devised and planned it with his team. 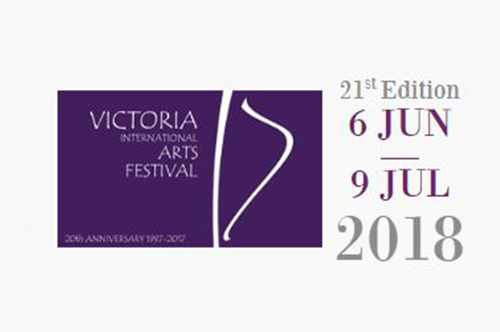