Sunday 21st  July – 19.00hrs – the start of a solemn procession with St. George’s Statue around the streets of Victoria. The emergence of the statue from St. George’s Basilica is a must see. 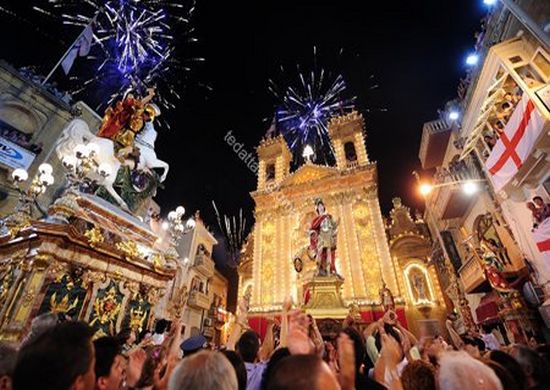