Tosca, an everlasting favourite with the audiences, returns to the Aurora in a completely new production brought to life by camilleriparismode, under the stage direction of the world-renowned Vivien Hewitt, after recent successes in 2011 (an Aurora’s own production) and 2014 (A Gaulitanus Choir Production). Attracting the biggest names in the world of opera since its premiere in Rome in 1900, Tosca 2011 brought to the Aurora the biggest-ever international cast comprising soprano Michele Crider, tenor Neil Schicoff and baritone Juan Pons. This time round, the Aurora made it a point to take the star-quality element in the cast further than simply the main three roles. It is with pleasure, and a good dose of excitement that we announce our stellar cast, comprising Amarilli Nizza (Tosca), Stefano La Colla (Cavaradossi), Marco Vratogna (Scarpia), Frano Lufi (Angelotti), Matteo Peirone (Sacrestano), Cliff Zammit Stevens (Spoletta), Joseph Lia (Sciarrone) and our very own Mattia Grech (Shepherd Boy).

The Aurora management also secured a high-quality trio of artists to design the production, i.e. stage direction, costumes and sets. The renowned opera stage director, Vivien Hewitt is set to raise the bar insofar artistic direction is concerned. Brought to life by camilleriparismode, the family firm that has been associated with luxury fabrics and high-end interiors since 1890, Aurora’s Tosca will flaunt Luke Azzopardi costumes and sets designed by Andrew Borg Wirth as part of the brand’s artistic involvement. The creation of the design team is then being produced in-house, so much so, the 2018 Tosca brings with it an added made-in-Gozo value. Thus, it is also with a degree of pride that the Aurora celebrates not only the engagement of its design team or the assembly of its international cast but also the craft, the skill and the energy of its industrious guild of volunteers and collaborators.

The work, based on Victorien Sardou’s 1887 French-language dramatic play, La Tosca, is a melodramatic piece set in Rome in June 1800, with the Kingdom of Naples’s control of Rome threatened by Napoleon’s invasion of Italy. It contains depictions of torture, murder and suicide, as well as some of Puccini’s best-known lyrical arias. The dramatic force of Tosca and its characters continues to fascinate both performers and audiences, making this masterpiece one of the most frequently performed, justifying at large, its return to the largest opera house on the islands after such a short period of time. 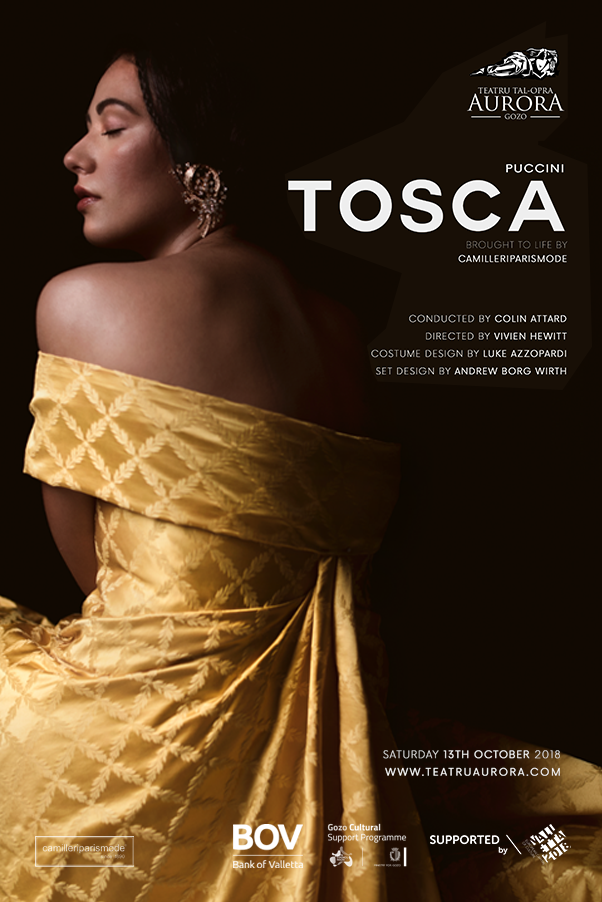 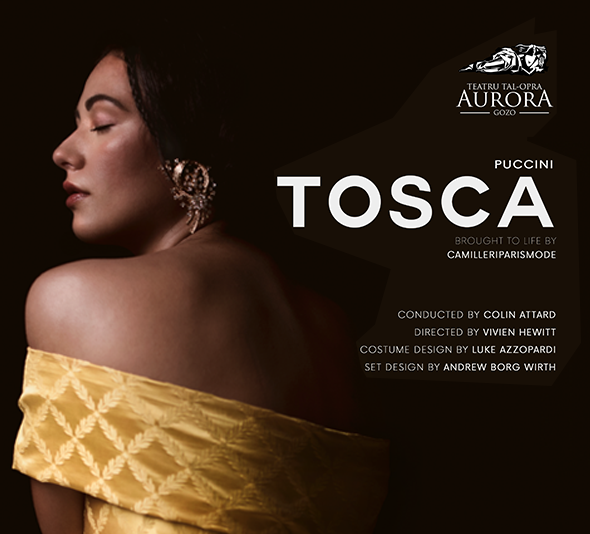