The Biggest Re-enactment ever held in Malta and Gozo

550 re-enactors from 17 countries shall bring episodes of Gozo’s history back to life by re-creating landmark events illustrating the French invasion of Gozo, the Islanders’ rebellion, and subsequent liberation.

The re-enactment is being organised by HRGM (Historical Re-enactment Groups of Malta) with the collaboration of members of 60 other re-enactment societies coming from places as far apart as Norway and Australia, and Spain and Russia, and who represent Maltese, French and British military forces, and also a number of civilians.

All events in programme are free of charge

A detailed programme can be downloaded here 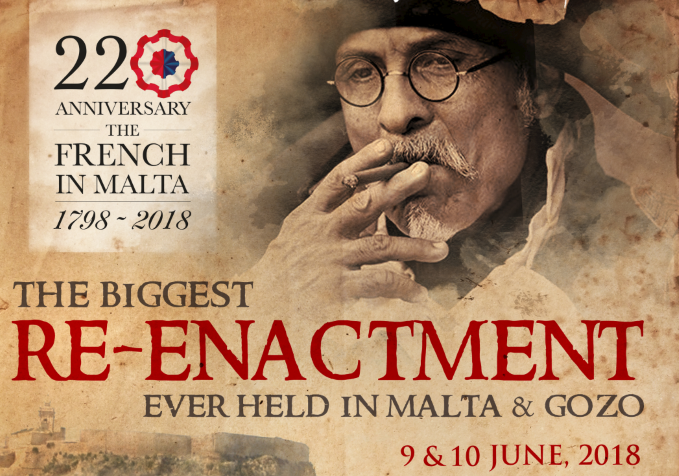