Talk & Book Launch: Sirius The Star of the Maltese Temples

The magnificent prehistoric temples in the Maltese islands that once dotted the landscape have long been dated to the late Stone Age and no earlier. However, this view has been repeatedly challenged at various times during the past hundred years.
Through the discovery of the orientation of the remaining eighteen temples to a single star, Sirius, the new dating that has resulted places the oldest temples more than 5,000 years earlier.
You are cordially invited to hear the author explain her astonishing conclusions as the result of ten years of independent research. 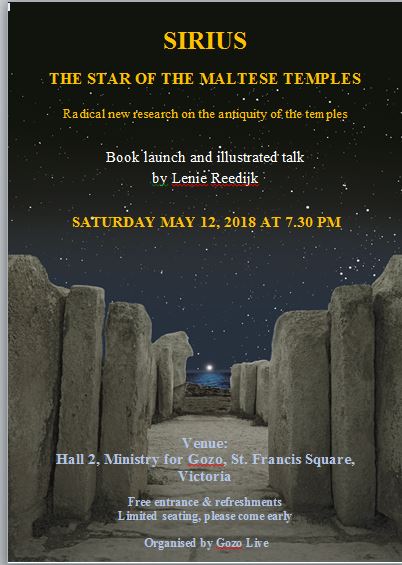