OVID is a fusion of music from Handel’s opera-oratorio Semele (1744) and Britten’s Six Metamorphoses After Ovid (1951) for solo oboe, woven together with song and dance to give the audience an insight into the ancient world, half human and half divine, half good and half evil. It was devised by Richard Vendome for the celebration by Oxford Girls’ Choir of the 2000th anniversary of the death of Roman poet Ovid (Publius Ovidius Naso, 43 BC–17/18 AD). 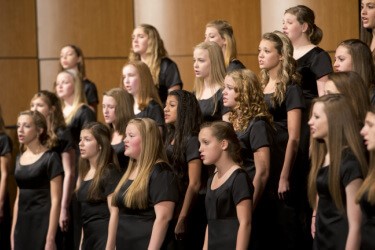