Tickets are out for the much-awaited BOV Super Cup – Gozo Edition, which will be played on the 8th of December 2022 at the Gozo Stadium (16:00).  The Malta FA has announced that it is offering discounted tickets until the end of November.

A sizzling game is expected when BOV Premier League winners Hibernians face IZIBET FA Trophy winners Floriana in the BOV Super Cup – Gozo edition.  This will be another classic between two of Malta’s top teams.

A contest between these two sides who have already met twice during the history of this competition.  The 1993/94 edition was won by Hibernians on penalties after the game ended 2-2.  Meanwhile the last time these two teams met in this competition, was in the 2016/17 edition when Floriana won 1-0.

Will it be a fourth victory for Hibernians, or a third one for Floriana?

Tickets
The Malta FA is offering early bird prices if you buy your ticket now for the Gozo Stadium North Stand.  Tickets can be bought online HERE

Stand Allocations
In the meantime the Malta FA has announced that stand allocations for fans of the respective teams will be as follows:

Club side tickets can only be bought from the respective clubs. 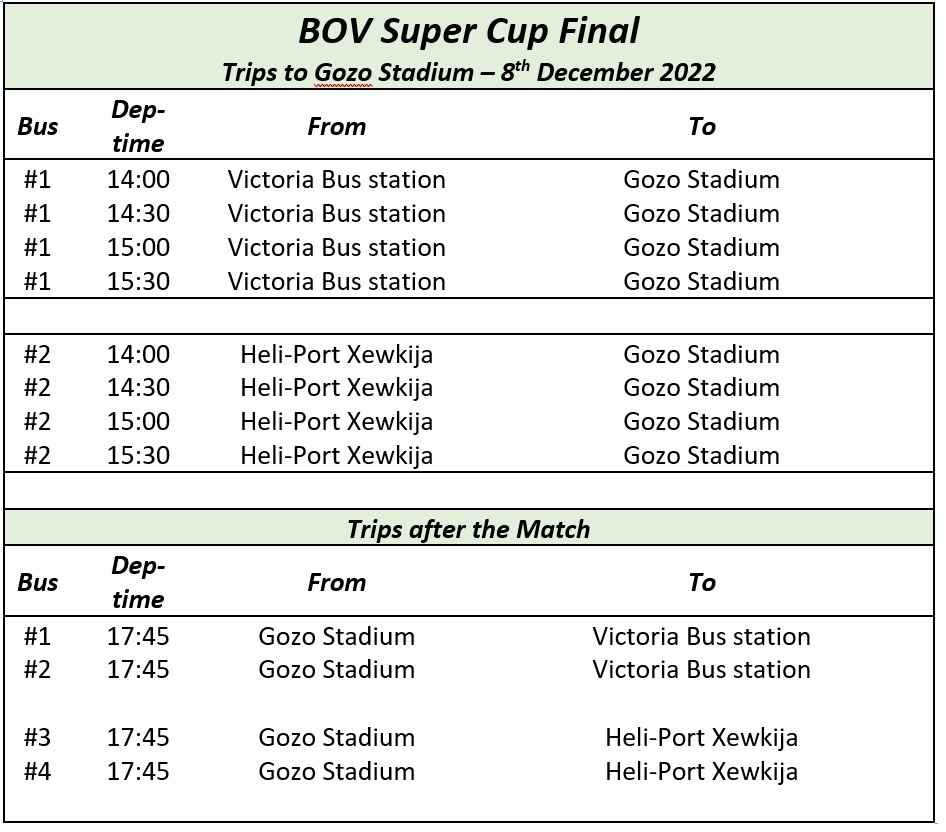 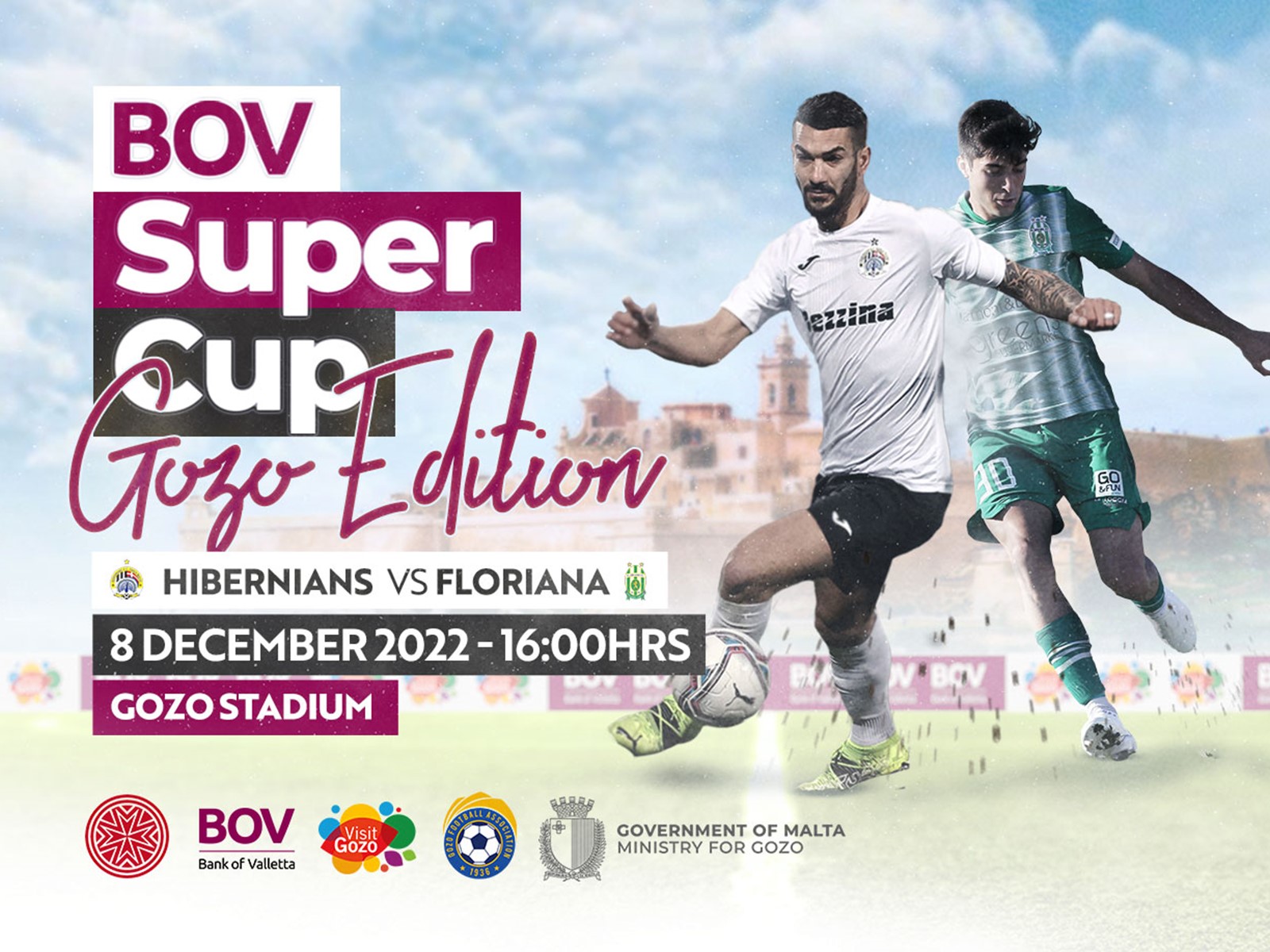