Giovanni Verga’s masterpiece, “La Lupa”, is set to come to life in a production staged by the Gozo Creative Theatre Club, based on David Lan’s “The She-Wolf”, an English-language adaptation for the Royal Shakespeare Company.

This compelling drama of love and loss starts with jovial dancing and singing which slowly builds up tension by gradually developing into a battle of wills for the three main characters: Nanni, Pina and Mara, fighting their Christian beliefs along with their temptations, culminating in a decisive ending. Nanni, a man who is bewitched with Pina, also desires her daughter Mara, thus consuming himself and those close to him. Mara does not want Nanni at first however grows to love him resulting in her disowning her mother thus escalating her mother’s decent into madness.

This production, endorsed by Valletta 2018 Foundation, will be held in collaboration with the Gozo College Education Department and the Ambassador & Permanent Delegate of Malta to UNESCO.

The setting for this performance is the remote, rustic and magnificent location of Lunzjata Valley in Victoria, Gozo on Saturday 30th June 2018 and Sunday 1st July 2018 at 8pm. This is the first time that a play will be held in this beautiful location. Entrance is free. The seating will be on a first come first served basis. 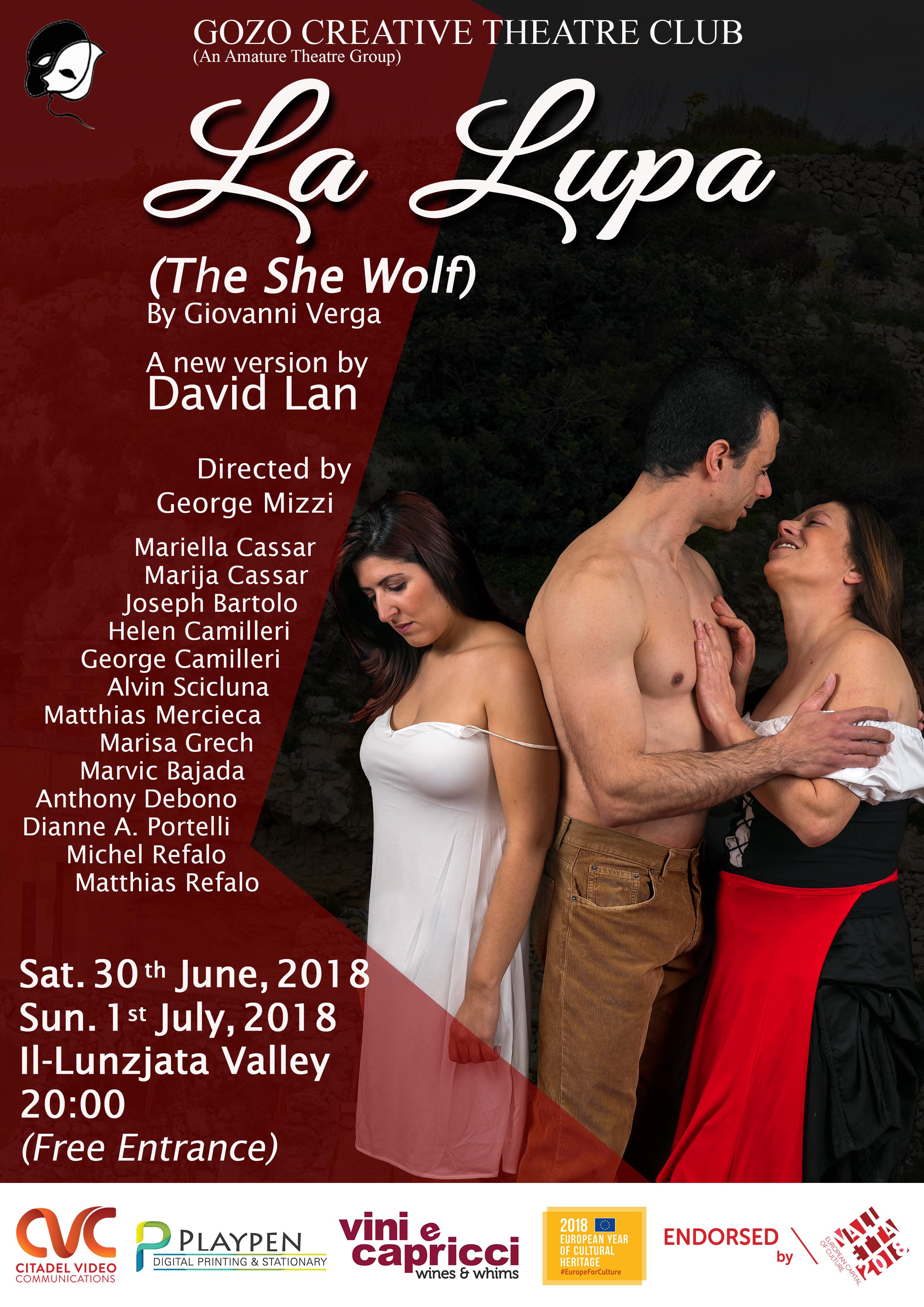