The Imperial College London Choir, formed in 1949, is a large non-auditioned choir at the Imperial College London. It is an eclectic mix of students and staff currently led by the brilliant conductor Colin Durrant. Apart from the term concerts, the choir performs at the Royal Albert Hall for graduations, charity events and during Christmas time. Dr Colin Durrant is a choral conductor and workshop leader in conducting and singing. He has a wide experience both in the UK and overseas, notably USA, Singapore, Hong Kong, Taiwan, China, Kenya and Australia.

The repertoire being presented for the concerts in Gozo and at Mdina is a summer extravaganza celebrating the magnificent English choral music through the ages – from the reign of Queen Elizabeth I to Queen Elizabeth II. Additionally, these concerts commemorate the Platinum Jubilee of Her Majesty Queen Elizabeth. Among the pieces to be performed, there are Elgar’s Ave Maria, Handel’s Worthy is the Lamb and Amen (from Messiah), Vaughan Williams’ O Clap your hands and music by contemporary composers Bob Chilcott and Paul Mealor.

The concerts are free of charge and everyone is invited. For more information, you can contact Schola Cantorum Jubilate on [email protected] or mob. No. 79450950. 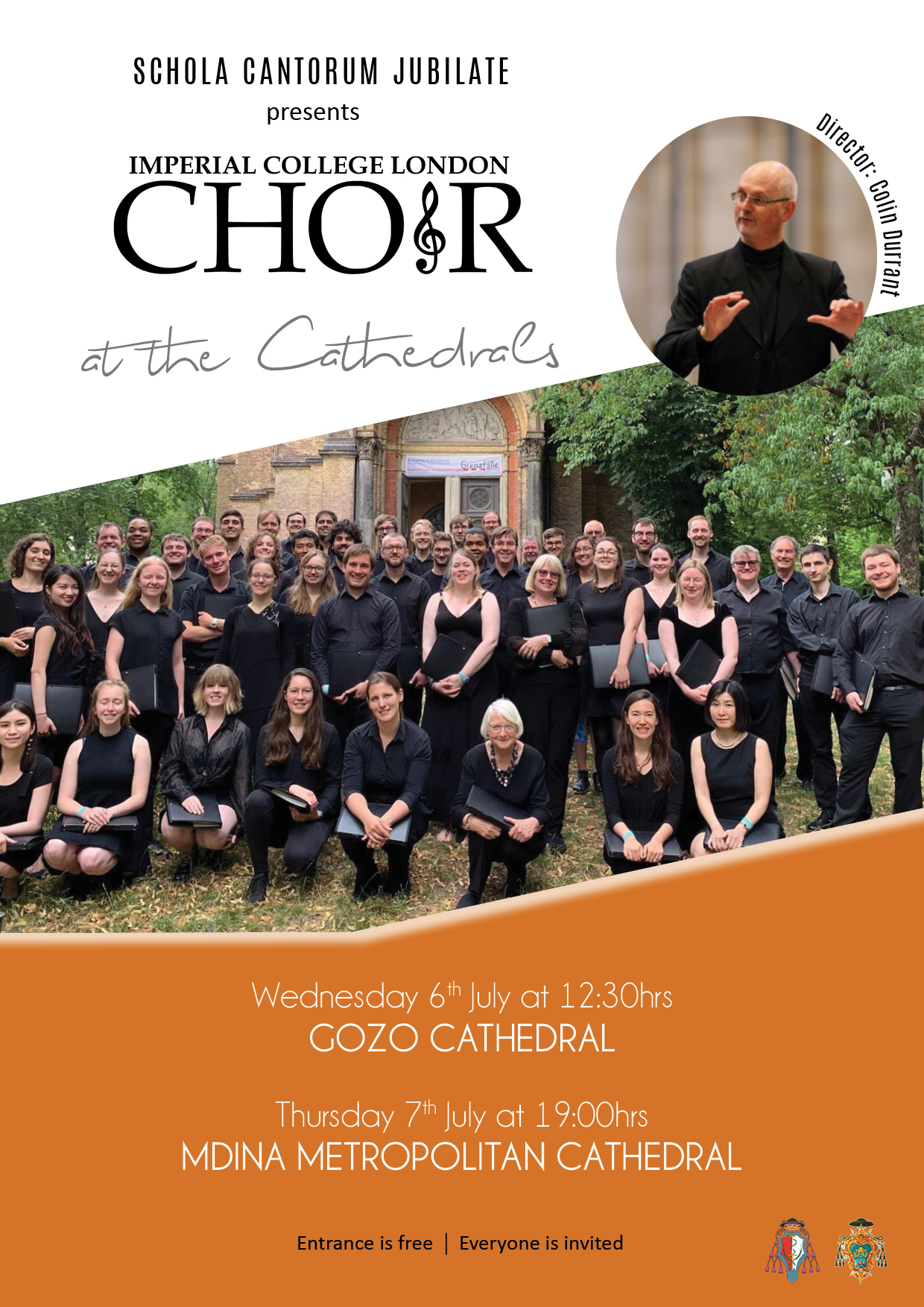 A Call for Peace

A Serenade for Valentine's

In the Name of Love

Night Across the Meadows

OPERA VS POP UNDER THE STARS – 14th EDITION

STAGE AND PROMS ON THE SEA