This production is an adaptation for the stage by Joe W. Psaila based on the famous historical novel written by George Scicluna. It speaks about the French invasion of Gozo. We see how Dun Saver, Archpriest of the Matrici, chaplain of the church of Saint George and pro-vicar of the bishop of Malta, led the Gozitans with wisdom and foresight and freed them from the French occupation before the island of Malta, without fighting and bloodshed. Around fifty actors take part in this production which is being staged at the Citadel, in the same place where this story unfolded two hundred and twenty years ago.

This production is being staged on ‘Gozo Day’ by the Gozo Creative Theatre Club with the collaboration of the Region of Gozo, and is being directed by George Mizzi. In case of bad weather the play will be held at the Sentinella (Citadel). The play is in Maltese. 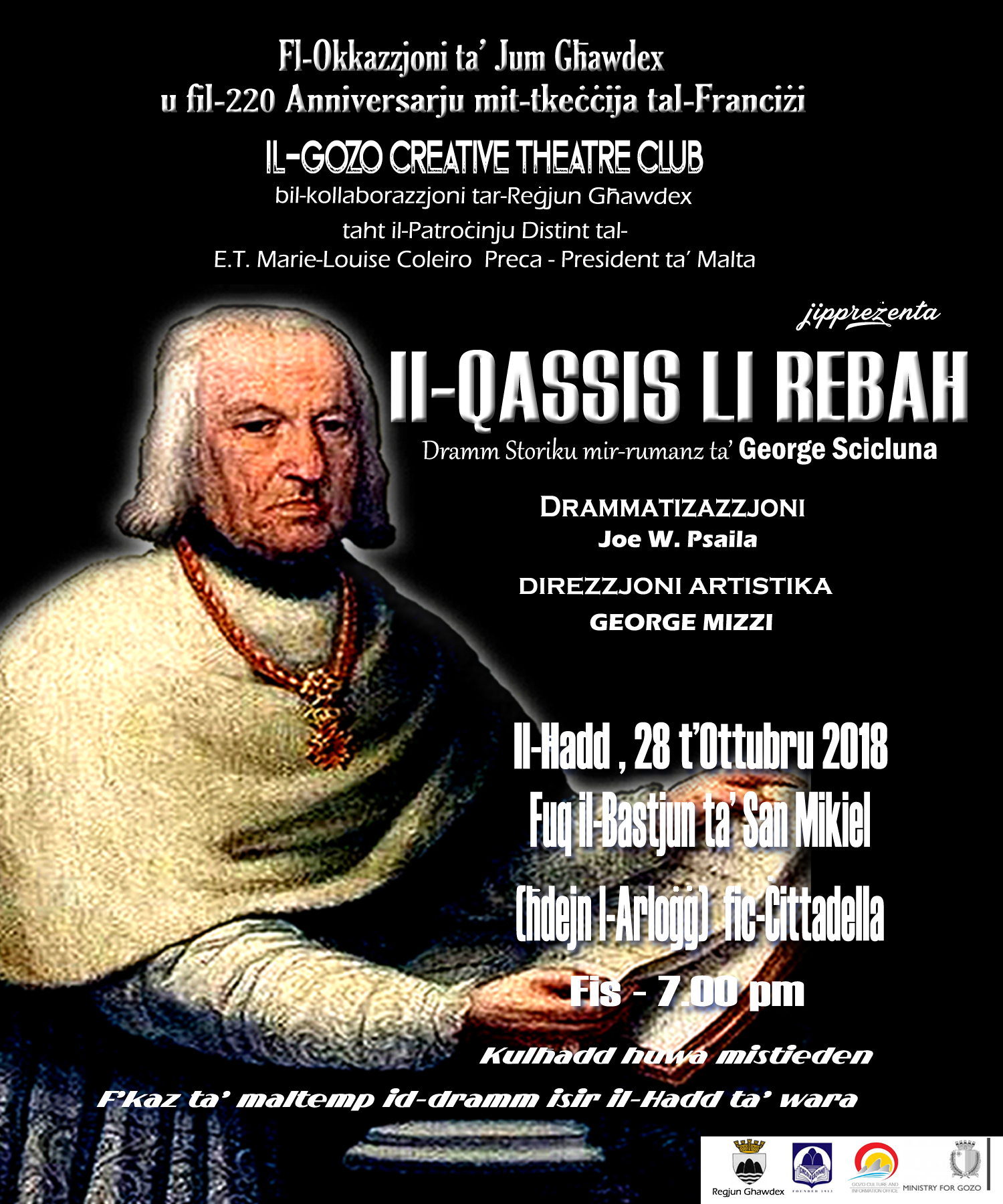 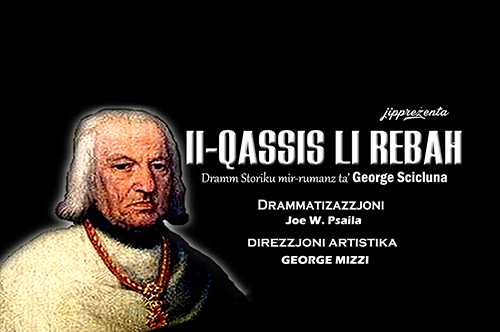