Carols in the Cathedral

The SCJ Children’s Choir in concert
In the year 2017, Schola Cantorum Jubilate, established the SCJ Children’s Choir with the aim of musically educating young music aspirants in a professional way while exposing them to the beauty of the choral world. In fact, these young choristers apart from learning new pieces, learn music theory, voice technique and sight singing.
Results could be easily seen in such in a short time. These children learn by heart their music and perform superbly. They have already participated in various concerts in Gozo amongst which Lejla tar-Rebbiegħa with the participation of the Malta School of Music, Once upon a …song, Trail of Voices 2018 and lately in the first opera staged in Gozo for children, Bo-Peep, a little little Opera for Children composed by the late Joseph Vella.
Carols in the Cathedral is their next appointment with the audience. They have been preparing since November various Christmas pieces that will be performed during this Christmastide concert, precisely on Friday 27th December at 7pm at the Gozo Cathedral that lies in the heart of the Citadel, undoubtedly a prominent historical site.
This concert will include various Christmas Classics amongst which ‘Silent Night’, ‘Joy to the World’ and ‘O Holy Night’. However, it will include also contemporary compositions written specifically for children’s choirs. Among the composers who will be interpreted there are Sleeth, Estes, Jolliffe, Menken. The choir will interpret also ‘Milied Malti’, a medley of Maltese għanjiet arranged by Chris Muscat.
The Echo String Ensemble will be in attendance and will perform other traditional carols with musical arrangements by Emese Tóth who is also responsible for the ensemble. The concert will be under the direction of Marouska Attard and accompanied by pianist Amy Rapa.
Everyone is invited for the concert and entrance is free. In fact, though this concert is performed by children, it is suitable for all ages because a message for everyone will be delivered during this outstanding event that enriches the season. 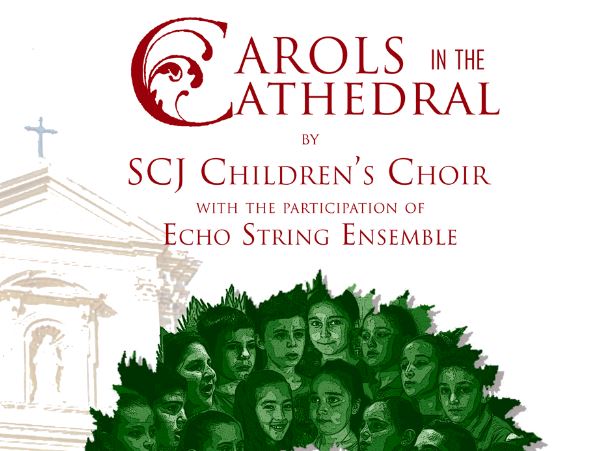