A Call for Peace

A Call for Peace by the young at SCJ

A Call for Peace is an end-of-year concert by the younger sections of Schola Cantorum Jubilate. It is the children and adolescents’ utter for peace through music. This concert will be held on Thursday 14th July at 8pm at the Kempinski Hotel in San Lawrenz, Gozo.

The SCJ Children’s Choir was formed in 2017 with the aim of involving the upcoming generation in a sound musical education that prepares them for professional singing. As time passed, it was necessary to set up the SCJ Teenage Boys Singers. They started having specific sessions that were suitable for their voice change while exploring choral pieces suitable for their voice range. Lately, in September 2021, a new group was set-up. This includes younger boys and girls from age 6 to 8. They are being introduced to music and to the choral world.

These children’s choirs are part of Schola Cantorum Jubilate that has been  under the direction of Marouska Attard since its inception, way back in the year 2000. Ms. Attard is a Master-graduate from the Royal Welsh School of Music and Drama with a specialisation in choral direction. She is passionate about choral singing and does her utmost to see her choristers succeed and progress in their singing.

A Call for Peace will feature the three sections of the younger groups. It is also the official debut of the younger group who are now eagerly preparing for their first performance and enthralled to join the older groups. The repertoire is rather contemporary with compositions by Stroope, Donkin, Papoulis, Johnson and Estes. One particular song, ‘Smile’, was composed by British Charlie Chaplin who is mostly known as a comic and filmmaker but who was also a composer.  The choir will be accompanied by choir répétiteur Amy Rapa and two young percussionists from The Clef House.

This event is being brought to you in collaboration with the Cultural Heritage Directorate within The Ministry for Gozo.

Entrance for this concert is free of charge but booking in advance is necessary. Booking can be done through an online application on booking.scjchoir.com or else contact us on 79450950. Join us and listen to our children’s plea for peace… because peace is not absence of war, but it is a virtue that sustains our well-being. 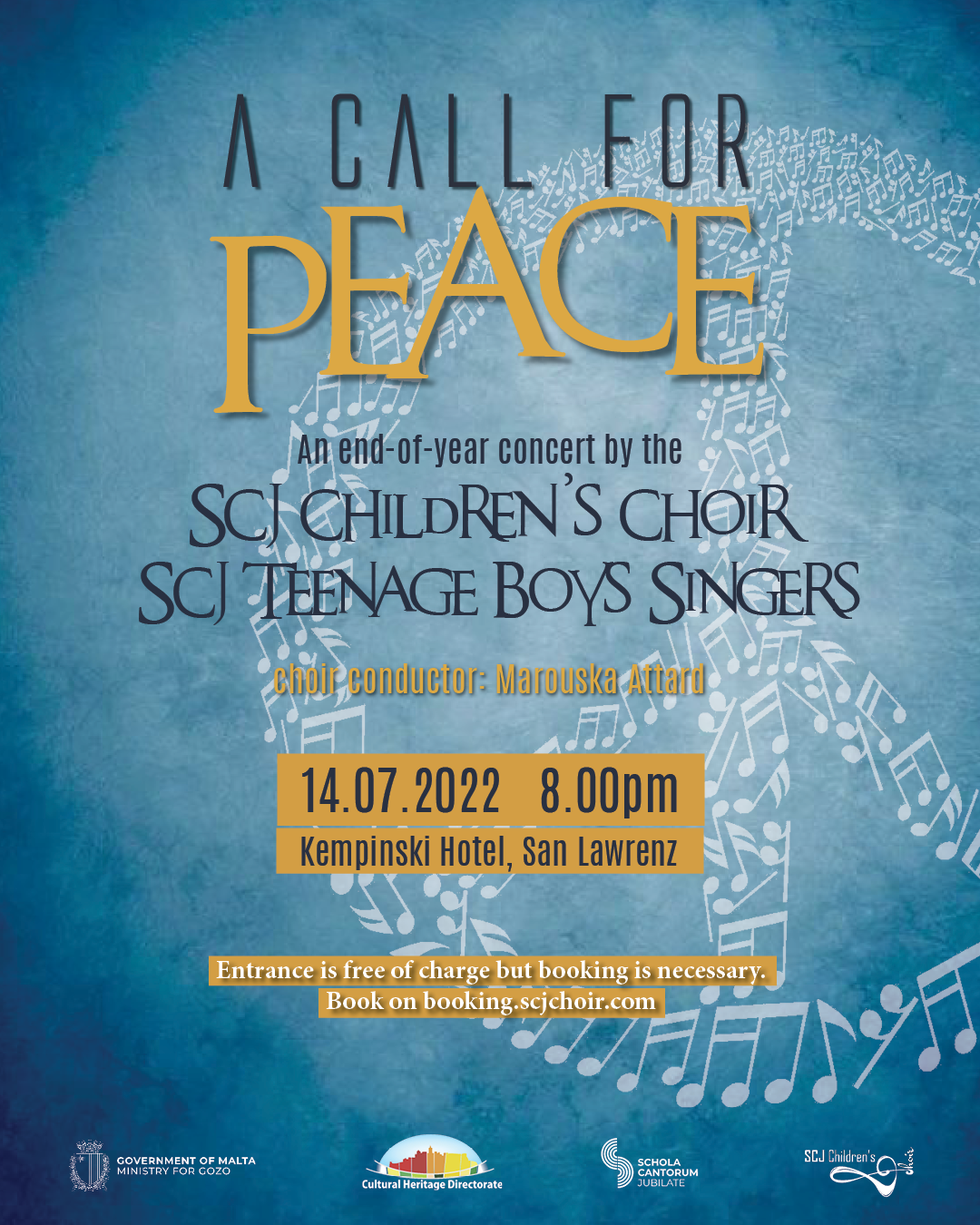 A Serenade for Valentine's

In the Name of Love

Night Across the Meadows

OPERA VS POP UNDER THE STARS – 14th EDITION

STAGE AND PROMS ON THE SEA